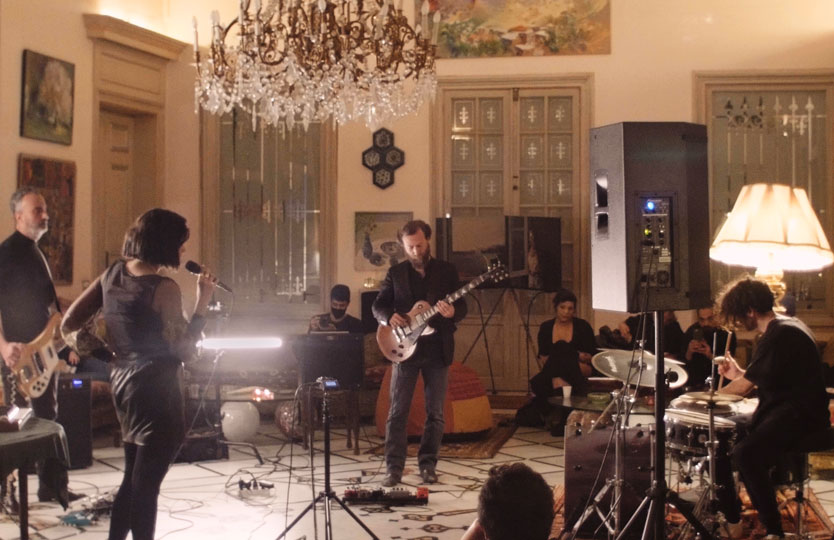 Calamita is the “rock project” of Sharif Sehnaoui and Tony Elieh, two of the most active musicians on the Lebanese experimental scene. Sehnaoui comes from a jazz and improv music background, working with Mazen Kerbaj and Raed Yassin in the "A" Trio to develop a music they sometimes refer to as "textural swing". Elieh is primarily a rock musician, founding member of the Lebanese post-punk band The Scrambled Eggs whose work in the last decade has covered many directions from pop-rock to plain experimental.

Together they have developed several projects, including their unique Percussion Duo that exclusively explores percussion techniques on strings, the seven piece band Karkhana, or Wormholes Electric, an audio-visual performance with Kerbaj drawing live.

In this version of Calamita they are joined by Lebanese drummer Malek Rizkallah. They use this format to develop instrumental pieces that draw their inspiration from musical entities as diverse as Tony Conrad, Last Exit or Om Kolthoum.

Together with Egyptian singer Aya Metwalli they aim to fully revisit the song format and explore the possibilities of classical Tarab songs, extracted from their origins and reframed within the music of the twenty-first century.