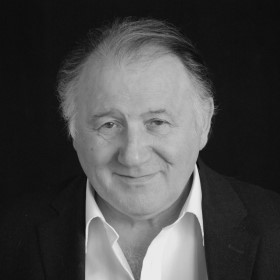 Since 1964 Peter Weibel has been developing art forms that have led him from experimental literature to performance. In his artistic actions he not only investigates language and the body, but also the conditions of film, video, audiotape and interactive electronic environments. Weibel critically examines their function in the construction of reality. He has participated in numerous actions with Günter Brus, Otto Muehl, Hermann Nitsch, Valie Export, Hans Scheugl - from Viennese Actionism to Expanded Cinema. Within the scope of his artistic research he works with different materials, forms and techniques. His work includes texts, sculptures, installations, films, videos and music, in which he makes use of computer and web technologies.

Weibels Wort Welt (current articles by and with Peter Weibel)

Works and articles by Peter Weibel at Media Art Net