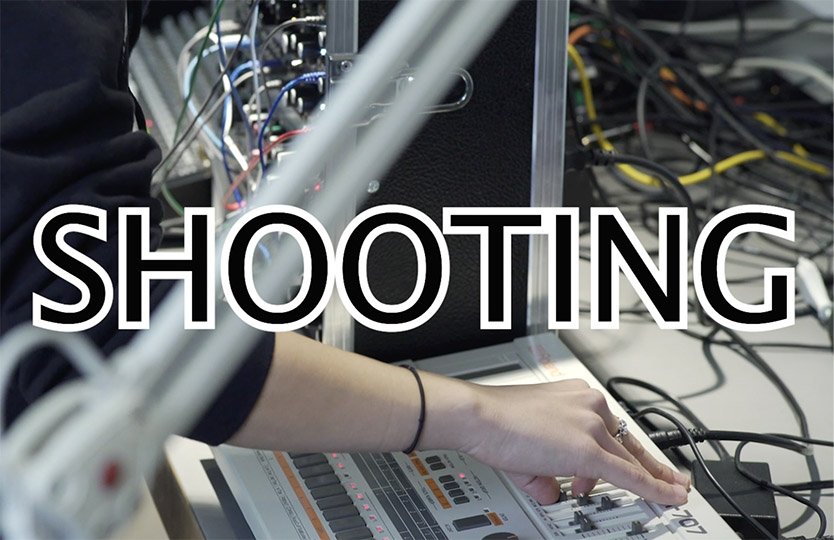 For the digital Open Studios by the JUNGE AKADEMIE, artists Ada Mukhina, Nazanin Noori, Mia Sanchez, and Cássio Diniz Santiago present works-in-progress in artist talks and performances as well as silent insights into the studios. They present various research and stories they worked on at the Akademie der Künste spaces in the Hansaviertel this autumn/winter 2020.

“How to sell yourself to the West?”, asks Ada Mukhina (St. Petersburg/Russia) in her lecture performance by the same name at the Akademie der Künste spaces, addressing questions of diversity and stories of success in the Western art world. The starting point is the Archives of the Akademie der Künste and the history of its prizes,  such as the Tilla Durieux Jewellery of the Performing Arts Section, which is awarded every 10 years as a necklace containing 34 zircons set in platinum. Or the Hermine Körner Ring, inset with an antique Persian coin, which honours an "actress seriously striving for excellence" for their lifetime. Who makes the decisions and according to what criteria? Listen carefully…

In his current project “Grammar”, performer, theatre maker and researcher Cássio Diniz Santiago considers a new grammar of art and life based on experiences of marginalised voices. The film and research project is based on his work on the performance S.C.H.U.U.U.L.E., which he realised with Susann Maria Hempel, also a JUNGE AKADEMIE fellow, in the form of a scenic classroom. Twelve professors convey unconventional knowledge gained from the experiences of their specific lives. Is it possible to develop a grammar based on other values and different knowledge that does not exclude marginalised voices?

Nazanin Noori's work is comprised of theatre and radio play direction, music, and text. Her focus is on the decomposition and manipulation of language, atmospheric narratives in sound, overcoming cultural narratives of sentiment in the dramatic adaptation of non-dramatic texts, and the action on stage as a ritual act. She is currently writing a dramatic text in English and German, which is called 'Apology / Apologie': It is based on Plato's 'Apology of Socrates' and a lyrical secession of the defence speech given by Socrates, who is about to be executed.

Mia Sanchez works are often made in series and play with scale and stage-like characteristics. The use of repetition and scene-like settings suggests narrative connections. Some resemble props from a puppet show; the works' childhood associations open up spaces of remembrance. The serial nature of the objects, however, shift these mementos from the purely personal towards the social. The inner as private, personal experiences, the outer as the structurally order we are enveloped by; being true to the personal is political.

For the digital Open Studios by the JUNGE AKADEMIE, artists Ada Mukhina, Nazanin Noori, Mia Sanchez, and Cássio Diniz Santiago present works-in-progress in artist talks and performances as well as silent insights into the studios. They present various research and stories they worked on this autumn/winter 2020.