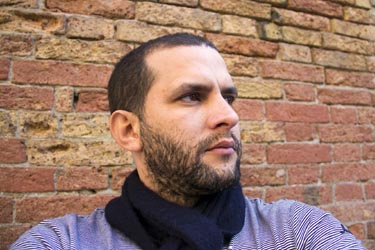 Humberto Díaz studied Ceramic and Graphic Design in the School of Visual Arts of Trinidad, 1995. In 2004, he graduated in Sculpture and did postgraduate studies in Performance Art at the Institute of Fine Arts, Havana. He has had more than twenty solo shows and hundreds of group shows. Humberto Díaz is well-known for his site-specific installations, videos, and performances, participating in important national and international events, including The Havana Biennial (VIII, IX, X, XI y la XII), the IX International Biennial of Contemporary Art, St. Petersburg, Russia, 2009, the Latin American Pavilion of Contemporary Art at the Venice Biennale 2013, and the Bronx Museum of the Arts, New York. He has been invited as artist-in-residence in Cuba, Turkey, UK, Spain, Mexico, Austria, Switzerland, Poland, Canada, and USA. He was awarded national prizes, such as Grant, STUDIO 21 from the CDAV 2010; National Curatorial Award 2005 given by the National Council of Visual Arts; he was awarded the Grand Prize at the VI Biennial of Ceramic “Amelia Peláez” 2001. His artworks are in important private and public collections in Cuba, US, UK, Spain, Belgium, France, Mexico. He lives and works in Havana.