Women artists of the modern era at the Academy

Between the 16th and 18th centuries, women artists attempting to gain a foothold in the male-dominated domain of the visual arts had to be discovered, find a mentor and make a living from the commissions of aristocratic families. This is why the search for such artists of the period leads us to individuals who married painters and were often taught by their father or a close family member. This was the case, for example, with Catarina von Hemessen (1527/28–1583), Anna Dorothea Therbusch (1721–1782) and Angelika Kauffmann (1741–1807). Only a few of them succeeded in being accepted into academies – among them, Angelika Kauffmann to the Accademia Clementina in Bologna (1762) and the Accademia delle Arti del Disegno in Florence (1762). In 1768, she and Mary Moser were among the founding members of the Royal Academy in the more progressive environment of London. The Académie royale de peinture et de sculpture in Paris, by contrast, accepted only four female painters during the same period. Among them were Elisabeth Vigée-Lebrun and Adélaïde Labille-Guiard, who were admitted together in 1783. Anna Dorothea Therbusch (née Lisiewska) of Berlin finally succeeded in 1767, after initially being rejected, with the submission of her painting Junger Mann, ein Glas in der Rechten haltend, von einer Kerze beleuchtet [Young Man, Holding a Glass in his Right Hand, Lit by a Candle]. She was the only woman to exhibit her paintings at the Salon de Paris of 1767.

Into this climate at the end of the 18th century, and nearly 100 years after the founding of the Royal Academy of Arts in Berlin, pastel painter Jeanette Nohren (1756 Brieg/Brzeg, Silesia/Poland – 1792 Berlin) arrived in Berlin in 1781 to study under Daniel Chodowiecki (1726–1801). The master himself even commented on her exhibited works in a letter to Anton Graff dated 7 July 1791. Nohren was the first woman to be accepted as an honorary member of the Royal Academy of Arts on 11 October 1784 under the patronage of Friedrich Wilhelm II. Her portraits receive mention in the Journal von und für Deutschland (No. VI, 1789, p. 315): “From Mrs. von Sydow, quite good, naturalistic heads, en pastel, but which in quality are still quite behind those done by Mademoiselle Tassaert.” After her marriage to aristocratic Prussian officer Otto Heinrich von Sydow (1761–1840), the couple moved to Breslau, before moving back to Berlin in 1792.

Following Nohren’s admission to the Academy, Suzanne (also known as Suzette) Chodowiecki (1763–1819) first exhibited at the Prussian Academy of Arts in 1786. She was taught by her father, Daniel Chodowiecki, and Anton Graff, and in 1789 was elected as a member of the Royal Academy. The married artist Madame Henry, after initially painting portraits, turned to moralising genre paintings from 1800 with titles such as Die gute und die schlechte Erziehung der Tochter [The Good and Bad Upbringing of Daughters] or Die Folgen der glücklichen und unglücklichen Ehe [The Consequences of a Happy and an Unhappy Marriage]. During this early era of the Academy, these women artists were followed by Henriette-Félicité Tassaert (1766–1818), a member from 1787, and Friederike Julie Lisiewska (1772–1856) an honorary member from 1793. Tassaert, who after her marriage was known by the pseudonym Madame Robert, was the daughter of Flemish sculptor Jean-Pierre-Antoine Tassaert (1727–1788), whom King Frederick II of Prussia had invited to Berlin from Paris in 1775 and who became a member of and later Rector of the Academy of Art. Having initially been taught by her father, she later studied under Johann Christoph Frisch, Daniel Chodowiecki and Anton Graff. Tassaert also painted busts and full-body portraits “en pastel”. Friederike Julie Lisiewska came from an artist family that enjoyed renown in Prussia, Dessau and Mecklenburg; her father, Christoph Friedrich Reinhold Lisiewsky, was court painter in Dessau and Ludwigslust. An outstanding portrait of her father earned her acceptance into the Academy of Arts.

In 1860 and 1907 the last women – for the time being – were accepted as honorary members of the Academy: Victoria, wife of the future Emperor Friedrich III, and Auguste Viktoria, wife of Emperor Wilhelm II.

It was not until 1918, the year in which women first gained the right to vote in Germany, that the admission of women to the Royal Prussian Academy of Arts was once again discussed. When Kaiser Wilhelm II abdicated and the Republic was proclaimed, the institution decided to set up a reform commission under the leadership of President Ludwig Manzel. Max Liebermann, himself president from 1920, successfully nominated Käthe Kollwitz as a member of the Academy in 1918; on 24 January 1919, she and 25 male colleagues were accepted into the Fine Arts Section. As director of the master class and member of the Senate, she campaigned for the acceptance of women and their participation in exhibitions. 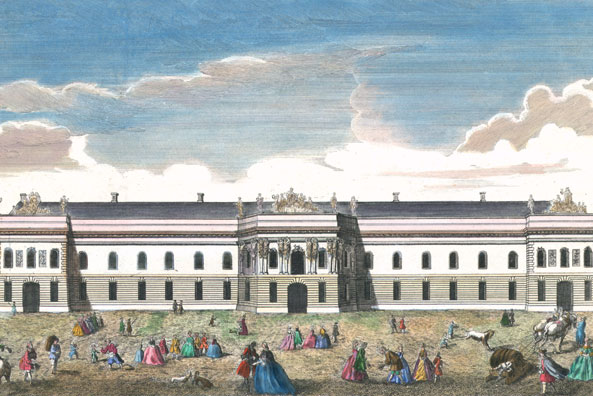 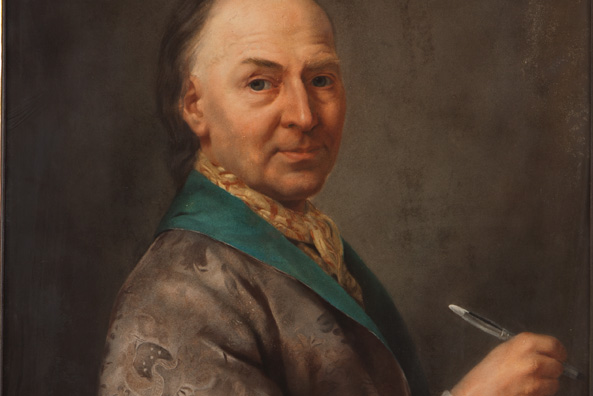 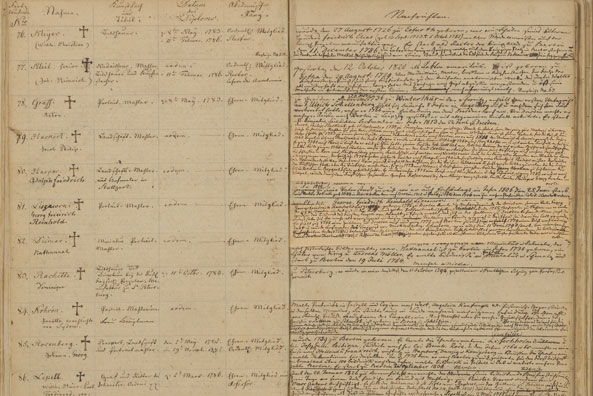 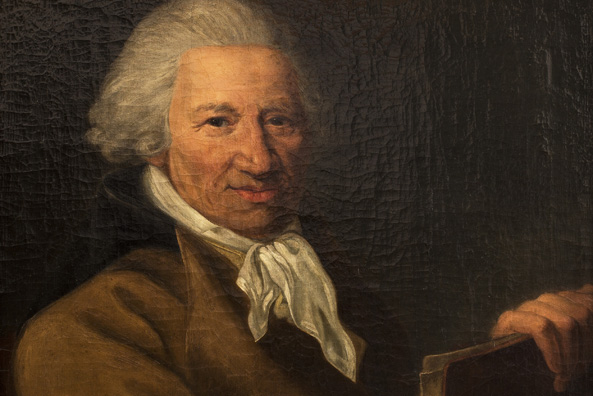 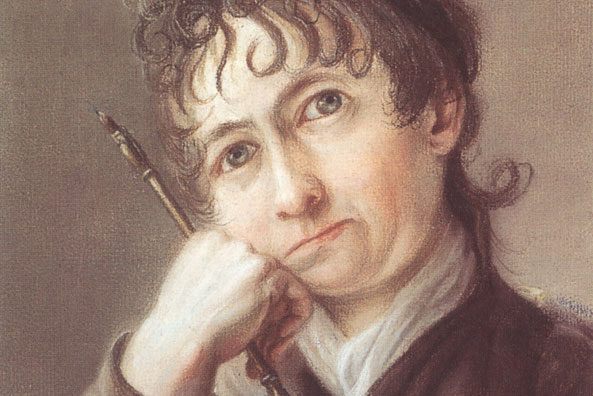 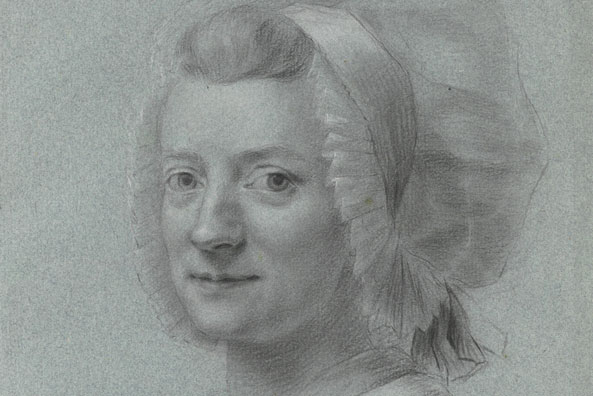 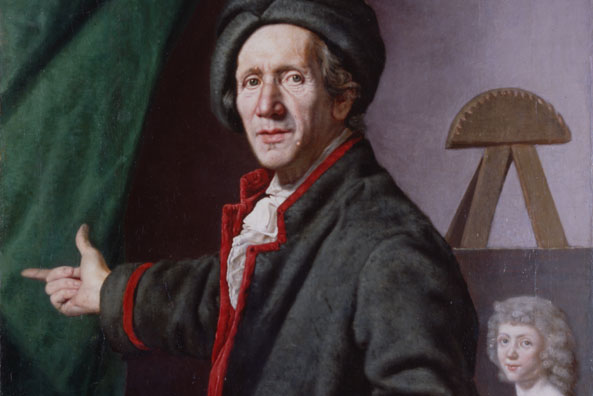