The Studio for Electroacoustic Music as creative nucleus

The interested reader of this blog already knows that the Studio for Electroacoustic Music (SEM) is a creative nucleus of the Academy of Arts. Today’s blog entry shares a brief insight into some of the projects that have taken place at SEM over the past three months, since the beginning of 2017. As it happens, this year SEM’s artist-in-residence program has an eye set firmly on the biennial festival KONTAKTE '17. KONTAKTE will take place on the last days of September thanks to the generous support of the Ernst von Siemens Music Foundation and the Goethe-Institut. Great news!

The year started with a 10-day residency by Swiss composer Stefan Keller, aimed at developing a new piece for Indian tabla and live-electronics. In addition to a classical music education Stefan himself is a proficient tabla player and computer music programmer. During his stage at SEM, Stefan had the opportunity to experiment with different microphone techniques, to continue improving a score-follower of his own design and to try out some new sound transformation processes applied to the tabla. Stefan’s new piece will be showcased at an Italian festival in May and KONTAKTE looks forward to present the German premiere of this exciting project. 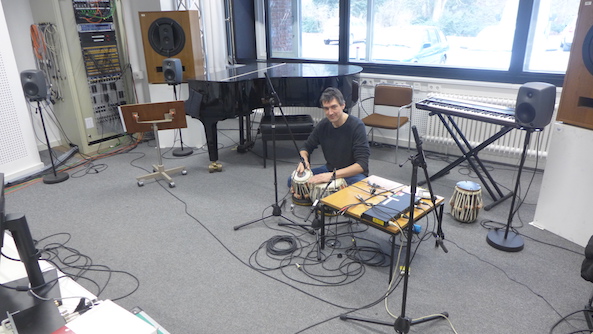 In February we locked ourselves up in the studio together with Georg Katzer and the outstanding double-bass player Matthias Bauer. The purpose of this retreat was to make a studio recording of L’homme machine (1998 - 2000) for speaking double-bass player and live-electronics, a composition inspired by the homonymous book by French physician and philosopher Julien Offray de La Mettrie (1709 - 1751). L’homme machine has undergone different stages of development: it started as a radio piece entitled De natura hominis (1997),  was later reworked into a composition for contrabass solo (1998) and eventually grew up to give origin to a whole opera (2000). In spite of being one of Katzer’s most masterful (and irreverent!) pieces, a recording of L’homme machine has never been released and we are hoping that the present production will soon be able to rectify this unforgivable omission. 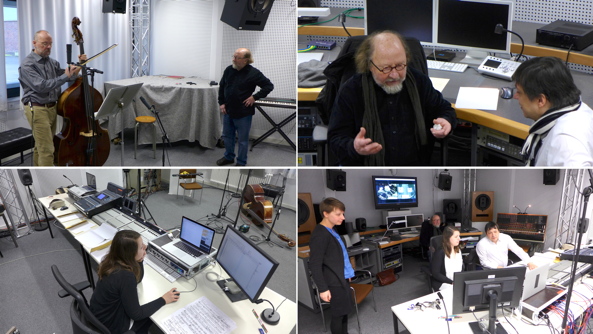 March started with a two-week residency by Cuban composer Sunlay Almeida, former stipendiary of the Young Academy Programme at the Akademie der Künste. Sunlay currently works with her fellow countryman, the visual artist Humberto Díaz, on a new multimedia project entitled Body Symphony. During her stage at SEM, Sunlay explored the sensuous correspondence between graphic and sonorous trace and the projection of bodily presence through sounds arising from the performer’s body. This project is the result of a thrilling collaboration with the Laboratorio Nacional de Música Electroacústica (LNME) in Havana, Cuba, with the support of the International Coproduction Fund of the Goethe-Institut. The production will be presented this autumn at KONTAKTE. 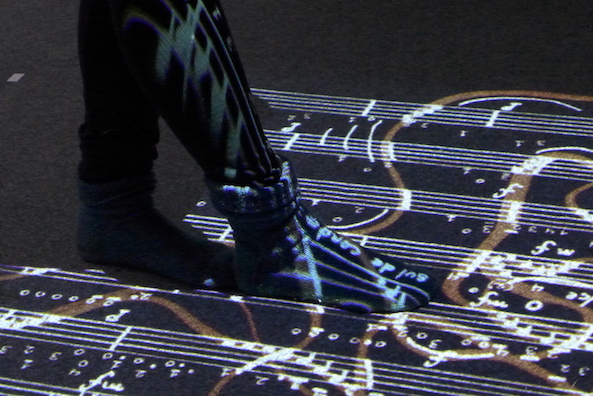 SEM is already working on a number of other projects. As an example, the studio has lately been receiving periodical visits from former DAAD-scholar, Tomomi Adachi, who has taken up the big challenge to explore the potential of the Subharchord as an instrument for concert performance. Concerning the on-going restoration of Hermann Scherchen’s rotating loudspeaker sphere that is being carried out at SEM, a brief update will soon appear in the next issue of the Academy’s periodical Journal der Künste (2017, No. 2). 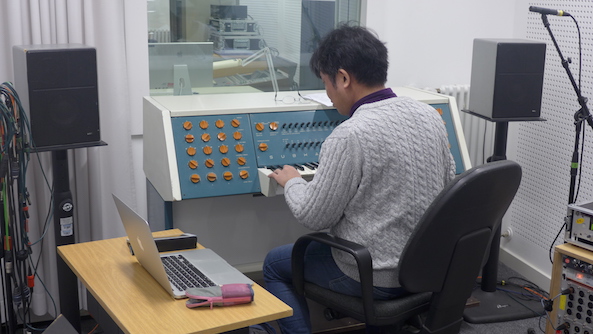 Last but not least, the Studio for Electroacoustic Music wishes to thank all artists who have joined us contributing with their work to make SEM a fruitful resource. SEM is very proud of what our small team has achieved together this year so far: all credits should go to sound engineer Michael Hauschke and administrative assistant Nadine Doberschütz (not to forget Carmine De Vita, who just finished a brilliant internship at SEM) for their unconditional commitment to channelling all that creative energy. We are also honoured that Luise Wiesenmüller has joined our team in support of the festival KONTAKTE '17. Luise is a graduate in culture management and we are thrilled that she has brought that experience to our office.