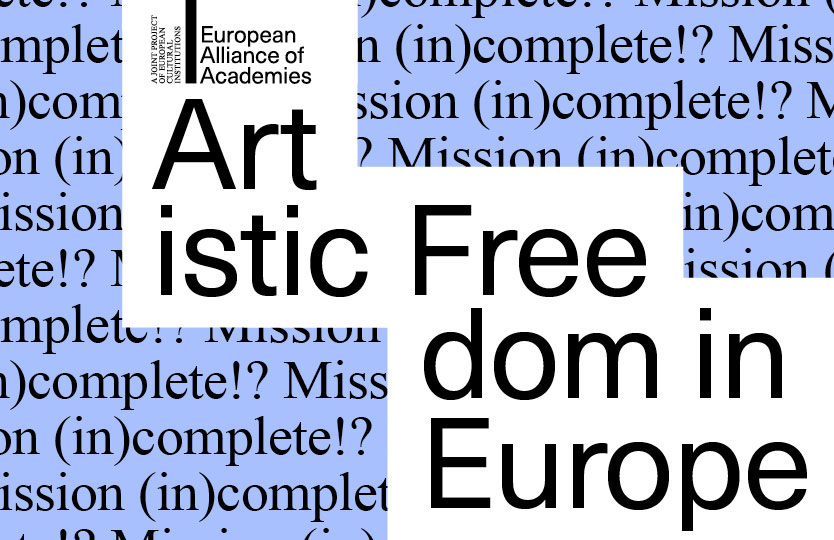 Solidarity is fine, but action speaks louder than words. The European Alliance of Academies is taking the European Union's Europe Day on 9 May as an opportunity to advocate for the freedom of the arts – in Hungary especially. In cooperation with the European Center for Constitutional and Human Rights (ECCHR), the Alliance is launching an online petition to the European Parliament and filing a complaint with the UN Special Rapporteur Karima Bennoune.

The European Alliance of Academies is calling for the violations of artistic freedom in Hungary to be opposed with the legal instruments available and for the legal framework to be enforced to protect the independence of cultural institutions and cultural workers wherever it is threatened.

In an accompanying online event, the procedure will be discussed with key players in the cultural and the political spheres in Europe. Federal Foreign Minister Heiko Maas will open the discussion with a welcome address. Sabine Verheyen, Chair of the Committee on Culture in the European Parliament, will comment on the situation. Alliance members from Hungary, Poland, the Netherlands, the United Kingdom, Slovenia and Germany will present their proposals for action. One focus will also be on artistic cooperation in the digital realm.

Online petition to the European Parliament (PDF in English)