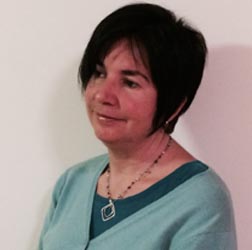 Ileana Perez Velazquez lives in the USA where she is a Professor of Music Composition and Electronic Music at Williams College. The New York Times has praised the “imaginative strength and musical consistency” and the “otherworldly quality” of her compositions. Her music, including both acoustic and electronic compositions, is performed frequently at international festivals in the USA, Latin America, and in concerts in Europe. In 2015, she was awarded a commission from the Fromm Foundation from Harvard University. Prestigious ensembles from New York City have commissioned her music, including Continuum, International Contemporary Ensemble, Miranda Cuckson and Nunc, and Momenta and Flux quartets. Other commissions include the Ensemble Dal Niente from Chicago, Minneapolis Guitar Quartet (Jerome Foundation), Conjunto instrumental Nuestro Tiempo, Havana, the ensemble Insomnio from Amsterdam, Aguava New Music ensemble from Indiana, and the Berkshire Symphony Orchestra, amongst others. Renowned soloists who have commissioned her music include Thierry Mirogglio, Joan La Barbara, Miranda Cuckson, Tom Chiu, Adrian Morejon, and Joanna Kurkowicz. She obtained degrees from the ISA (Havana) and won several national composition prizes in Cuba. After obtaining her master’s in electroacoustic music from Dartmouth College in 1995 — where her teachers included Jon Appleton and Charles Dodge — she obtained her doctoral degree in Music Composition at Indiana University. She has received a Cintas Fellowship. Albany Records has released two portraits of her music. Other recordings are found in Innova and Urlicht AV.