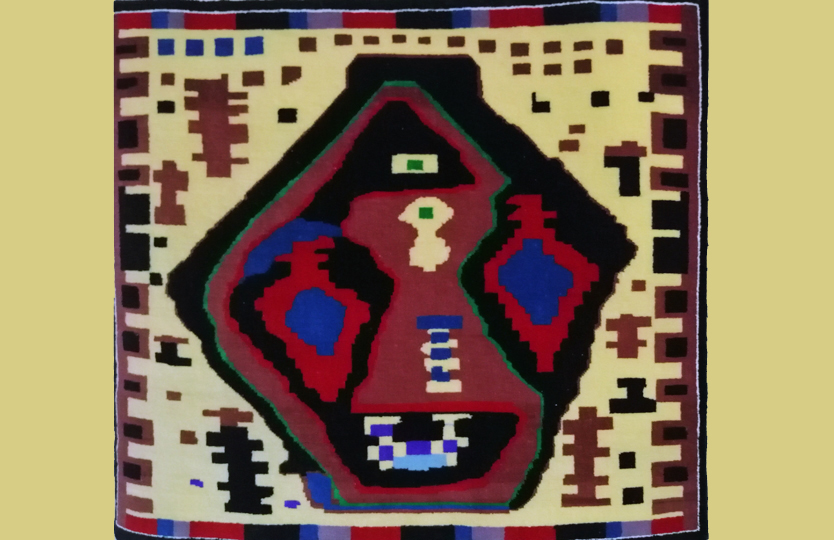 score by Hardi Kurda for PUTIF´s telepathic concert on June 19, 2020

A telepathic concert by PUTIF with Jennifer Walshe, Tomomi Adachi and Hardi Kurda

The collage of the three separately recorded improvisations by Jennifer Walshe, Tomomi Adachi and Hardi Kurda on June 19 can be heard here:

The People’s United Telepathic Improvisation Front (Tomomi Adachi & Jennifer Walshe) join forces with Hardi Kurda to give a telepathic performance inspired by John Heartfield’s work. Heartfield’s pioneering work in collage encourages the viewer to make connections between radically different visual materials, bringing disparate elements into unity. His collaborations with Bertolt Brecht place him at the forefront of performance in the 20th century. Indeed, Heartfield’s late arrival to a performance of one of Brecht’s plays resulted in Brecht stopping the performance and asking the audience to vote on whether Heartfield should be allowed to work on the set, leading to the development of Brecht’s Verfremdungseffekt, and changing completely the concept of the audience in theatre.

This performance worked toward a similar goal, but with sound. The three musicians performed in their homes, without being able to hear each other in the traditional sense - instead they made telepathic contact during the performance, without any knowledge of what was happening other than the time and a score made by Hardi Kurda from a Kurdish carpet in which it happened. Each musician made a recording of their performance. After the performance, the three recordings were collaged together to reveal what actually transpired, and the results are shared online.

The public was invited to tune in to the performance telepathically, to make notes about what they “heard” and share these with the performers.

Jennifer Walshe, the “most original compositional voice to emerge from Ireland in the past 20 years” (The Irish Times) and “Wild girl of Darmstadt” (Frankfurter Rundschau), composer and performer was born in Dublin, Ireland. Her music has been commissioned, broadcast and performed all over the world. She has been the recipient of fellowships and prizes from the Foundation for Contemporary Arts, New York; the DAAD Berliner Künstlerprogramm, the Internationales Musikinstitut, Darmstadt and Akademie Schloss Solitude among others. Recent projects include Aisteach, a fictional history of avant-garde music in Ireland; EVERYTHING IS IMPORTANT, a work for voice, string quartet and film commissioned by the Arditti Quartet; and TIME TIME TIME, an opera written in collaboration with the philosopher Timothy Morton, which has been touring to critical acclaim. Walshe is currently Professor of Performance at the Hochschule für Musik und Darstellende Kunst, Stuttgart. Since 2019 she is member oft he Akademie der Künste Berlin.

Tomomi Adachi is a Japanese composer, sound poet, installation and performance artist. Adachi studied philosophy and aesthetics at Waseda University in Tokyo. He has played improvised music for voice, live electronics and self-made instruments. He had composed works for his own group “Adachi Tomomi Royal Chorus” which is a punk-style choir and he has performed contemporary music, including the world premiere of John Cage’s “Variations VII,” “Europera 5,” and “Waterwalk”. He is the only performer of sound poetry in Japan and has performed Kurt Schwitters' “Ursonate” for the first time in Japan.

Hardi Kurda is a composer and sound artist, who studied music in Slemani, Iraque and composition in Gothenburg and Leipzig, and is a PhD candidate at Goldsmiths, University of London. In his performances and compositions, he uses the radio as an instrument with which he explores the frequency spectrum as sound material. Hardi’s works have been performed at the Irtijal Festival, Beirut, Berliner Festspiele MaerzMusik, and Sound Place exhibition, London, and have been commissioned by the Department of Public Art in Gothenburg and the Swedish Art Grants Committee and Goethe Institute. In 2017 Hardi founded the Space 21 festival for sound art and experimental music, which takes place annually in the autonomous region of Kurdistan in Iraq.