The sixth Section of the Akademie der Künste is the Film and Media Arts Section and was constituted in 1984, starting work in 1985 under the direction of Peter Lilienthal and Eberhard Fechner. Its members consist of directors, cameramen, and script writers for feature and documentary films for cinema and television, as well as photographers, radio play authors, media artists, film historians, and film scholars. New members are elected by the plenum of the General Assembly after being proposed by the Section. 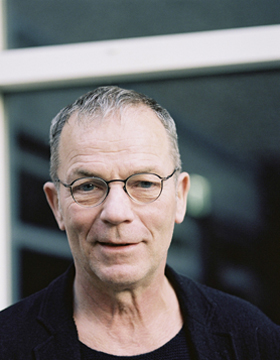 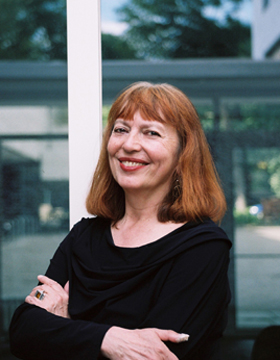 The work of this Section focuses on the current state and the future of media culture. This work manifests itself in individual events and series with media art works, their intellectual environment, as well as socio-political contexts, and regards itself as a meeting place between the media arts and other fields of scholarly reflection.

In the “Mitglieder stellen vor“ (Members present) series, members present their own works or those of other artists who are important to them. Film discussions are held, in which current themes from the world of media aesthetics are debated. In individual events, the Section pursues a fundamental issue, namely – since 2011 – the issue of narration. In focus sessions mostly stretching over two days, complex questions are highlighted, such as those following the digital transformation in the media, or issues are raised that have been neglected in the public debate.

The Section also participates with its own contributions in the thematic issues programmes of the Academy, such as “Kunst und Revolte” (Art and Revolt) (2008, 2009) and its continuations “Blickwechsel” (Change of Perspective) (2011) und “Zu den Umbrüchen in den arabischen Gesellschaften” (On the Upheavals in the Arab Societies) (2012). It is also represented in the “Kulturelle Vermittlung” (Cultural Mediation) programme with the series “Lust auf Kunst” (Desire for Art), as well as being involved with the programme of the Young Academy.

List of members in the Film and Media Arts Section (in German).

Cinema of Care. Who Looks After the Cinema?