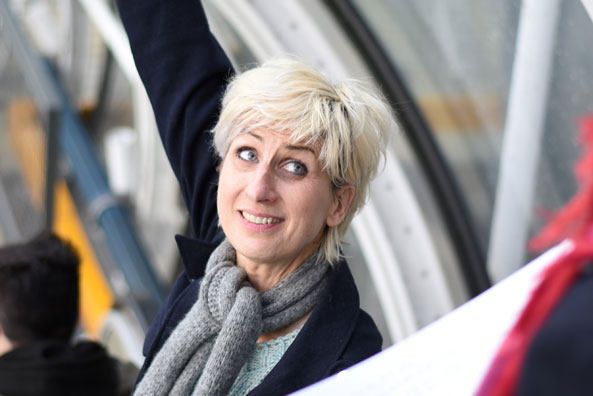 French dancer and choreographer Anne Collod was co-founder of the group Quatuor Albrecht Knust, which was dedicated to re-enactments of early modern dance in the 1990s. Significantly influenced by her later collaboration with Anna Halprin (1920 – 2021), her work today focuses on questions of utopias of the collective and of being together in different dance contexts. Together with the students, she will examine processes of choreographic recreation and explore new methods of practice in relation to Halprin’s work. 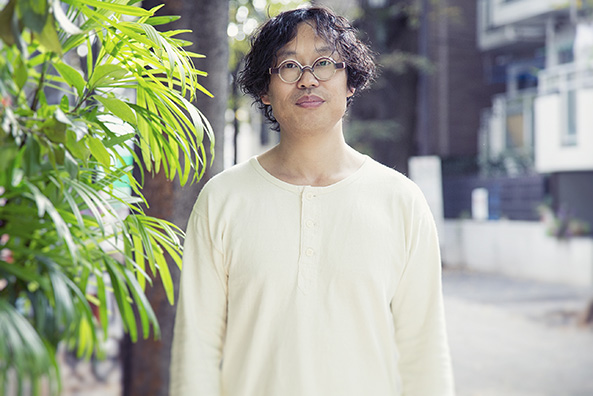 For Toshiki Okada, director, author, founder and director of the chelfitch Company, Tokyo, imagination is at the heart of making theatre: “I see imagination on stage as a kind of choreographer; it is very often a genius at finding crazy movements you cannot create through theoretical thinking.” He will initially work with the students on observing how they can be affected by imagination and how it moves their bodies, and then develop this further using language and by making movements more interesting. 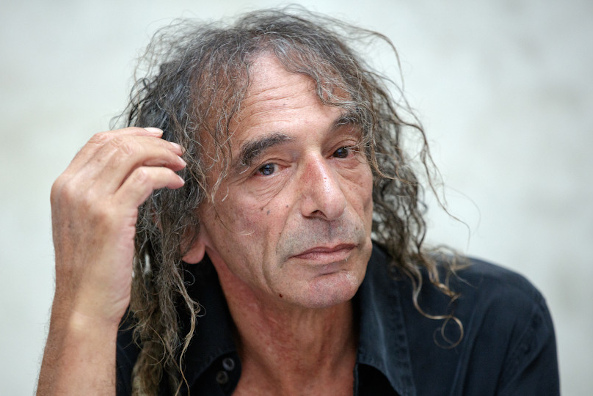 Michael Laub is a Belgian choreographer, performance artist and director. In Laub's multi-layered performances, adaptations from various media and epochs serve as a catalyst for autonomous strands that are transferred into carefully orchestrated staged pieces. By collaborating with highly-skilled artists as well as non-professionals, Laub is specifically known for crossfading his performer's reality with fiction. He has gained recognition for his adaptations of portraiture to the stage, which he acquires by making use of realism as well as consequently superimposing the spontaneous with the artificial. 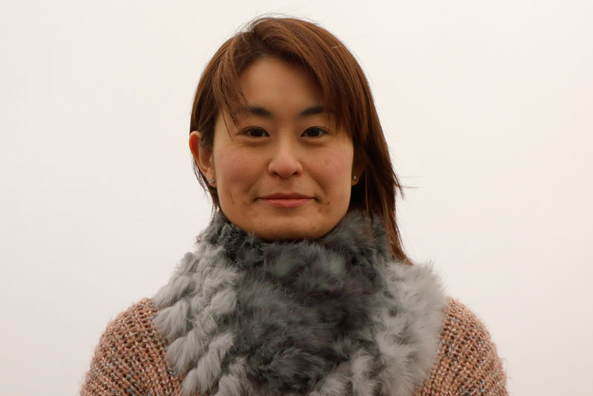 Nanako Nakajima is a dance scholar and dance dramaturge, and a certified traditional Japanese dance master, Kannae Fujima. Her research focuses on aging bodies in dance, archiving movement, and dance dramaturgy. Nanako Nakajima will develop her own Berlin version of the project Dance Archive Box. Among others, the project posed the question, how it is possible to separate a dance from the communal histories of the dance maker and to produce a Dance Archive Box as a creative common ground for all people. 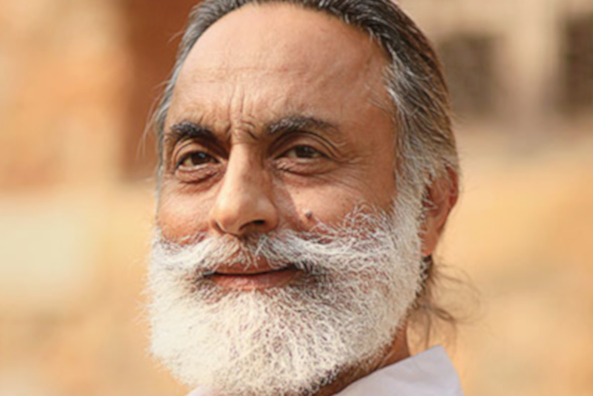 Navtej Johar is a dancer-choreographer, scholar, yoga exponent, and a social activist. His work draws on plural vocabularies such as bharatanatyam, physical theatre, and somatics. The course will provide a working understanding of the Indian theory of bhava-rasa aesthetics and will focus on how a poetic ambiance may first be mentally constructed, calibrated and carefully designed, and then physically inhabited, experienced and expressed: If bhava is like a flower then rasa is its fragrance. 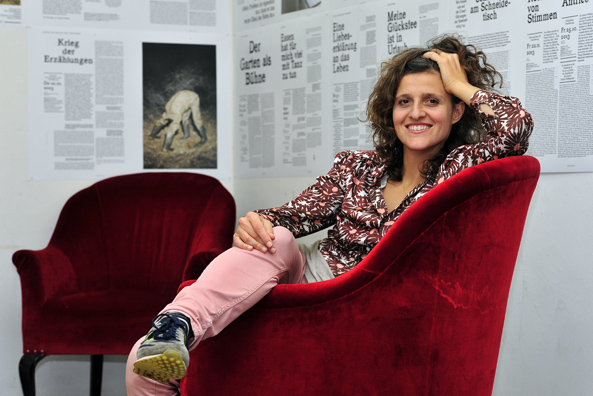 The most recent works by Israeli dancer and choreographer Yasmeen Godder evolved from the desire to open up shifting perspectives in her performances and to invite people to come closer to the physical and emotional experience while still maintaining the traditional theatre experience. During the seminar, she will create a ritual / meeting / performance with the students, inviting spectators to join without prior knowledge, and to research different methods of creating an "open door" choreography.

In cooperation with the Freie Universität Berlin and the DAAD. 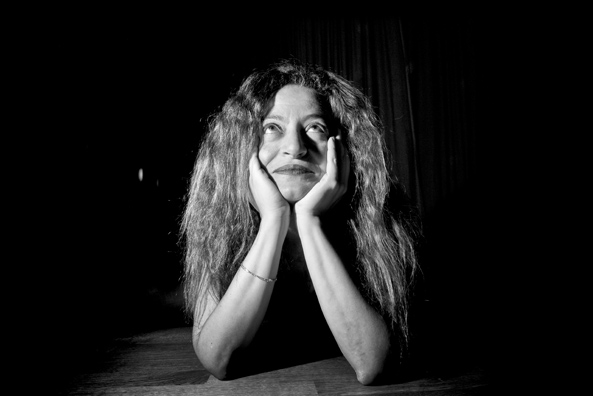 Writer, theatre director and choreographer Nora Amin is a founding member of the Modern Dance Theatre Company at The Cairo Opera House, director of Lamusica Independent Theatre Group and has published on theatre and human rights. Her seminar in the context of the visiting professorship will deal with dance as a medium of political resistance, transformation and healing. Together with the students, Amin will study the physicality connected to traumatic experiences and explore performative practices of representation.

In cooperation with Freie Universität Berlin and DAAD. 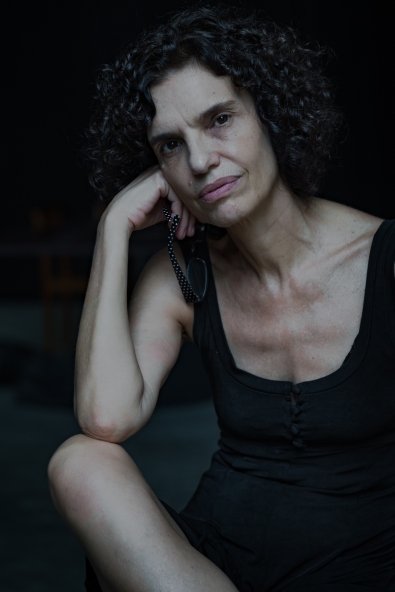 The Brazilian choreographer Lia Rodrigues established the residence of her world-renowed Companhia de Danças in the Favela de Maré in Rio de Janeiro. As a Guest Professor she will propose certain questions and issues that she has encountered in this specific territory: “We will work from the idea of ´being together´, using strategies of creation linked by a dramaturgical line that will be developed together with the students, articulating political, ethical and aesthetic aspects. What rituals, sacrifices, and agreements are necessary for the constitution of a collective? How can we consider the singularity in this collective? How can each participant find a place – although always provisional – and still retain her or his similarities and (gender) differences?” 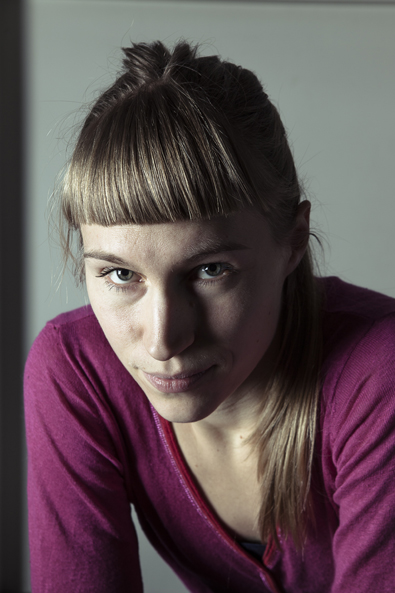 Danish choreographer and dancer Mette Ingvartsen is the guest professor for the summer semester 2017. “Together with the students I would like to think about how to create a durational environment of bodies and non-human performers interacting with one another. This desire comes from trying to unite two strands of research I have been doing over the last years: On one hand how to make objects, matters and materials agents of performative expression and on the other hand, how to understand sexuality as a social and political issue rather than a private concern.”

In cooperation with the Freie Universtität Berlin and the German Academic Exchange Service. 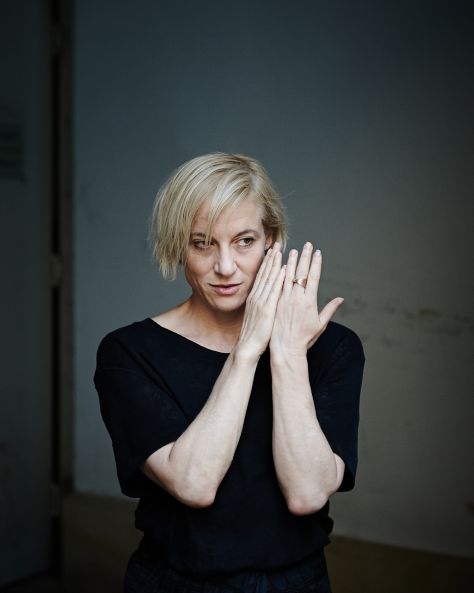 As the Valeska Gert Scholar of the fall-winter 2016/2017 I will ask the dance studies students to inform me from a personal perspective about the work and life of Valeska Gert. I will ask them what is relevant for them now about her contribution in dance and performance and how it relates and inspires their current interests. I will share my own fascination and questions about Valeska Gert and outline a creative process that spirals away from a fixed centre point allowing for associations and unusual connections with other material. Based on our discussions and collective brainstorming we will create a map of movement studies, and choreographic proposals, which we will explore to various degrees throughout our working time.

Valeska´s Blind Date
In 1994, Meg Stuart, American dancer and choreographer, founded her Damaged Goods company in Belgium. In the 2016/17 winter semester, she takes up the Valeska Gert Guest Professorship. In conversation with Annemie Vanackere (HAU Hebbel am Ufer) in the Opening Lecture she discusses aspects of her artistic development and presents her projects for her Dance Studies students. The discussion starts from the personal significance of Valeska Gert’s body of work for people today.

In cooperation with FU Berlin and the German Academic Exchange Service (DAAD). 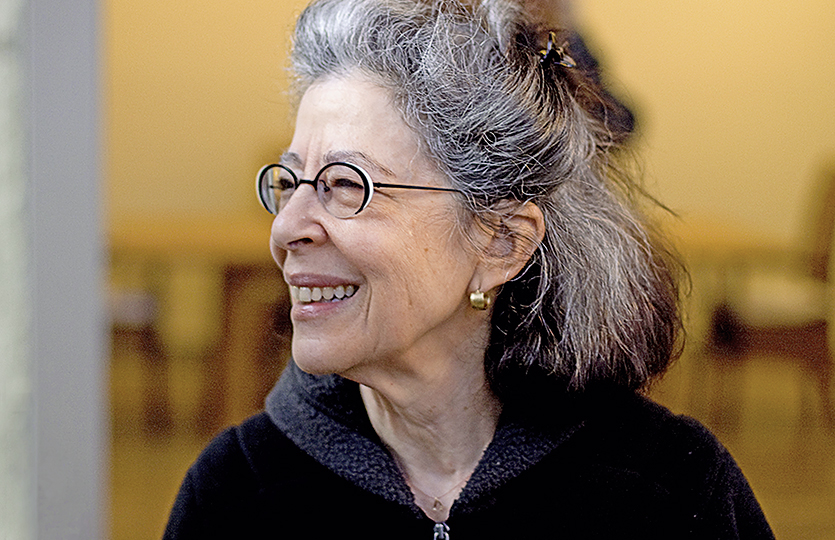 "The body is capable of so much more than what it can do. For example, the range of sound coming from the piano was more or less constant until John Cage created the prepared piano by introducing different objects that were placed between or on the strings, hammers or dampers. These outside components altered the piano’s harmonics. In a similar way the students will be given several compelling questions used to access an otherwise unnoticed bodily intelligence."

In summer 2016, New York dancer and choreographer Deborah Hay, a member of the radically experimental Judson Dance Theatre in the 1960s, takes up the Valeska Gert Guest Professorship for Dance and Performance. In conversation with Renate Graziadei (Tanzkollektiv laborgras) she offers an insight into her work and presents the project which she will be working on with her students. Introduction: Gabriele Brandstetter. In cooperation with the Institute for Theatre and Dance Studies at Freie Universität Berlin and the German Academic Exchange Service (DAAD). 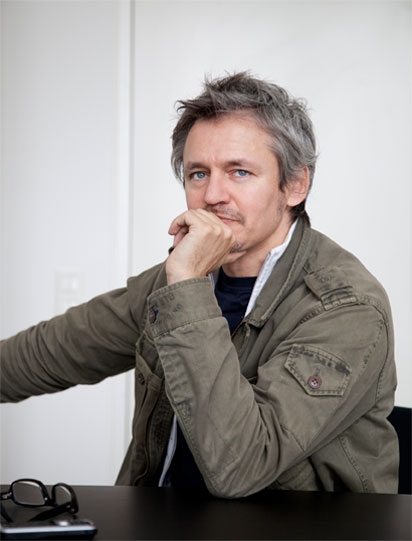 Choreographer and director Joachim Schloemer offers an insight into his reading of musicalisation. In conversation with Gabriele Brandstetter, he presents the project which he will be developing together with dance science students during the winter semester to explore how action on stage can be experienced and emphasised as dance, rhythm and narrative. In this process, he is focusing particularly on an idea of musicality as not just illustrating the process of dance, but rather understanding and practising the musicality of the body through movement, in dialogue or as anticyclical / counter-rhythmic to music. Which emotional states and which forms expressing feelings does this then create?
In cooperation with Freie Universität Berlin and the DAAD. 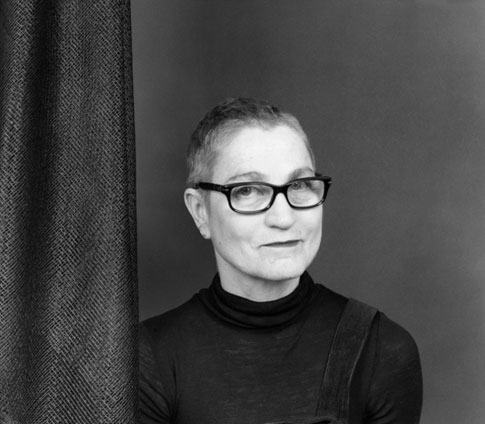 With her City Theatre and Dance Group, Robyn Orlin has been provoking the exploration of social issues in her home country for a number of years. She studied Dance at the Contemporary Dance School in London and has been focusing on topics such as apartheid and postcolonialism as a choreographer in South Africa since 1993. She celebrated her breakthrough in 1998 with the piece Daddy, I’ve seen this piece six times before and I still don’t know why they’re hurting each other, for which she was presented with the Lawrence Olivier Award, the most important British theatre award. She received a multitude of other prizes and awards, including the French National Order of Merit, the Ordre national du Mérite.
Her subsequent productions, for example We must eat our suckers with the wrappers on (2002), Walking next to our shoes (2009) and most recently Beauty stayed just for a moment and then returned to her start position (2013), were also substantially inspired by Orlin's home country of South Africa. Orlin has led a multitude of national and international choreography workshops (in countries such as Japan, Greece and Germany) and is the founder of the Dance Department of the Federated Union of Black Artists.
With the students of Dance Studies, she will provide insights into her artistic exploration of different cultural concepts. She will use experiences from the students' direct surroundings as impulses and stimuli for the development of their own forms of presentation, which will question the transfer of the students' own and other cultures in their boundaries.