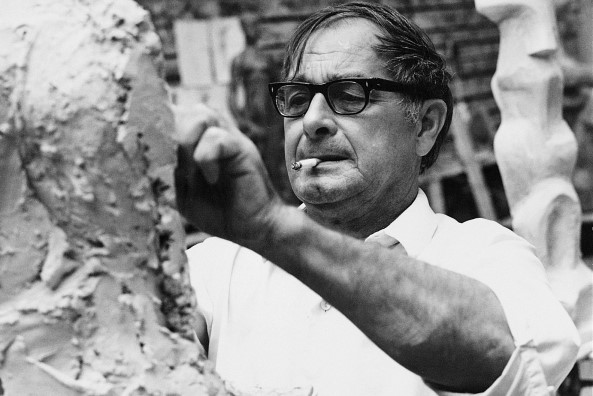 Like his friend Theo Balden, with whom he was imprisoned in war captivity in Canada, the sculptor and draughtsman René Graetz belongs to a generation of artists influenced by classical modernism. He frequented Henry Moore's studio and worshipped Pablo Picasso, moving between figuration and abstraction in an expressive manner throughout his life. After 1945 he supported a socialist ideology as a way to overcome both the fascist past and capitalist structures. Pursuing socialist utopias, his aim was to establish a society of equal rights resistant to doctrinaire restrictions on artistic policy. In sceneries full of ciphers and signs of meaning from different epochs, he translates his pictorial ideas into a free and colourful tone.