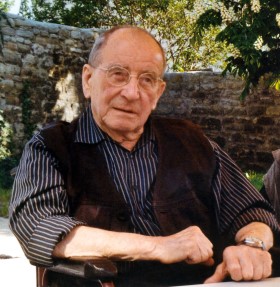 Willi Sitte is a staunch communist and one of the main representatives of socialist realism, but in his pictorial language he did not always adhere to the principles set out by the GDR's official artistic policy. Under the influence of modernism, Sitte unwaveringly followed his own path towards an open visual language and his contribution to the construction of a new society. His works on war and human misery are a lamentation intended to carry a message. An example of this is his surviving studies for the diptych on the massacre of Lidice, the Czech miners' village destroyed by the Nazis in June 1942.