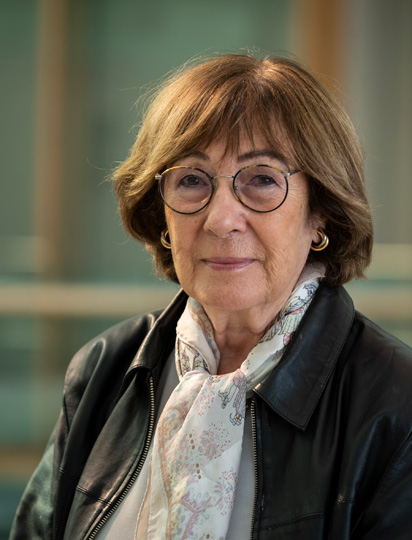 Jeanine Meerapfel is a filmmaker, screenwriter and producer. She lives in Berlin.

She was born in Buenos Aires, Argentina, and attended the city's school of journalism before going on to work as an editor and freelance journalist. From 1964 to 1968, she studied at the Film Institute, Hochschule für Gestaltung, Ulm, Germany, where she was taught by Alexander Kluge and Edgar Reitz. Meerapfel shot her first motion picture, Malou, in 1980. This was followed by award-winning documentary and feature films such as In the Country of my Parents (1981), Amigomío (1995) and many others. Jeanine Meerapfel worked as a Professor at the Academy of Media Arts in Cologne, Film Department, from 1990 to 2008. At the beginning of her time in the position, she managed the academy as the Spokeswoman of its Founding Committee. A collection of her films was released on DVD by Neue Visionen Medien in 2008. In 2012, her feature film The German Friend, an Argentine-German co-production, was released in cinemas. Together with Floros Floridis she produced the audiovisual essay Confusion / Diffusion in 2015. Retrospectives of her films have recently been presented by the Bundesplatz-Cinema in Berlin (2018) and the Cinemateca de Cuba in Havana (2019). In 2019, she also produced together with Floros Floridis the audiovisual essay Moving Sand / Topos. In December 2019, she was the Jury President of the Festival of New Latin American Film in Havana. In March 2020, Jeanine Meerapfel has been awarded the Federal Cross of Merit 1st Class for her success as a filmmaker and author as well as her commitment to human rights, freedom of speech and equality and diversity of cultures. In Autumn 2020, she initiates the “European Alliance of Academies”, an alliance of so far 60 art academies and institutions from nearly all countries of the EU, and also from Norway and Great Britain, that stands up for the freedom of art (www.allianceofacademies.eu). The German Federal Association of Film Directors (BVR) has appointed her as honorary president in February 2021. In 2021 she completed the documentary film essay Una Mujer (A Woman). It covers issues such as emigration, remembrance and forgetting. The film had its world premiere at the 36th Mar del Plata International Film Festival in Argentina. In 2022 it was shown at numerous film festivals in Europe – including the Thessaloniki Documentary Festival and DOK.fest Munich. It opened the Jewish Film Festival Berlin | Brandenburg (JFBB) and won the prize for intercultural dialogue there. It will be released in cinemas on 24 November 2022. 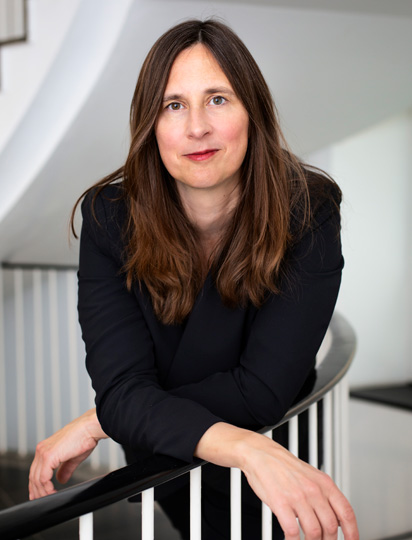 Kathrin Röggla is an author and playwright. She lives in Berlin.
She was born in Salzburg, Austria, on 14th June 1971 and studied German Language and Literature and Communication Science in Salzburg and in Berlin from 1989 to 1999. She has been an active figure on the public literary scene since 1988. After moving to Berlin in 1992, she produced her first books and short prose works. She has also been composing and producing radio works such as radio dramas, acoustic installations and network radio since 1998, as well as writing theatre texts since 2002. From 2004 to 2008, Röggla went on numerous trips to destinations such as Georgia, Iran, Central Asia, Japan, the USA and Yemen. Kathrin Röggla has been a member of the Literature Section of the Academy of Arts since 2012.
Book publications (a selection): Niemand lacht rückwärts (Nobody Laughs Backwards) (1995), Abrauschen (1997), Irres Wetter (2000), really ground zero (2001), wir schlafen nicht (2004) (we never sleep, 2009), disaster awareness fair (2006), gespensterarbeit, krisenmanagement und weltmarktfiktion (2009), die alarmbereiten (2010), publikumsberatung together with Leopold von Verschuer (2011), Besser wäre: keine (2013) and Die falsche Frage. Theater, Politik und die Kunst, das Fürchten nicht zu verlernen (2015).
Prizes and awards (a selection); 2001: Alexander von Sacher-Masoch Award, Italo-Svevo Award; 2003: Prize of the "SWR-Bestenliste" book ranking, Bruno-Kreisky Award for Political Books; 2005: Solothurn Literature Award, International Award for Art and Culture of the Cultural Fund of the City of Salzburg; 2008: Anton Wildgans Prize; 2010: Nestroy Award, Franz Hessel Award; 2012: Arthur Schnitzler Award, writer-in-residence of the German city of Mainz; 2020: WORTMELDUNGEN Literature Award, Austrian Art Prize for Literature; 2021: Franz Nabl Prize; 2022: Else Lasker-Schüler Dramatist Prize.
www.kathrin-roeggla.de

The President represents the Academy both internally and externally. He chairs the general assembly and the sessions of the Senate. He precedes the Management Executive and the Archive Council. The President is represented by the Vice-President. The President and Vice-President are elected by the General Assembly of the Akademie der Künste (Academy of Arts). The term of office comprises three years in each case. They may be re-elected twice.