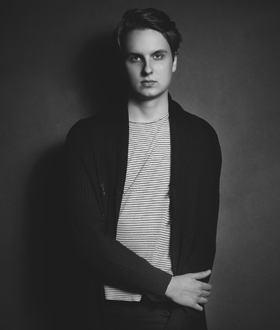 Philipp Valente completed his master's degree in architecture with distinction at the Technischen Universität München in 2019 and founded the architectural practice Less Plus in Dortmund the same year. He has worked with such renowned architecture offices as Nikken Sekkei (Tokyo, Japan), RCR Arquitectes (Olot, Spain), and Peter Haimerl. Architecture (Munich, Germany).
Philipp Valente was awarded the Hans Döllgast Prize, the JSPS Prize, and the Baumeister Academy scholarship, and has done research on Japanese aesthetics with Prof. Kengo Kuma at the University of Tokyo.

"The work residency will be used to continue my research on the aesthetics of the industrial landscape. The materiality and structure of industrial buildings have always attracted and inspired architects and photographers. My work attempts to explore these architectural means and specify their characteristic qualities. It is not just a matter of identifying or preserving these structures but of updating and translating them to the present day in a coherent way. It is about questioning capitalist development of regional structural transformation and developing bold ideas that will effect change."