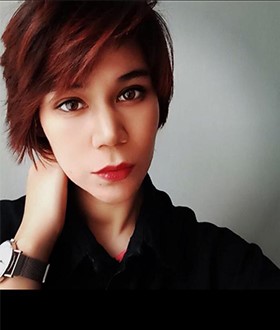 Mahuba is a filmmaker, screenwriter and director. She started her career as a stage actress in 2010. Her first short film The Empty Spaces, won the best film, best screenplay and directing at Effect of Armed Conflict at the Children Festival in Herat in 2016. The Anklet won the best short film at Breaking the Silence Against the Crime of Child-Play Festival in Kabul in 2020. She has received various prizes for writing and directing theatre and short films. In 2017 Mahuba founded Negar, an independent theatre group, that focuses on women and children rights. In addition to that Negar addresses child and forced marriages, recruitment and use of children by armed forces and groups, as well as domestic and social violence. As a member of the transnational theatre Compagnie KULA, she participated in the co-production Underground Birds, which premiered in October 2022, with Vereinigte Bühnen Bozen (IT), Hålogaland Teater Tromsø (NO) and Simorgh Theatre, Herat (AF), as an actress, writer and director.