In 2017, the O.E. Hasse Foundation is awarding this year’s O.E. Hasse Prize to William Bartley Cooper, a student at Munich’s Otto-Falckenberg-Schule. The prize, endowed with € 5,000, is dedicated to fostering outstanding young actors and awarded on an annually rotating basis to drama students at the Otto-Falckenberg-Schule in Munich and the Ernst Busch Academy of Dramatic Art in Berlin.

This year’s prize is awarded to William Bartley Cooper, who was born in Bad Tölz in 1995. In making the award, the jury noted: “With his compelling physical agility, he gave a convincing performance; he would be ideally cast in Tristan Rémy’s Clownsnummern or the absurd, insidious mini-plays by Daniil Charms. But he also has excellent skills in language and delivery, with an impressive stage presence in very quiet understated scenes.”
Cooper graduated from the Ballet Academy of the University of Music and Performing Arts Munich before starting to train as an actor at the Otto-Falckenberg-Schule in September 2014. In the annual performance given by third-year students, he playes Fabian in Klein Zaches, mein Zinnober after E.T.A. Hoffmann, directed by Wiebke Puls.

The prize giving ceremony is to be held on 25 April 2017 following a performance of Klein Zaches, mein Zinnober in Kammer 3 at the Münchner Kammerspiele. The laudatory address is by Akademie member Klaus Völker.

The O.E. Hasse Prize has been awarded since 1981 by the O.E. Hasse Foundation, administered by the Akademie der Künste. In awarding the prize, the Akademie is thus fulfilling the terms of the bequest left by stage and film actor Otto Eduard Hasse (1903–1978) to promote young acting talent specifically. The prize is awarded by the Foundation’s Board, which includes the Chairs Klaus Missbach (Vienna) and Max Wiener (Zurich), as well as André Jung (Munich) and Klaus Völker (Berlin). The latter are both members of the Performing Arts Section of the Akademie der Künste. The prize winners over the last years were Joshua Jaco Seelenbinder (Berlin, 2016), Merlin Sandmeyer (Munich, 2015) and Marcel Kohler (Berlin, 2014). 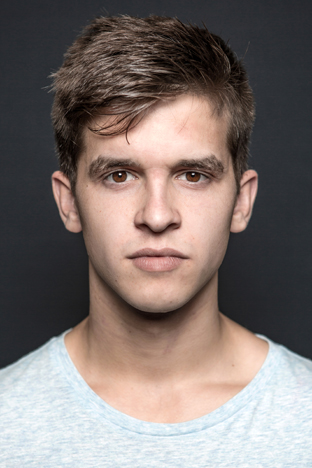