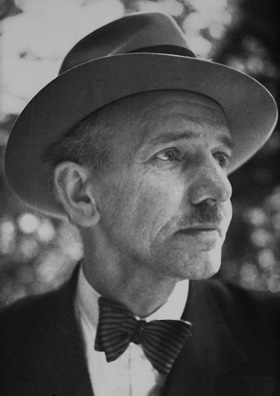 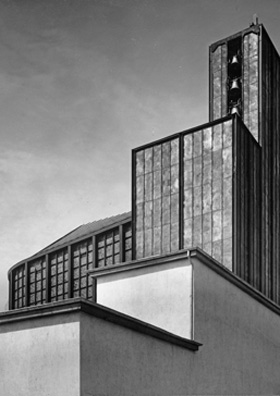 Stahlkirche on the grounds of the International Press Exhibition (Pressa), Cologne, 1928 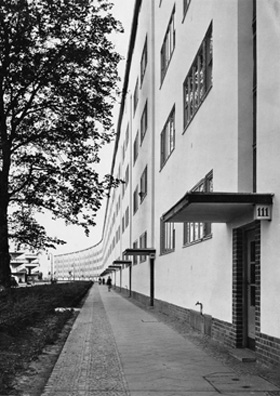 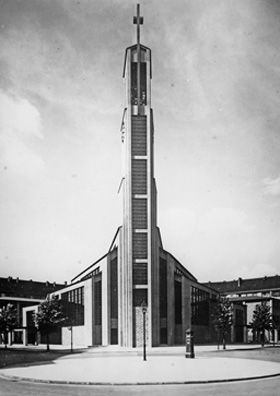 1883 Born on 12 April in Karlsruhe to overseas merchant Carl Christian Georg Otto Bartning and his wife Jenny Doll. Otto Bartning was the fifth of their six children

from 1905 First commissions for churches and country houses. Founds his own architectural office in Berlin

1908 Appointed to the Deutscher Werkbund. Bartning is interested in a number of reform movements, cultivating contacts to leading figures such as Paul Schultze-Naumburg and Otto March in Berlin as well as Hermann Billing, Max Laeuger and Karl Moser in Karlsruhe

1922 Design and model of the Expressionist Sternkirche (not built)

1926 Designs the German Pavilion at the Milan Fair

from 1926 Plans and realises a number of hospitals, residential blocks on housing estates and social housing projects, primarily in Berlin

1928 Presents his Stahlkirche, an innovative church assembled from steel elements on the grounds of the International Press Exhibition (Pressa), Cologne

1933–1945 Churches for the Evangelical Church and the Department for External Church Relations designed and built in Lisbon, Heerlen, Belgrade, Barcelona and other cities in Europe and abroad

1943 Moves to Neckarsteinach near Heidelberg

from 1946 Head of the building department of the Evangelical relief organisation, drafts the emergency church programme, builds emergency churches, chapels for diaspora congregations as well as community centres

from 1950 President of the Association of German Architects (BDA)

from 1952 Vice-President of the Deutscher Werkbund

from 1953 German representative in the International Union of Architects (UIA)

from 1955 Adviser on urban planning to the city of West Berlin
Co-founder of the Architecture Section, Akademie der Künste, (West) Berlin