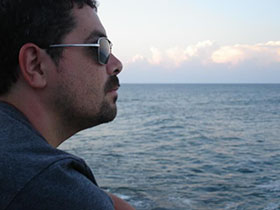 Antonio Y. Vázquez Arroyo is Associate Professor in the Department of Political Science at Rutgers University-Newark. He is the author of Political Responsibility: Responding to Predicaments of Power (Columbia University Press, 2016). His writing has appeared in Constellations, Contemporary Political Theory, Historia y Sociedad, New Political Science, Perspectives on Politics, Political Theory, Polity, Postcolonial Studies, Radical Philosophy and Theory & Event. Currently he is finishing a book on the dialectical legacy of critical theory and its political import, tentatively titled Wayward Dialectics: Adorno, Jameson and Universal History as well as working on another tentatively titled Shadows of Catastrophe.