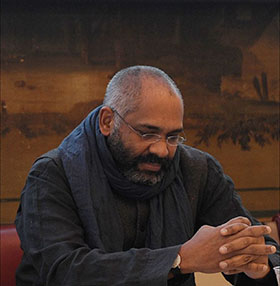 David Scott is professor and chair of the Department of Anthropology at Columbia University, director of the Small Axe Project and editor of its print journal Small Axe. He is the author of Formations of Ritual: Colonial and Anthropological Discourses on the Sinhala Yaktovil (1994), Refashioning Futures: Criticism after Postcoloniality (1999), Conscripts of Modernity: The Tragedy of Colonial Modernity (2004); Omens of Adversity: Tragedy, Time, Memory, Justice (2014), and Stuart Hall's Voice: Intimations of an Ethics of Receptive Generosity (2017), and is the co-editor of Powers of the Secular Modern: Talal Asad and his Interlocutors (2006). He is currently at work on a number of book projects, including a study of the irreparability of the evil of New World slavery, and a biography of Stuart Hall.