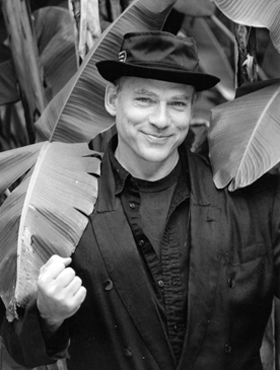 Rosa von Praunheim was born in 1942 at the central prison in Riga during the German occupation. He grew up under the name of Holger Mischwitzky with his adoptive parents in the Brandenburg town of Teltow-Seehof in East Germany and, after his family fled in 1953, in Rhineland and later in Frankfurt/Main. In the 2007 film Two Mothers (Meine Mütter – Spurensuche in Riga) he documented his journey into his own history. His artist's name Rosa von Praunheim is reminiscent of both the pink triangle, the stigmatising symbol homosexuals had to wear in the Nazi concentration camps, and the name of the Frankfurt district of Praunheim, where he spent his youth.

After finishing school and spending a year at Werkkunstschule (School of Arts and Crafts) in Offenbach am Main, he began studying painting at the Academy of Fine Arts in West Berlin, which he left without earning a degree in favour of his work as a filmmaker. At the end of the 1960s, he became famous for his unusual short films. This is also where his friendship with the photographer Elfi Mikesch began. Rosa von Praunheim worked with her as the cinematographer on numerous documentary and feature film projects.

On New Year's Eve 1967, he met and fell in love with the young director Werner Schroeter and invited him to Berlin, where they supported each other on several films. He shot the short film Grotesk – Burlesk – Pittoresk with him in 1968, in which Schroeter's muse Magdalena Montezuma played her first lead role. Praunheim's short-term spouse, Carla Aulaulu (Carla Eger) also appeared in many of the artist friends' films.

Rosa von Praunheim is one of the world's most prolific gay filmmakers. His 1970 film It's Not the Homosexual Who is Perverse, But the Society in Which He Lives (Nicht der Homosexuelle ist pervers, sondern die Situation, in der er lebt) established him as a public trailblazer for the modern gay rights movement. In 1979 he won the Bundesfilmpreis (German Film Award) for his documentary Tally Brown, New York about the underground singer Tally Brown. In his feature films Rosa von Praunheim repeatedly made elderly, vital women the stars, including his aunt Luzi Kryn in the cult film The Bed Sausage (Die Bettwurst, 1970) and Lotti Huber in Anita – Dances of Vice (Anita – Tänze des Lasters) (1987) and Life is Like a Cucumber (Affengeil, 1990).

In the AIDS trilogy Silence = Death (Schweigen = Tod, 1989), Postive (Positiv, 1990) and Fire Under Your Ass (Feuer unterm Arsch, 1990), he denounced the discrimination against those suffering from AIDS and campaigned for help and sex education. His outing of gay celebrities on a television talk show in 1991 was intended as a "cry of desperation from an AIDS activist" (Praunheim) and remained highly controversial, but did lead to greater social acceptance of homosexuals in the long term. The documentary film Rent Boys (Die Jungs vom Bahnhof Zoo) on the Berlin hustler scene won the Grimme Award in 2012.

In addition to his career as a filmmaker and activist, Rosa von Praunheim is also a painter, author and, poet of automatic writing.