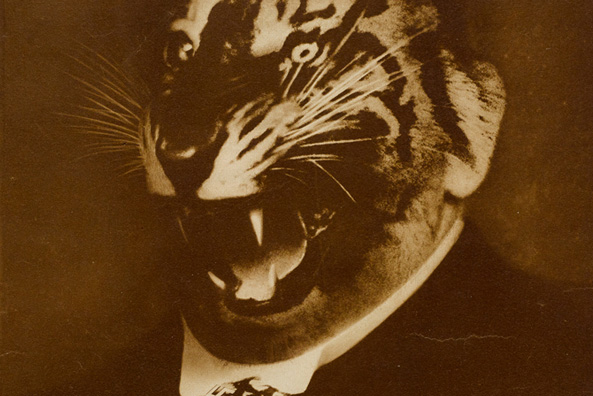 As part of the “Montage or Fake News?” exhibition programme for John Heartfield – Photography plus Dynamite, the Visual Arts Section of the Akademie der Künste, Berlin ‒ in cooperation with the Centre Georges Pompidou, Paris and the Humboldt-Universität zu Berlin ‒ has organised the online symposium “Abschied von der Fotomontage?” (Goodbye Photomontage?). Originally planned as a two-day public event on Pariser Platz, with dialogically structured impulse lectures, discussions, interviews, film screenings, music performances and artist statements, the interdisciplinary project is taking place exclusively online due to the current situation. Three panels address topical issues and questions derived from a re-examination of select aspects of John Heartfield’s works and their impact:

Based on the thought-provoking essays (PDF files) contributed by more than 22 international participants, a team of moderators ask contributors specific questions, effectively turning the discursive format into a digital montage.

In view of digital images and recordings, fake news and the warfare induced and fought with media images, can we speak of a swan song of photomontage as a classic technique? Or is the formal principle of deconstruction and construction still being continued with the help of enhanced technical capabilities? What new visual forms are emerging? What has changed in the way images are used politically? Has the proliferation of memes over the past decade become the latest viral montage medium of our times? What role have images of terrorism and other atrocities since the 19th century played on propaganda films and videos up to the present day? What needs to be kept in mind and what re-questioned? From its pioneering outset, the technique of photomontage – generally understood as the cutting up and reassembling of existing photographs that have been published in mass media – was already a method of composition that included newly produced photos, retouching and overpainting. How has this working method been reviewed? What does political satire mean today? Which new artistic forms could have an enlightening impact on our affect-oriented society?

The symposium was conceived by Angela Lammert in collaboration with Ute Eskildsen, Florian Ebner and Charlotte Klonk.

The Federal Agency for Civic Education (bpb) funded the exhibition’s special event programme. This digital offer was produced in that context.