For decades, debates have been simmering about the colonial pasts of the major European nations and their handling of provenance, restitution and the return of looted objects from colonial contexts. The reach and complexity of the debates came to the force and with it racist continuities, systematic ever since, still socially effective until today, not only affecting everyday lives, but also politics and cultural practice - in the global North as well as in the South and in relations with each other. 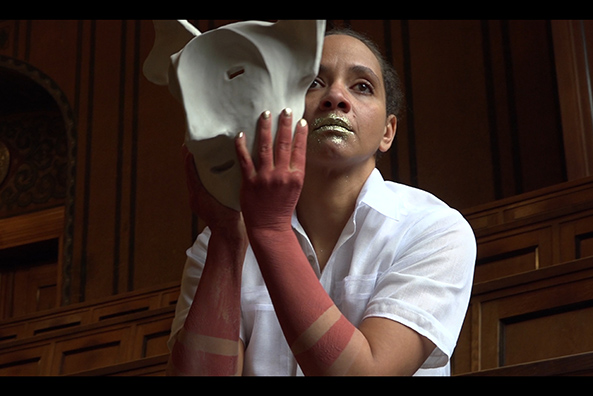 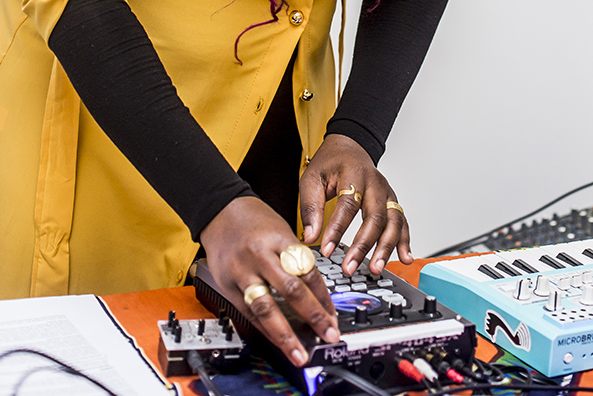 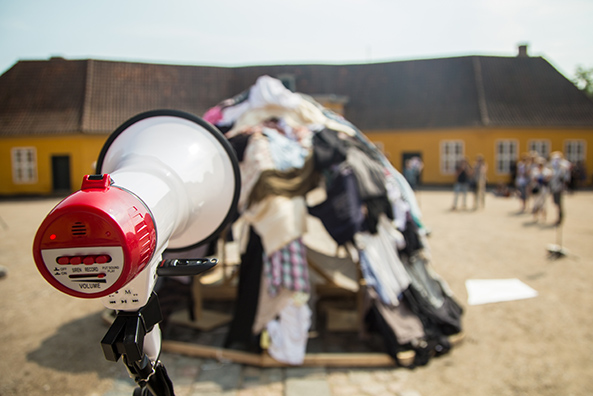 Photo: courtesy of the artist 2016

“The Western archive is exhausted!”[1] says Felwine Sarr. What can knowledge be today, beyond European knowledge systems? New perspectives and questions are needed in order to break up colonial thought patterns and challenge Eurocentric, white views that are deeply rooted in the European understanding of culture and knowledge and that continue to shape Europe's interaction with non-European cultures today, A new historiography is needed, different knowledge productions, an “epistemic disobedience”, as the literary scholar Walter Mignolo calls it. This is preceded by an “Un-learning” and “Re-thinking” of Eurocentric perspectives of the world are part of this.

The planned think tank, exhibition, and event series TALKING OBJECTS LAB will explore forms and practices of knowledge on the African continent and test strategies of mediation and visualization. It wants to focus on plural forms of knowledge. Five thematic fields are in the center here: decolonization of memory, decolonization of knowledge, empowerment and chances of artistic perspectives, and questioning of classical museum forms of preservation and presentation.

On 11th and 12th of June 2021, the performative discursive event »UNEXPECTED LESSONS - Decolonizing Memory and Knowledge« will be the prequel of the planned TALKING OBJECTS LAB. It will take place at the Akademie der Künste in Berlin and in parallel in the urban landscape of Nairobi and in the world wide web. UNEXPECTED LESSONS is a discursive performance: lectures, artistic elements, talks and discussions flow into each other and interweave with the live stream programme from Nairobi. De-Westernization and African philosophy, Black Studies, knowledge systems in music, and a critical look at the Eurocentric narrative in art history play a role in the programme.

The center of the programme in Nairobi is the street - the lived space and lived experiences of people moving in colonialized environments and doing “decolonizing labour” every day. The objects were taken from them, the people, not from institutions. Their feelings, their pain are hardly a topic today. The curatorial team in Nairobi gives space to these voices in the programme section “Decolonisation Labor is Emotional Labor” - in the form of interviews in urban space, artistic interventions and interactive discussions, live from Nairobi. The programme section “The Other Objects” deals on the one hand with the public space in Nairobi, considered as a “colonized object” and invites the renaming of streets, squares and buildings. On the other hand, the curators explore ways of reviving objects stored as artifacts in European museums, to give them back their functionality and their meaning. What does it mean to use the objects, to wear them, to dance with them?

[1] Felwine Sarr, from the lecture “Rewriting the Humanities from Africa for an Ecology of Knowledge”, 1st Berlin Southern Theory Lecture, December 2019

On 11th of June in Berlin with sociologist and economist Felwine Sarr, art historian, curator and author Nana Oforiatta Ayim, (after their keynotes in conversation with Aïcha Diallo), artistic interventions by the sound artist Elsa M’Bala and the performance artist Nathalie Anguezomo Mba Bikoro (artists talk together with Syowia Kyabi, hosted by Magnus Elias Rosengarten). Programme from Nairobi including vox pops and artistic interventions on the thopic of “Decolonisation Labour is Emotional Labour”.

On both days, an online film programme curated by filmmaker and visual anthropologist Nnenna Onuoha - and a digital city walk along colonial traces in the city (from the Akademie der Künste to Wilhelmstraße (to the site of the “Africa Conference” 1884/85) and back) curated by Dekoloniale – Memory Culture in the City with Mnyaka Sururu Mboro, Paulette Reed-Anderson and Israel Kaunatjike.

Due to Covid-19 restrictions, the entire event will take place with a limited audience on site and will also be streamed live online.

The complete programme and live stream at www.talkingobjectslab.org. 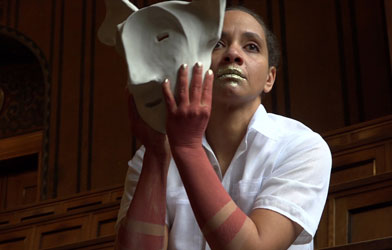 Video recordings from 11 and 12 June 2021 on www.talkingobjectslab.org