Art and Migration 1933-1945: Documents and Objects from the Academy Archive 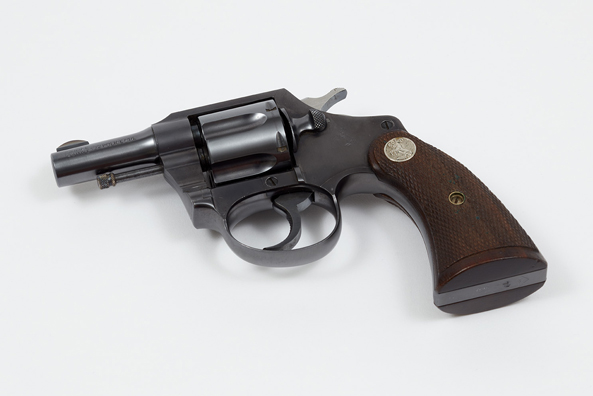 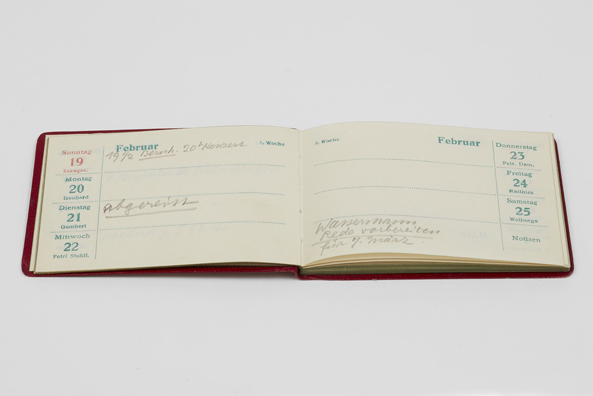 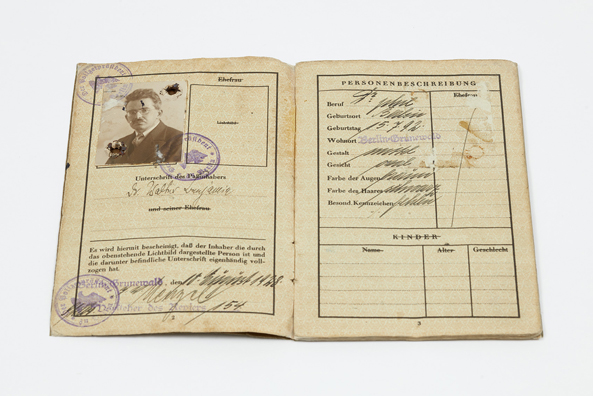 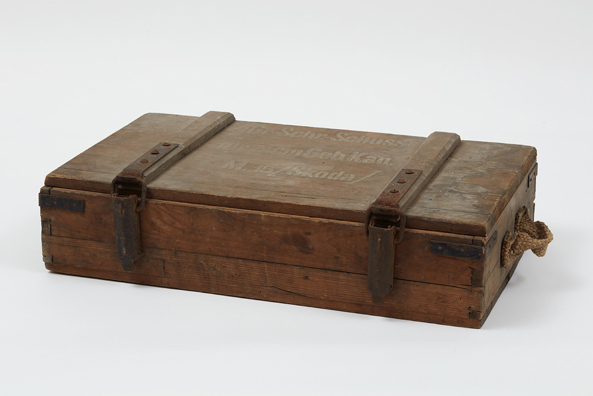 "I always found the name false wich they gave us: Emigrants.
That means those who leave their country. But we
Did not leave, of our own free will
Choosing another land. [...]"
Bertolt Brecht, Concerning the Label Emigrant, 1937

In 1937, Bertolt Brecht had already been living with his family for four years in exile in Denmark when wrote his poem Concerning the Label Emigrant. This expresses a process of self-awareness, written in the style of a didactic poem. Brecht explains the difference between flight and emigration to himself and the reader, but his calm composure is deceptive. The poem is defining his own existential position. These exiles will not resign themselves to their fate. They still have to be reckoned with.
The poem is just as relevant as ever. The émigrés could be those of today. Even if the reasons for their flight are different, they are bound by the uncertainties, then as now, surrounding people fleeing from their homes or in their various countries of exile. They worry about their relatives, have lost their livelihoods, fear for their futures, and hope for a change in the political situation in their home country.

"Fear clings to me permanently; and the worst is that I can no longer bear the reasons for it, there are simply too many."
Heinrich Mann to Félix Bertaux, Nice, 27 March 1939

The biographies of artists forced to flee under the Nazi regime are marked by persecution and leave-taking, by homelessness and speechlessness in the face of the loss of their accustomed cultural and linguistic spheres. Their familiar lives, creative work, plans and ideas were abruptly interrupted. How did they cope with the feeling of hopelessness? What were their fears and what did they experience in exile? Did they successfully manage to make a new start, that “thinking without a banister” which Hannah Arendt described as an openness towards unstable states and an uncertain future?
It is the simple objects and documents which tell of the experience of flight and exile. At first glance, they seem unremarkable, nondescript: a pocket calendar, a doll, a passport, a piece of red fabric. But there are memories and stories attached to each of them. For the people they belonged to, they were so valuable because of the particular circumstances in which they were made or used. Under the most difficult conditions, they were taken along, kept and saved; they became irreplaceable.

"The complete uncertainty about what the next day and even the next hour will bring has dominated my existence for many weeks."
Walter Benjamin to Theodor W. Adorno, Lourdes, 2 August 1940

The objects tell of loss, of preparations and decisions having to be made out of the blue, and of despair, misery and hardship. But they also tell of being saved, of return, and survival. These objects have found their way into the archives of the Akademie and, even today, keep the memory alive of what was experienced. They are signs of existential crises, of resignation, but also symbolise the unbroken drive to create and survive. They accompanied and commented on escape routes, they came to be surrogates for the places left behind and created connections to the familiar in distant lands.

"I wait for your letters like I used to wait for a visit from my best friends."
Anna Seghers to F.C. Weiskopf, Bellevue, France, [early February 1940], Original in French

For anyone engaging with these objects, deciphering the handwriting and being mindful of what is seemingly unimportant, they come alive. What they convey is often found in the traces of their use or marginal notes. They offer no unequivocal answers; they conceal the inexpressible, and pose mysteries and puzzles. Did Kurt Tucholsky acquire a revolver to keep open the most radical escape route of all – taking his own life? The final entry in his Sudelbuch, his literary notebook from 1935, certainly suggests just that. He drew the words Sprechen (speaking), Schreiben (writing), and Schweigen (remaining silent) as three steps, expressing his profound feeling of resignation. His censorship, the ban on writing and ultimately the burning of his books confirmed his belief in the futility of his warnings. When exactly did Heinrich Mann become aware of leaving Old Europe? His pocket diary for 1933, a banal object for daily use, opened at the page of the last week in February, provides an insight into the far-reaching implications of the situation. The laconic entry “departed” on 21 February finds its equivalent in the calendar notes, diary entries and letters of the many other artists who fell victim to reprisals and were forced to flee after the National Socialists took power.

"I don’t want to leave."
Arnold Zweig, diary entry, 1 March 1933, before fleeing from Berlin to Palestine

What did Walter Benjamin hope that his friend Theodor W. Adorno could do when, in a letter in 1940, he expressed his concerns over the fate of his writings? Anna Seghers took with her into exile a valuable, handwritten letter from Heinrich Heine, to be used for emergency funds if necessary – but who had the idea of concealing it in a child’s doll to carry it safely across the border? When someone finally arrived in the county of exile, what did they need to build a new life? How did the majority society view the refugees arriving in their country? What was it like living “as near as we can to the frontier”?

"Our life is packing and struggle."
Bruno Taut, diary entry, 13 September 1933, before leaving for Tokyo

Enforced exile did not always only mean loss and hardship. It also offered the chance to explore new cultures, as is evident from Bruno Taut’s writings and drawings in Japan, or the discovery of new techniques by painter and printmaker David Ludwig Bloch, which he then used for his ink drawings of everyday street scenes in Shanghai.
Flight and exile impacted the lives and work of the artists shown in this exhibition in very different ways. The need to continually decide anew on the place of one’s own creative work and life did not end in the supposed security of exile. Was there a basis for a long-term life in the country of exile? Was returning to post-war Germany even an option? What does “coming back” mean?