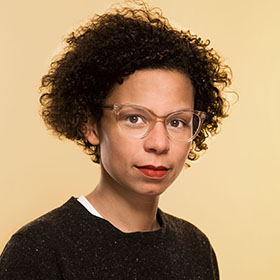 Julia Wissert studied directing at the University Mozarteum Salzburg as well as Drama with Media Arts at the University of Surrey. She worked as assistant director in different city and state theatres in Germany. Her first work experience outside the institutions was in Salzburg when whe developed the performance Salzburger Deathdance for which she received the price of the city of Salzburg. Her diploma thesis was an artistic investigation into structural racism on German speaking stages called Schwarz.Macht.Weiß. A critical analysis of the work conditions of Black theater makers on German speaking stages. Wissert is also part of the German, Namibian artists collective Kaleni, a space for collaboration and exchange.