In the Spirit of Käthe Kollwitz – Today Laureates of the Käthe-Kollwitz-Preis of the Akademie der Künste, Berlin

The Käthe-Kollwitz-Preis has been awarded by the Akademie der Künste, Berlin since 1960 and is one of the institution’s oldest awards. A select group of prizewinners respond to the essence that Käthe Kollwitz’ lasting impact continues to have to the present day ‒ fluctuating between myth, a source of inspiration, review and cliché. Kollwitz’ unsparingly critical and at the same time emotionally touching treatment of the life circumstances of social fringe groups led the Akademie member to develop an independent body of work of international importance that oscillated between Expressionism and Realism. In 1933 the National Socialists forced Kollwitz to leave the Akademie and relieved her of her position as the head of the master class for graphic arts; in 1936 she was banned from taking part in exhibitions.

Our 21st century global society continuously reacts with renewed strength to the instability and fragility of individual, social and political conditions triggered worldwide by wars, poverty, dictatorships and terrorism. Kollwitz’ assertion, “I want to exert influence in these times when people are so at a loss and in need of help”, strikes a “psalmodic” impulse for contemporary artists who also wish to engage expressively through discursive, formal aesthetical and narrative contributions in the media of painting, sculpture, drawing, installation, photography, film and video.

A project of the Käthe Kollwitz Museum Köln and the Akademie der Künste, Berlin, commemorating a 25-year cooperation between Berlin and Cologne. Funded by the Kreissparkasse Köln. 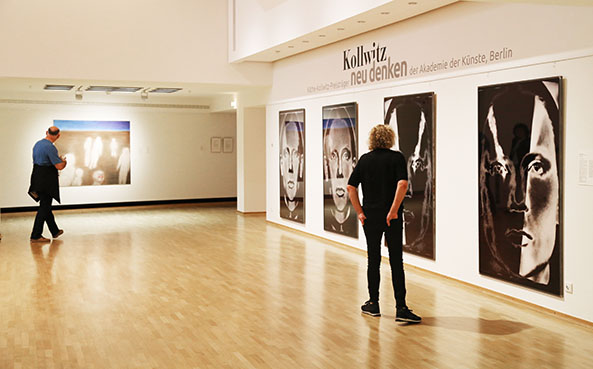 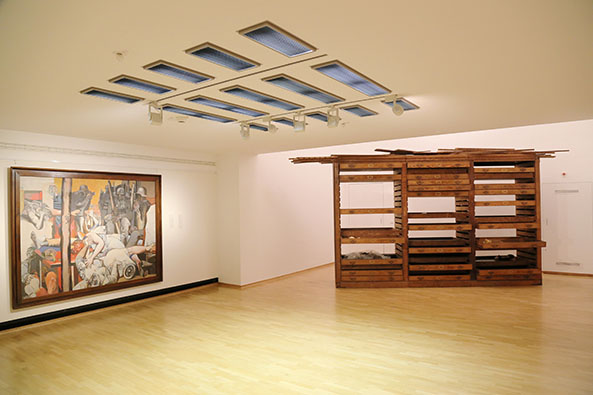 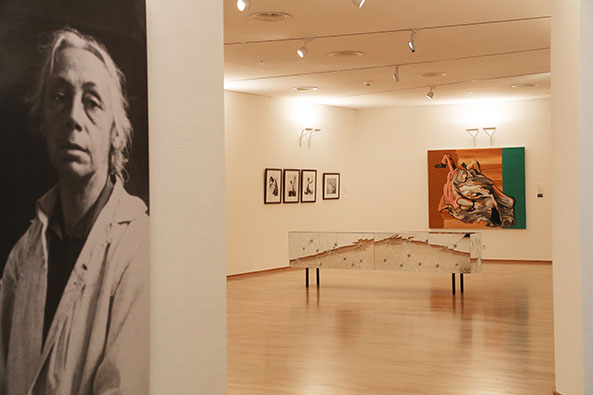