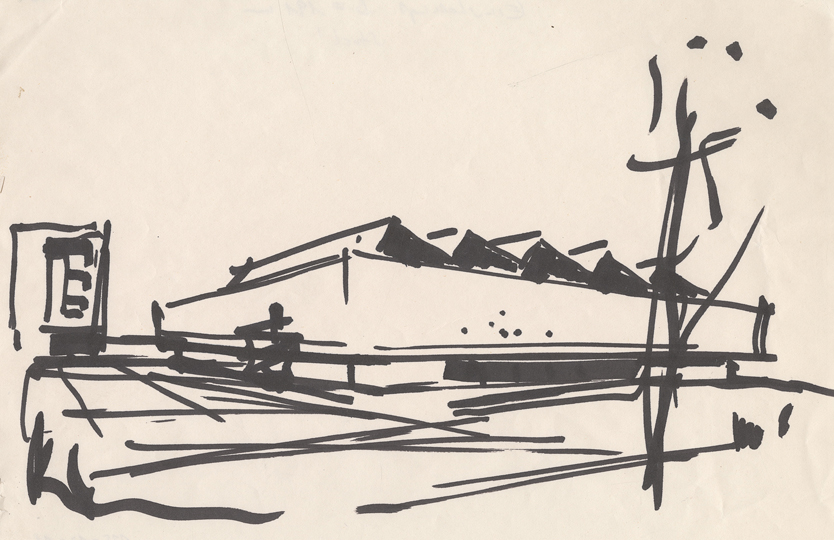 As part of the Brücke-Museum exhibition „Werner Düttmann. Building. Berlin“, a presentation on his special relationship to the Akademie der Künste – to the building as well as to the institution – will be shown in the foyer.

As a 37-year-old architect, Werner Düttmann was assigned to construct the three-part building complex from 1958, which was opened on 18.6.1960. He had been a member of the Architecture Section since 1961 and served as president of the institution from 1971 until his death in 1983. The exhibition describes his design and the execution of the building. In addition, his work as president and the cultural life of the Akademie der Künste during this period are documented with photographs, documents, posters, films and interviews.

Presentation of the Brücke-Museum in cooperation with the Landesdenkmalamt Berlin, the TU Berlin and the Archive of Akademie der Künste.

The Akademie building at Hanseatenweg, designed by Werner Düttmann, becomes a satellite for an exhibition by the Brücke-Museum.