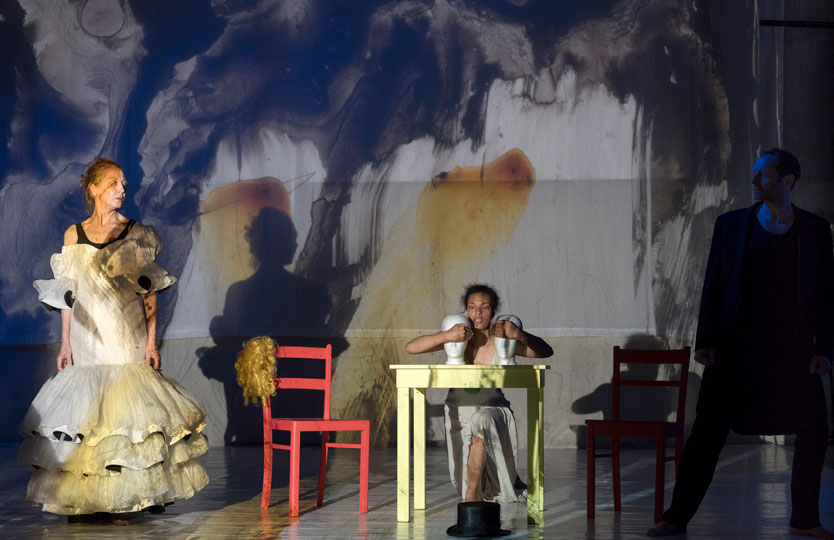 For Wassily Kandinsky (1866–1944), the sound of music – the most abstract of the arts – stands as a cipher for the sound of colour and light, of movement and dance, of word and music. At the same time as Schönberg, who as a composer was concerned with overarching stage concepts, the painter, art thinker and Bauhaus teacher Kandinsky examined the interaction of the arts in his “stage compositions”, which are also to be understood as stage directions, without fusing the two. He was interested in their different effects on human consciousness. In 1914, he created his stage composition Über die Mauer.

Under the direction of choreographer and director Arila Siegert, a scenic realisation of this work was created for the first time with the artists’ group Violett. The original text material is held in the Kandinsky Archive of the Centre Pompidou. Arila Siegert, who has been analyzing Kandinsky since her time as a student of Palucca, is concerned with opening up an experimental space in her work, where the participants arrive at a common form through freely unfolding sensory perception.