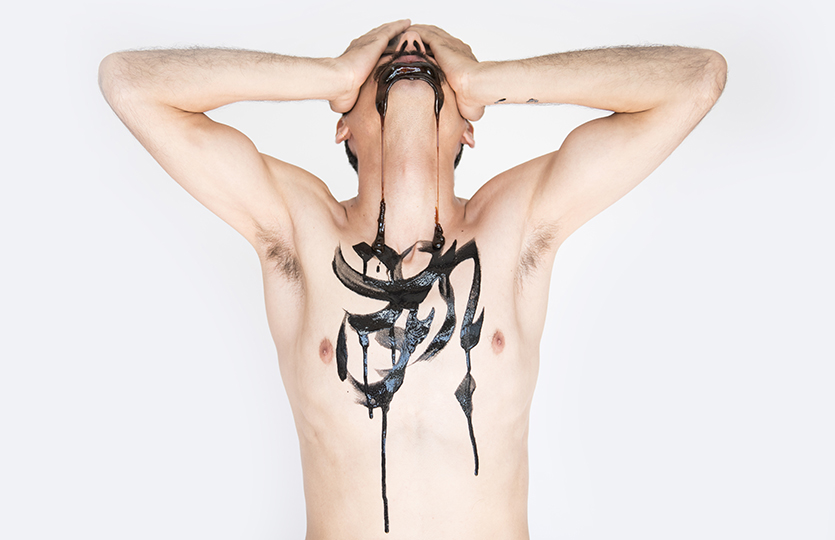 Handwriting and graffiti play a crucial role in the upheavals around the world. They are used by opponents of regimes as the only method of expressing their opinions that is not subject to control. Over the last twenty years, calligraphy in Iran has also enjoyed a renaissance, and is one element in much of the graffiti. In the dance performance bodytext, developed by Berlin choreographer Modjgan Hashemian with the Iranian dancers Ashkan Afsharian, Kaveh Ghaemi and Elahe Moonessi, writing becomes legible and disappears again. The dancers become text bodies themselves – how can the space between the signs be read, and what does it mean if your system of writing is taken away from you?

The performance is followed by a discussion with the artists and performers involved in bodytext.

in_visible by Modjgan Hashemian was developed in cooperation with the TARKIB Bagdad Institute for Contemporary Art and in co-production with the Akademie der Künste with the kind support of the Goethe-Institute and Aufbruch, Kunst Gefängnis Stadt.

Followed by discussion of "bodytext"
In English language