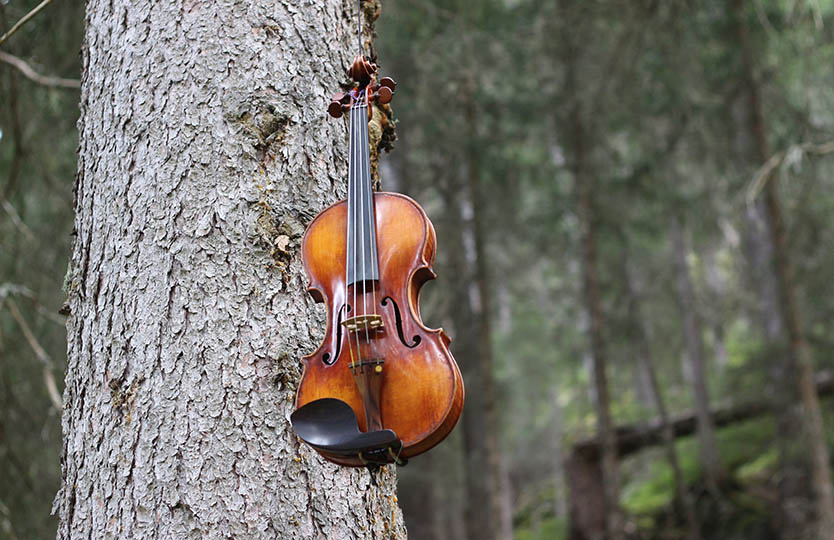 Five varied audio-visual installations and one live performance are being staged in the many niches of the outdoor and indoor space of the Akademie der Künste at Hanseatenweg.

Life is Impossible without Forgetting

The electronic musician and electric bass player Tony Elieh sees in forgetting a chance to escape Beirut, the Lebanese city repeatedly exposed to destruction. In his sound installation designed for a concrete staircase of the Akademie building, he takes as his starting point the jingle announcing the news broadcasts in the Christian eastern part of Beirut during the civil war (1975-1990), reconstructed as the sum of acoustic memories in his circle of friends.

Realised as part of the “Weltoffenes Berlin” (Cosmopolitan Berlin) fellowship at the Akademie der Künste, Berlin, funded by the Berlin Senate

In his installation TRENZA the Bolivian composer Carlos Gutierréz explores the state of "sound hallucination". He refers to the phenomenon of music that keeps on revebrating in the ear for hours even though the actual music has long since faded away. To explore this psychoacoustic effect, Gutierréz works with the diverse sounds of the indigenous Anata flutes, played by the Bolivian chamber ensemble of the Orquesta Experimental de Instrumentos Nativos (ECOEIN). In a space of eight loudspeakers he ties the sounds together. The installation incorporates a part of Gutiérrez's composition Naturvölker commissioned by Memories in Music: Sound Incarnation.

Jorge Villaseca, spacial sound balance in the space at AdK

As in a photographic double exposure, two realities merge into one: in her concert installation, Carola Bauckholt instrumentally imitates natural sounds deeply rooted in memory. Specific bird calls are transmitted to violins hanging in a large tree, to which the violinist Karin Hellqvist enters from time to time on 7/8 May into a live dialogue in which the violins are indistinguishable from birdsong.

With the kind support of the Studio for Electroacoustic Music of the Akademie der Künste, Berlin

The festival introduces Guilherme Vaz, a central figure of the first generation of Brazilian sound art at the interface of European and indigenous aesthetics. Sinfonia dos Ares is one of Vaz’s “long-durational” studio compositions, marked by over 20 years of close contact with indigenous sonorities in western Brazil, presented at the Akademie as an installation with mechanically operated indigenous maracas.

The maracas are created and offered by the indigenous group of the Pataxó.

With support by Goethe-Institute Sao Paulo

In his trio from 1996 composer Walter Zimmermann takes up the mask and costume dance Baile de la Conquista that is popular in Guatemala to visualise and psychologically reclaim the Spanish conquest of the country. The "Dance of the Conqueror" is used by the natives, to make fun of the colonisers. In a way the composer of this piece is one of them too, as he takes advantage of the numerous percussion instruments found there: Vaina de Algarroba, Teponatzli, Boule de Agua, Raspador, Matachin rattle, etc. The music is also played by the natives.

With friendly support by Deutschlandfunk Kultur

On the concert days on 6 and 7 August 2021, the installations are included in the day tickets