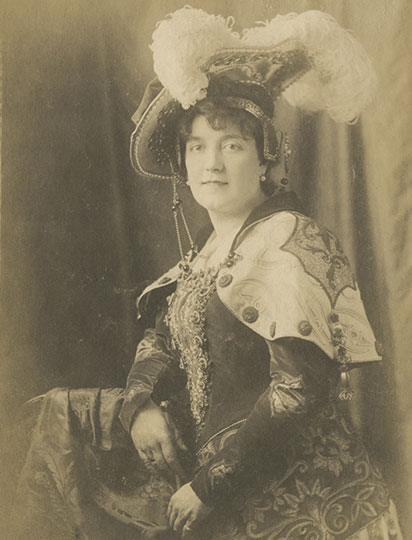 Charlotte Basté took on her first leading role around the age of three; the first of many. After engagements in Berlin, Petersburg and Göttingen, she joined the ensemble of the Königliches Hoftheater in Dresden in 1885 and married the eldest son of Berlin theatre owner Franz Wallner. Photos, fan mail, newspaper articles, contracts and much more, part of her son Franz Wallner-Basté’s estate in the Academy archives, show the life of an actress in the late 19th century, which is more similar to that of today’s stars than one might think.