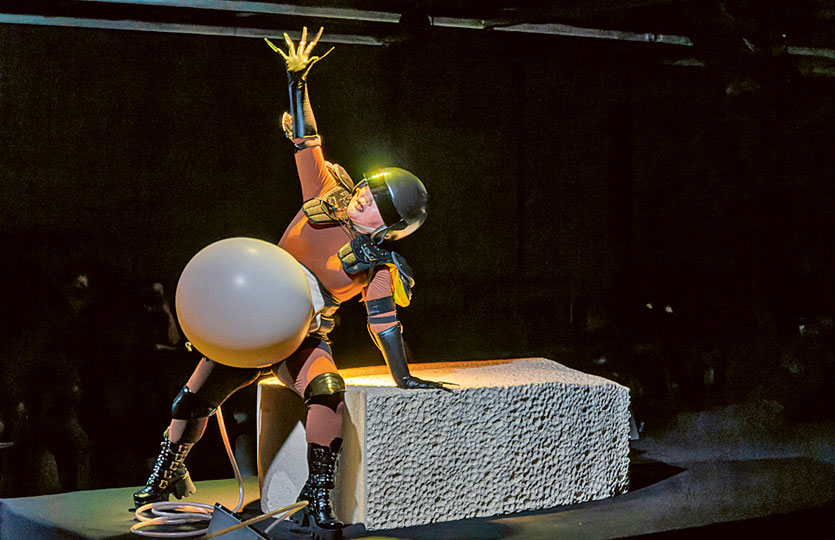 For the first time, two of the most outstanding female composers of our time will meet on this evening: Chinese composer and Pulitzer Prize winner Du Yun from New York, currently Deutsche Bank fellow in music composition at the American Academy, and Austrian composer Olga Neuwirth, member of the Akademie der Künste and this year's winner of the Siemens Music Prize. Both negotiate gender roles, traditions and the transitions between the arts in their works, which are often characterised by narrative and media components.
Special features of the concert evening: The two works by Olga Neuwirth will be visually mirrored in the live video by the well-known video artist Lillevan. Du Yun herself will perform as a solo performer in A Cockroach's Tarantella. Musicians from the Ensemble Mosaik will play.

Followed by a talk with Du Yun and Olga Neuwirth
Moderation: Bastian Zimmermann

With kind support of the American Academy

Followed by a talk with Du Yun and Olga Neuwirth