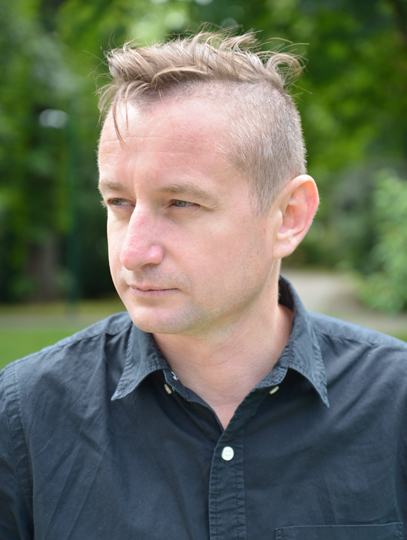 In discussion with author Ingo Schulze, Ukrainian poet, musician and translator Serhiy Zhadan presents his new book Warum ich nicht im Netz bin, released in August by Suhrkamp. His last work published in German was his novel Mesopotamien. In his new work, subtitled Poems and Prose from the War, Zhadan has collected verse, song texts and diary notes, mostly written during his journeys through eastern Ukraine.

As a traveller, Zhadan, who was born in 1974, is always part of the picture painted in his rhythmic language and composed of many individual stories and narratives. These not only include a fleeing cellist, a tattooist shot dead and mothers tired of war, but also sweeping images of destroyed villages and landscapes, lost relations and the timeless horror of death – a gaze as precise as it is realistic, enriched by its lyricism and which, despite being permeated by sadness, still conveys the hope of seeing and being seen. In the introduction, Serhiy Zhadan writes: “At some time, the war will end, even if at present it looks as if it’ll go on forever. The cities, the streets, the voices remain, the desire to talk remains, the desire to listen.”