In their work, Warsaw artists’ group Strefa WolnoSłowa investigate the transgenerational European culture of memory. Their current project in this area explores the histories and narratives which refugees are bringing to Europe, or were brought by migrants now in the second and third generation. Funded by the EU and the Belgian-Polish Evens Foundation, the group has started work on a European History Atlas. The Atlas content comes from long-term workshops which, among other things, generate theatre performances. These workshops are run by partner organisations in four cities (Antwerp, Bologna, Paris and Warsaw). 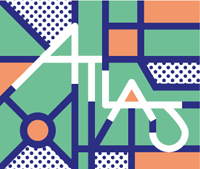