Challenging records, reclaiming narratives, or writing differences into public accounts, requires defiance, imagination, and the bringing together of oppositional experiences and knowledge. Often incomplete and unstable, archives have become spaces where accounts of histories are contested and expanded through acts of resistance and refusal. Examining the gaps, omissions, and the politics of metadata, “What Stays – Archiving Care” explores how counter-archives can be built through gestures of care, opening up alternative histories, narratives, and stories.

“What Stays – Archiving Care” is a project by the JUNGE AKADEMIE of the Akademie der Künste, Berlin, transmediale festival for digital arts and culture and the Goethe-Institut Slovakia. With an open call for digital residencies for international artists and various online and offline presentation formats, artistic strategies unfolding at the interface of counter-archives and technology will be discussed over the course of one year. 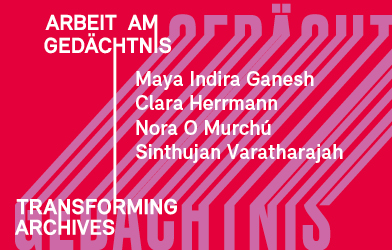 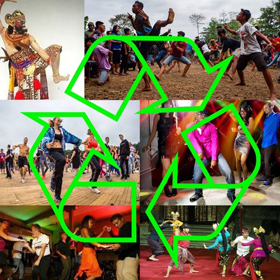 Gamelan, made up predominantly of percussive instruments, is the traditional ensemble music of the Javanese, Sundanese, and Balinese peoples of Indonesia. In JOGET-X, Aditya Surya Taruna explores the diversity of Gamelan music to construct a speculative archive of Indonesian dance music. The project asks; what if colonisation did not affect how music, technology and dance has developed? Exploring the oral traditions and knowledge systems of indigenous culture, the project investigates how these knowledge systems can coexist with and contextualise global understandings of technology and music. The archive will contain historical data from 1980-2020. Existing histories will be hacked and deconstructed in collaboration with six musicians and dancers from Jakarta to Wamena (West Papua), through the process of Laras, an Indonesian tuning method. As well as this archive, the artist is developing a set of open source digital instruments that are built with the methods and processes of Gamelan music. 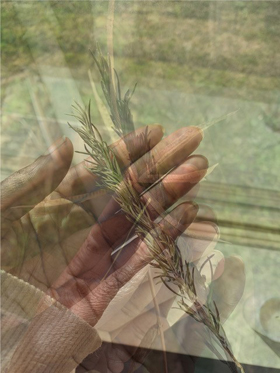 Noticing The Preconditions For ___________.  is an experiment in durational correspondence between artists Romi Ron Morrison and Mimi Onuoha. In this project, noticing takes an archival form, indexing passing moments of care each artist notices in their daily life. Observing the tension between two worlds - one desperately trying to reproduce its power, and a new world not yet allowed to be born - the project aims to collect traces of this new world found in the present. These moments are archived and are intended to act as instructions that reveal Black futures in quotidian practices of care and kinship. The database reveals future potential, and acts as a guide for the various ways the artist and their collaborator wish to coexist together.

The Subterranean Imprint Archive is an ongoing research project that traces the legacy of extractive technologies in Central and Southern Africa. The starting point of this inquiry is in the underground of the Shinkolobwe mine in the Democratic Republic of the Congo, where the uranium used in the Manhattan Project to create the atom bomb was extracted. The residency marks a new chapter of this project, focused on locating the key moments surrounding nuclearity on the continent. Through visual strategies which manipulate global mapping technologies, this chapter asks if we can dislocate, re-map, complicate, and exploit existing models to deepen and disrupt the discourse on technopolitics in Africa and abroad. This work seeks to layer narratives that are usually kept distinct and to visualize these historical and technological entanglements.

Aditya Surya Taruna aka Kasimyn is an electronic music producer, sound artist, DJ, amateur researcher and graphic motion artist based in Bali. His work is inspired by points of crossover between tradition & technology, dance music, and the fascinating connection between the past and the future of Indonesian culture. His experimental collaboration with a fellow artist/MC, Gabber Modus Operandi, makes an imaginary Indonesian version of rave by using traditional scales with hardcore dance music. He has also worked solo as Hulubalang.

He has been featured in multiple festivals, including Dark Mof, CTM Festival, Unsound, and NYEGE-NYEGE Festival Uganda, and has released on labels including YESNOWAVE Indonesia, Shanghai’s SVBKVLT, Ireland’s CANVAS INDEX, SFX Berlin, and the Swiss label DANSE NOIRE.

Lo-Def Film Factory
Based in South Africa, the Lo-Def Film Factory’s work involves archival research, dramaturgy, and visual strategies associated with video art, collage, sculptural installation and Virtual Reality, to explore and create space for collaborative and experimental community storytelling. The Lo-Def Film Factory was created by artist duo Francois Knoetze and Amy Louise Wilson. Francois is a sculptor, performance, and video artist, who creates narrative portraits of the uncertainty in the nervous system of a global digital machine at the brink of collapse. Amy is a writer and performer interested in traditional South African theatre practices as a methodology for research and experimentation. The duo work with digital technologies in a DIY practice which embraces mistake-making.

Romi Ron Morrison
Romi Ron Morrison is a Black queer non-binary artist, researcher, and educator. Their work investigates the personal, political, ideological, and spatial boundaries of race, ethics, and social infrastructure within digital technologies. Using maps, data, sound, performance, and video, their installations center technologies for Black life that challenge the demands of an increasingly quantified world that reduces land into property, people into digits, and knowledge into data.