Only eight months: Theodor Fontane’s guest appearance at the Royal Academy of Arts

It was a minor affront: appointed by the Prussian King to the post of secretary of the Academy, Theodor Fontane submitted his resignation just a few weeks later, on 28 May 1876. As a servant to two masters, the writer found himself caught between the fronts.

Everything had started out so well: after the lucrative post became vacant when Otto Friedrich Gruppe died in January 1876, Fontane’s friend Richard Lucae, Director of the Academy of Architecture in Berlin, pulled some strings on behalf of Fontane. Lucae’s letter of recommendation to Academy President Friedrich Hitzig and the Ministry of Culture led to Fontane being appointed two months later – despite his lack of relevant experience – as “First Permanent Secretary of the Royal Academy of Arts” (Minister Adalbert Falk). For the 56-year-old journalist, who had been living in precarious circumstances until then, the position meant social advancement. Although Fontane had made a name for himself with his Wanderungen durch die Mark Brandenburg and his war books, the royalties he received were negligible; and the income from his job as a theatre critic for the Vossische Zeitung was also modest. This new position within the higher civil service, which came with an annual income of 2400 talers and eligibility for a civil servant’s pension, promised the financial security the head of a family had long sought.

Fontane’s assumption of office, however, turned out to be a bitter disappointment. At his swearing-in ceremony on 11 March 1876, which was covered prominently in the press, he reluctantly agreed to work without pay for the first seven weeks. Moreover, the reform process the Academy was undergoing at the time had unpleasant consequences for the new secretary. According to a “provisional statute”, the institution had been divided into two distinct areas since 1875, namely “the advisory, representative Senate and membership body, and a number of teaching institutions”. The most important personnel-related change was the establishment of the Office of the President. Fontane suspected that he would be “drawn into a rather nasty feud”, as he was assigned two superiors: the president of the Academy and architect Friedrich Hitzig, whom he was to “assist”, and the director of the Academy for Fine Arts, Anton von Werner. The young, successful historical painter had been appointed despite Hitzig’s opposition and understood just as little as Fontane did about “bookkeeping, registry and office work” (Werner). In addition, Fontane felt pushed into the role of personal assistant to Anton von Werner.

A further problem was that the job demanded organisational skills more so than creative competence. The first secretary was responsible for the management of administrative affairs, and as secretary he was also a member of the Senate. Fontane was in charge of personnel affairs, budget and cash accounting as well as library administration, building renovations and construction projects. He was also involved in the organisation of art exhibitions, supporting young artists and award ceremonies. Although he had other civil servants under his authority, they were absent for several weeks due to illness.

The conflict escalated when Fontane demanded a private secretary be hired for Werner. At the meeting of the Senate on 27 May 1876, the decision was made – in Hitzig’s absence – to request an addition secretarial position. Hitzig felt betrayed by Fontane, accused him of “ambiguity” and stated that Werner already had a secretary, namely Fontane. In consequence, Fontane submitted his resignation to the Minister of Culture on 28 May. In an accompanying letter to Falk, Fontane explicitly distanced himself from Hitzig’s accusation, which amounted to a breach of trust: “The fact of the matter is simply that it is not I who am ambiguous, but rather the conditions into which I have been placed, which are well known for their dualism.” In a second letter of resignation addressed to the King, he had to acquiesce to the instructions of the minister and conceal the true motive for his resignation, while taking “all the blame upon himself” (Fontane). The reputation of the Academy was at stake; after all, its president had personally lobbied for Fontane, despite the King’s initial misgivings regarding his suitability for the job.

The months leading up to his discharge on 31 October 1876 were fraught with tension. The situation was compounded by the fact that Fontane had not discussed his decision to resign with his wife beforehand, which precipitated a serious marital crisis. Nevertheless, Fontane fulfilled his professional duties and on 3 August 1876 presented the annual report on the occasion of the King’s birthday.

He was subjected to one final humiliation by having to repay his salary for November and December. Toward the end of his life, by then having become the most prominent German novelist of his time, Fontane gave a bitter resume of this experience in his autobiography Zwanzig bis Dreißig: “It was pretty much the worst period of my life.” 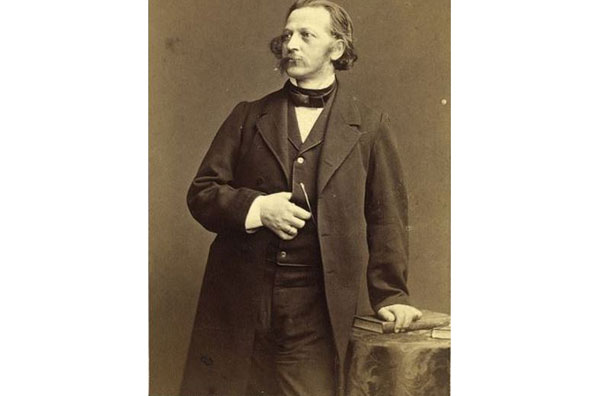 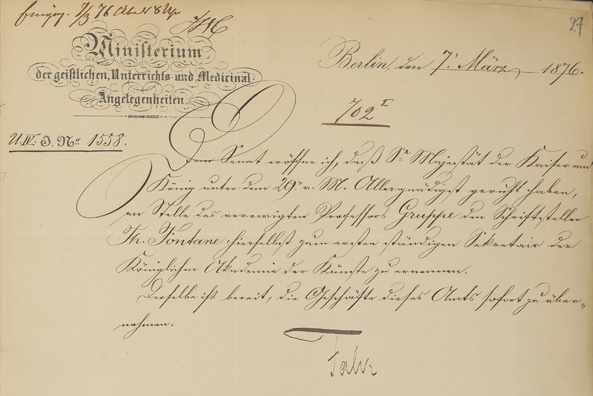 Theodore Fontane’s appointment as secretary of the Academy. Letter from the Minister of Culture Adalbert Falk, 7 March 1876. Photo: AdK

Theodore Fontane’s appointment as secretary of the Academy. Letter from the Minister of Culture Adalbert Falk, 7 March 1876. Photo: AdK 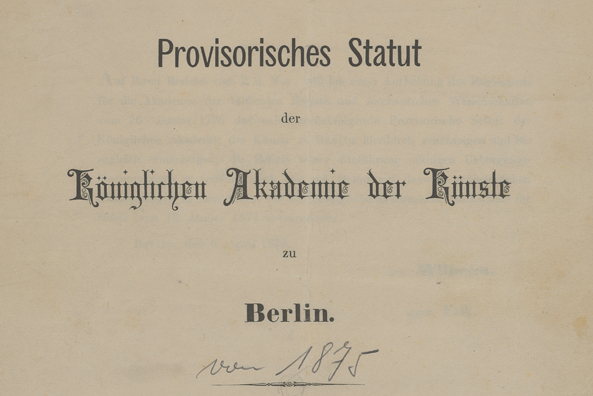 Provisional statute of the Royal Academy of Arts, 1875. Photo: AdK

Provisional statute of the Royal Academy of Arts, 1875. Photo: AdK 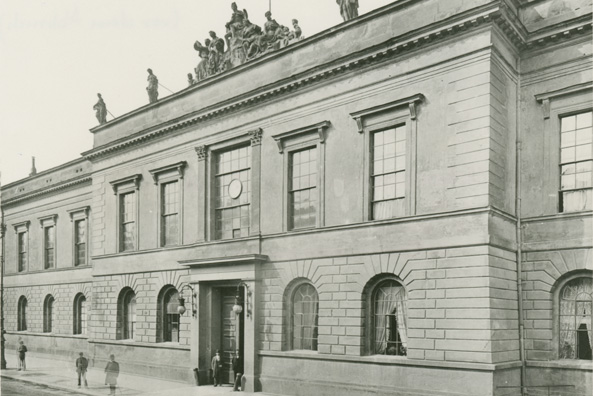 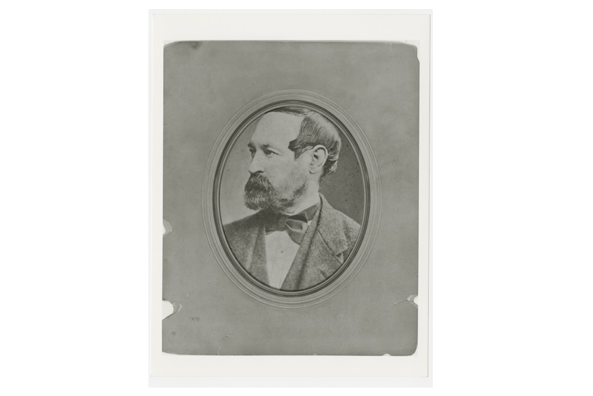 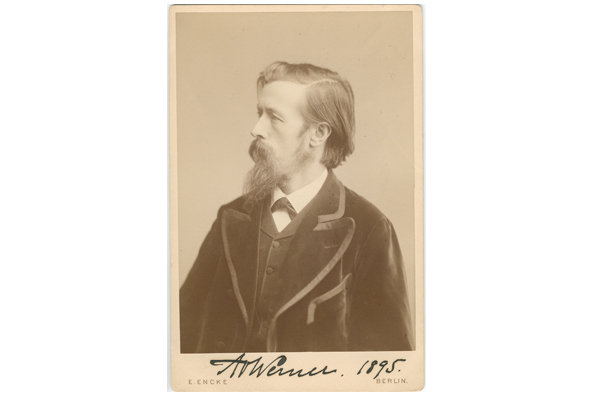 Anton von Werner, a member of the Senate and of the newly founded University of Fine Arts in 1875, 1895. Photo: E. Encke

Anton von Werner, a member of the Senate and of the newly founded University of Fine Arts in 1875, 1895. Photo: E. Encke 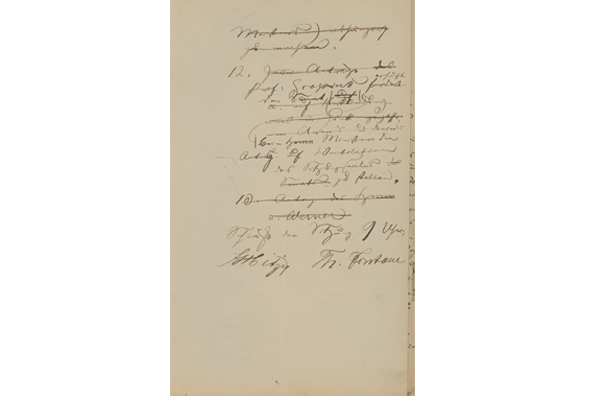 Handwritten minutes taken by Fontane for the meeting of the Senate of the Academy on 15 March 1875 (excerpt). Photo: AdK

Handwritten minutes taken by Fontane for the meeting of the Senate of the Academy on 15 March 1875 (excerpt). Photo: AdK 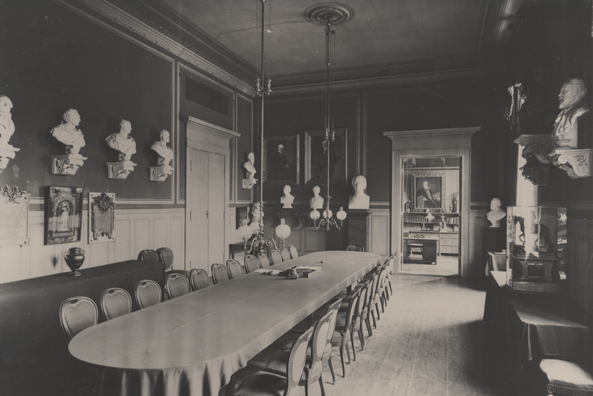