The Akademie der Künste speaks from a perspective of independent responsibility. It should provide an international impact originating from the capital city of Berlin, and as a nationally important institution dedicate itself to cultural development as well as the safeguarding of the cultural heritage. The Akademie der Künste advises and supports the Federal Republic of Germany in affairs of art and culture”. – The words of the Law establishing the Akademie der Künste from 1st May 2005, which regulates the transfer of the Akademie into Federal Government trusteeship. 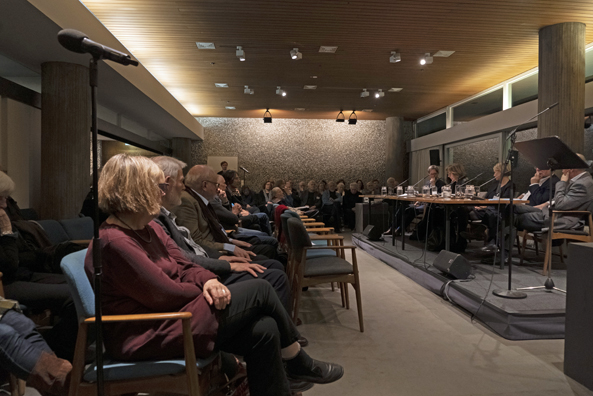 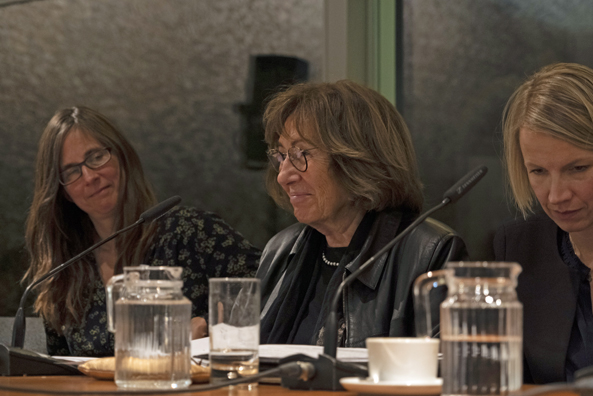 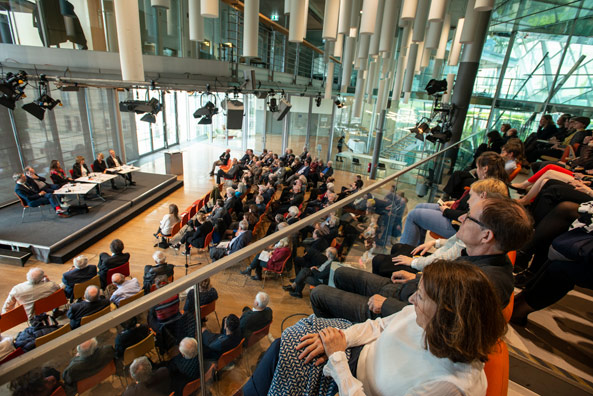 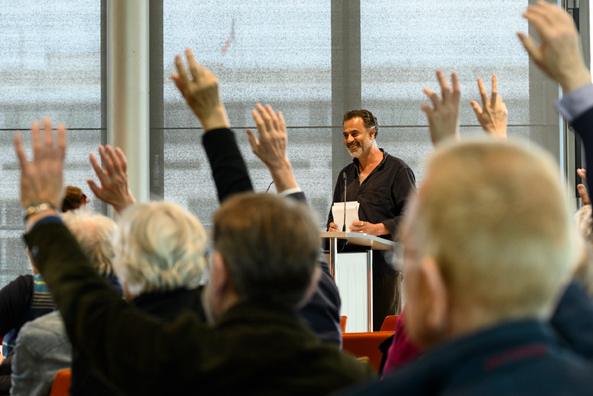 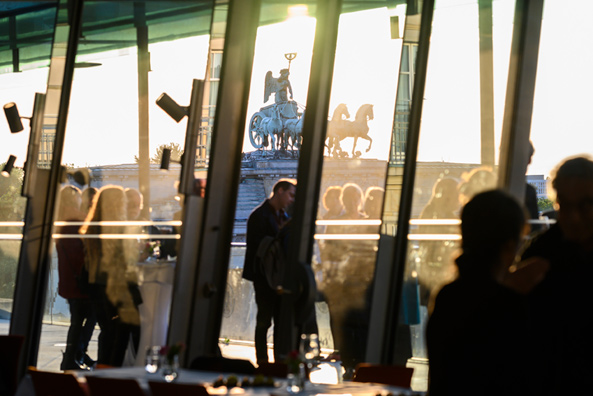 The Akademie der Künste is an international community of a maximum of 500 artists, who have contributed to the art of their time and whose work is honoured in a special way by being accepted into the Akademie der Künste. The Akademie is divided into six Sections – Visual Arts, Architecture, Music, Literature, Performing Arts, Film and Media Art. Its members gather together for the two general assemblies that are usually held each year. Under the law, the most important organ in the Academy is the General Assembly, which is also the body charged with electing new members. The candidates are nominated by secret ballot in the Sections beforehand. The General Assembly is also responsible for electing the Directors of the Sections and their Deputies, who together form the Akademie Senate, as well as electing the President and Vice- President. The Senate and President are legally designated organs.

The Akademie’s practical work is controlled by the Management Executive under the leadership of the President. The Management Executive comprises the Archive Director, the Administrative Director and the Programme Officer. The Akademie employs a staff of some 180 people in the areas of archive, administration, artistic programmes, presidential secretariat and communication.

Law on Setting up the Akademie der Künste

Statutes of the Akademie der Künste (in German)