With the election of Max Liebermann as president on 2 June 1920, a new era in the history of the institution began. He fundamentally modernised the Academy’s exhibitions and helped the institution gain new standing in the Weimar Republic. One of his main priorities, however, could only be achieved later.

When the Senate of the Preußische Akademie der Künste (Prussian Academy of Arts) voted unanimously on 2 June 1920 to elect Max Liebermann (1847–1935) as president, it was the beginning of a new era in the history of the institution. Lieberman, who by then was 73 years old, a successful painter and a prominent representative of Impressionism, had been a member of the Academy since 1898. However, as long-standing president of the Berlin Secession, he had taken an opposing position to the Academy at the turn of the century. Whereas the artist association and its innovative exhibitions played an influential role in the development of Modernism in Germany, the Academy was generally seen as rigid and backward-looking in the German Empire.

With the democratic changes that ensued after the end of the First World War, however, the conditions within the Preußische Akademie der Künste shifted as well. Reforms were introduced and in 1919 a number of artists who had previously been refused admission to the Academy – including Ernst Barlach, Lovis Corinth and Käthe Kollwitz – were elected as members. On 1 October 1920, Liebermann took office; he would remained president of the Academy for 12 years, until September 1932. He was not only considered to be an internationally recognised authority on art, he was also valued for his liberal civic integrity. His former opposition was no longer an issue. On the contrary, Liebermann made it his mission to ensure that the Academy gained new standing. In 1920, he wrote to Gerhart Hauptmann: “Whatever can be said against the Academy: At the moment it is more necessary than ever. Now that no more constraints are imposed on it from above, it must show that it deserves the freedom [...] Effort must be made to replace the lost prestige with inner virtue.”

Liebermann immediately turned his attention reforming the spring and autumn exhibitions, which since autumn 1920 were once again open to both Academy members and independent contributors. This system, which had been in effect for the academic exhibitions until 1892, ensured that the entire spectrum of artistic currents and young, up-and-coming artists was represented. In reality, however, abstract, Constructivist and Dadaist works were excluded. An exhibition commission under Liebermann’s leadership, which also included Käthe Kollwitz and Philipp Franck, made decisions about the exhibition programme in general and specific invitations to artists in particular. On the one hand, Liebermann’s opinions on quality and talent played a crucial role in the design of the exhibitions and the admission of works. On the other hand, he subordinated his personal tastes to his office, which explains why Expressionist and New Objectivity works were also exhibited. Art critics responded positively to the changes. The Academy was now seen as a vibrant exhibition place that showcased the essence of contemporary German art.

As president, Liebermann dealt with numerous other topics, such as the Berlin art school reform in 1924 and the founding of the Poetry Section in 1926. One important priority he was not able to implement, however, was the rejuvenation of the Visual Arts Section through the election of new artists. Although he worked hard to expand the artistic spectrum, conservative and politically reactionary members had been preventing the admission of modern artists for years. In order to end the stagnation with regard to the election of new members, Liebermann and his allies resorted to an emergency measure: The acting Minister of Culture, Adolf Grimme, dissolved the Academy Senate in August 1931, appointed as members thirteen renowned artists who had previously been selected by the Academy – among them Otto Dix, Karl Schmidt-Rottluff, Ernst Ludwig Kirchner and Renée Sintenis – and passed new statutes. Although these appointments, meant to promote a long overdue modernisation of the Academy, changed the balance of power, they were implemented through an undemocratic act in a power vacuum at the institution, which led to numerous protests by conservative members.

At the end of the 1931/32 fiscal year, Liebermann, who was by then weary from in-fighting, chose not to run for office again. On 16 June 1932, he was named honorary president. Only a few months later, however, the National Socialists came to power. On 7 May 1933, Liebermann resigned as honorary president and left the Academy. 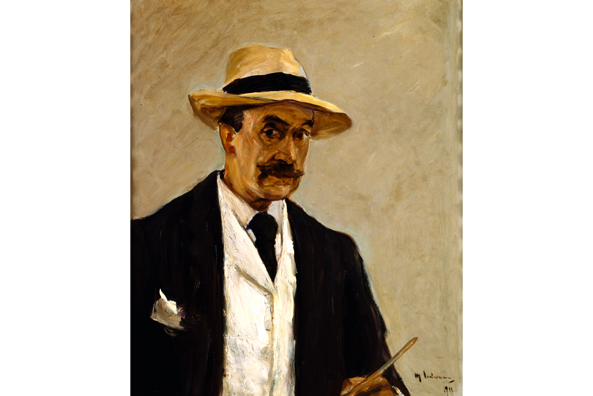 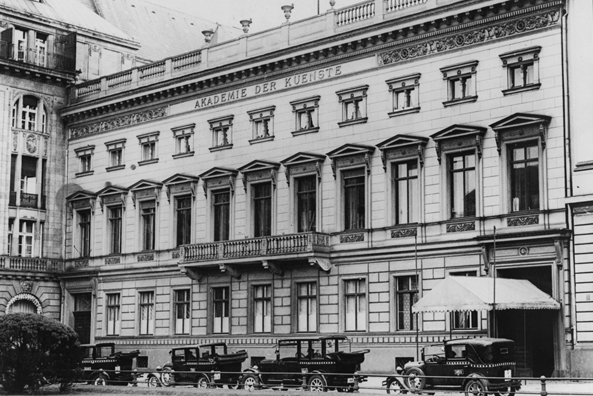 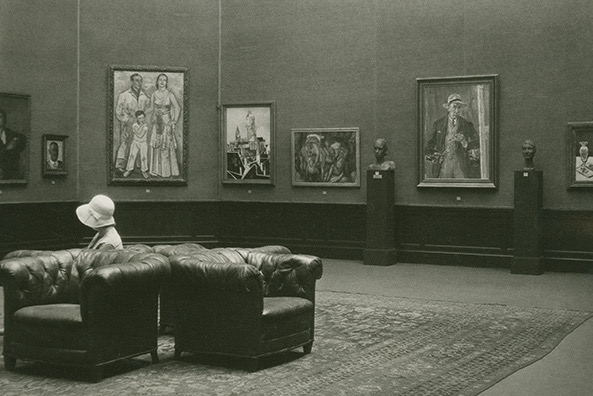 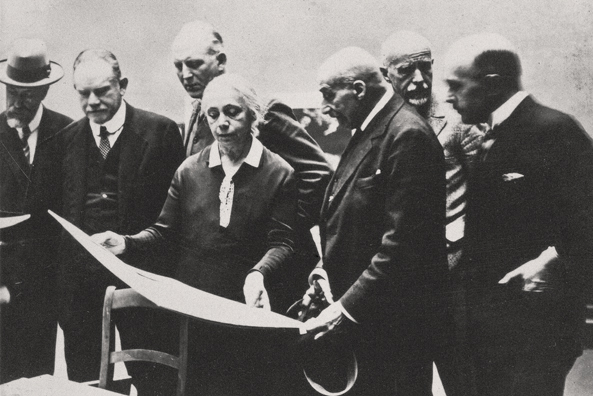 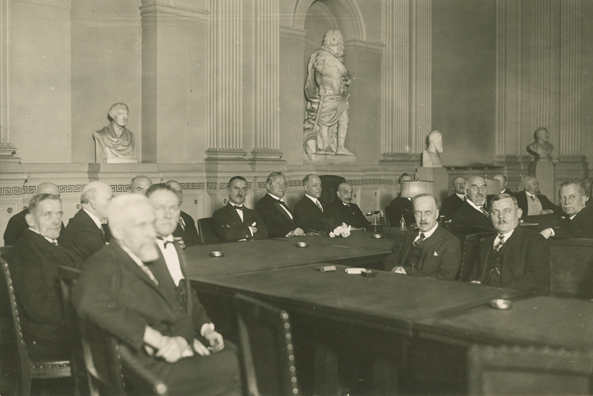 Plenary session on the occasion of the founding of the Poetry Section, in the centre Thomas Mann, next to him to the right Hermann Stehr, Max von Schillings and Max Liebermann, 1926. Photo: unknown

Plenary session on the occasion of the founding of the Poetry Section, in the centre Thomas Mann, next to him to the right Hermann Stehr, Max von Schillings and Max Liebermann, 1926. Photo: unknown 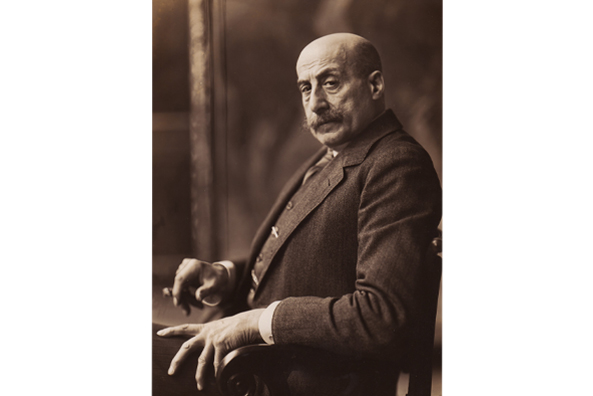 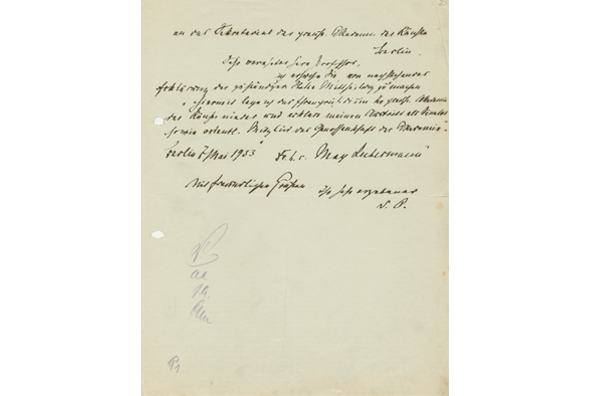 Letter by Max Liebermann regarding his resignation as honorary president and his departure from the Academy, 7 May 1933. Photo: AdK

Letter by Max Liebermann regarding his resignation as honorary president and his departure from the Academy, 7 May 1933. Photo: AdK