“The sixth department, Film and Media Arts, has begun its work!”

Founding of the Film and Media Arts Department in 1982

On 12 June 1982, it was finally time: In their Spring General Assembly, the members of the Akademie der Künste (West) decided to establish the Akademie’s sixth department, Film and Media Arts. The initial proposal had already been put forward in 1971 by poet and radio play author Jürgen Becker. It was meant to reflect the growing importance of film, radio and television. His plan, however, did not yet resonate with the members. The majority of them felt that the representatives of these disciplines could also be elected as members of the existing departments.

It was not until 1981, when the new Berlin Senator for Culture Wilhelm Kewenig developed an interest in a new department and signaled his willingness to create the legal and financial framework necessary for an expansion of the Akademie, that the proposal was put up for discussion again. A new working group was formed to discuss the founding of a sixth department.

Over the course of several meetings in late 1981/early 1982, some with the participation of external experts, including Erika Gregor, Peter W. Jansen and Günther Rohrbach, discussions took place regarding content and potential candidates. One particularly controversial question was whether the new department should be limited to film or should also include television and radio – or perhaps even video art. In the course of the meetings, the recommendation was made to establish the new department without including video art, and a list of potential founding members was drawn up.

At the General Assembly on 12 June 1982, a large majority of the plenum vote to follow this recommendation. Eberhard Fechner, Markus Imhoof, Peter Lilienthal, Jean-Pierre Ponnelle, Wolfgang Ramsbott, Volker Schlöndorff, Margarethe von Trotta and Andrzej Wajda were nominated as founding members. The decision was initially conditional, as the change had to be incorporated into the law governing the Akademie.

After the Berlin House of Representatives passed the amendment to the law on 11 October 1984, the founding members were officially appointed in the plenary session on 26 October 1984 and met the next day for a first department meeting. They appointed Peter Lilienthal as director and Eberhard Fechner as deputy director. They also elected a further 17 artists as members and laid out an ambitious work programme. With their projects, the new department demonstrated from the very start what an enrichment it was for the Akademie der Künste. From 1985, for example, members of the department took part in a series of media hearings dealing with the cultural-political mandate of television; the department also co-founded the Berliner Kinder Kino Initiative (Berlin Kids’ Cinema Initiative). In 1986, the Week of the Radio Play was launched, showcasing new productions aired on the radio.

Therefore, on 15 March 1985, Günter Grass was able to write the following to the members of the Akademie der Künste: “The sixth department, Film and Media Arts, has begun its work!” 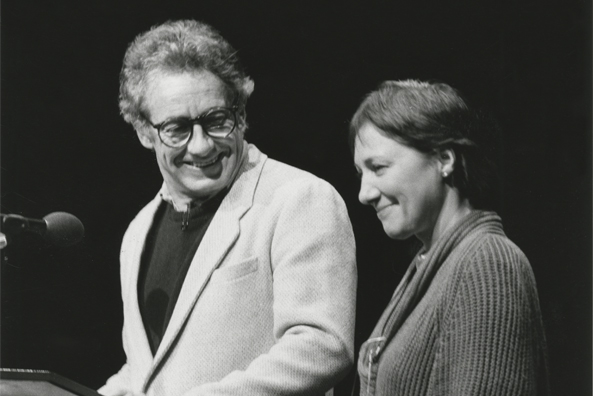 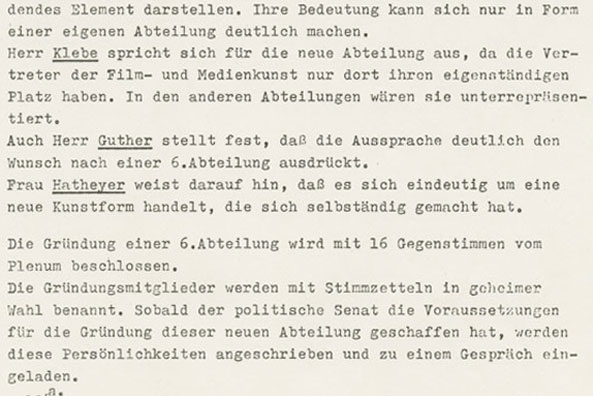 Founding of the Film and Media Arts Department. Decision of the plenary session of the 56th General Assembly, 12 June 1982. 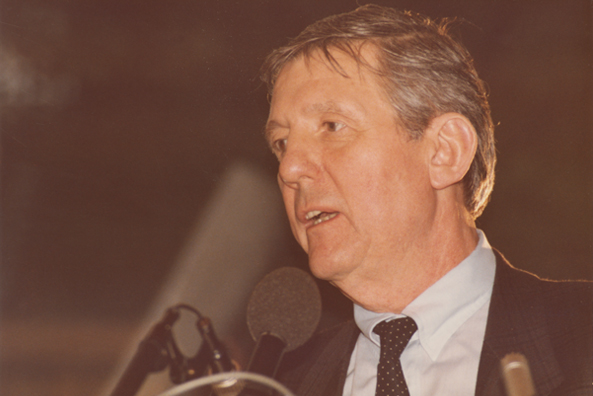 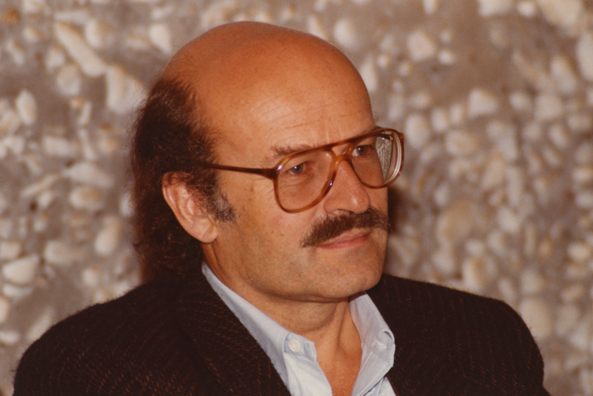 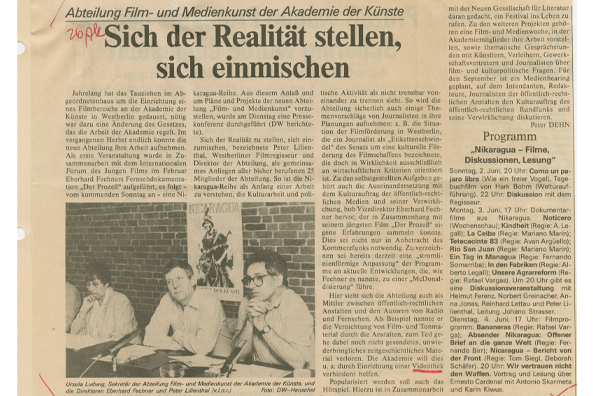 Report on the first press conference with Eberhard Fechner and Peter Lilienthal, in: Die Wahrheit, 30 May 1985. 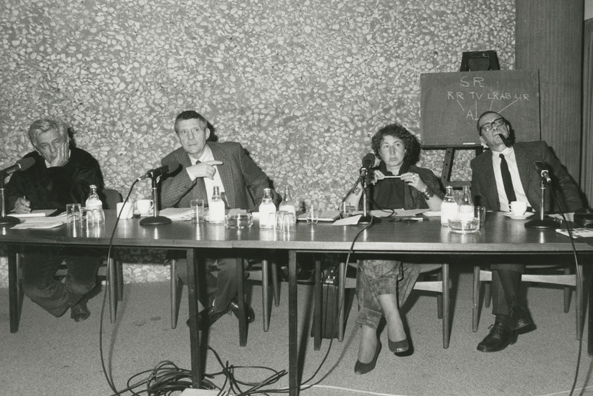