The reconstruction and newly choreographed production of the Triadic Ballet by Gerhard Bohner enjoyed extraordinary success. Following its premiere in Berlin as part of the supporting programme of the 15th European Art Exhibition “Tendenzen der Zwanziger Jahre” (Trends of the Twenties), the performance was shown at 32 other locations.

The Triadic Ballet, which first premiered in 1922, is a costume ballet shaped out of a combination of various artistic disciplines, a unique expression of dance from a painter and sculptor’s fantasies of colour and form. In this piece, Oskar Schlemmer fulfilled his dream of putting his painterly visions into motion. The name “Triadic” refers to the principle that the ballet is organised around, the “apotheosis of the trinity”.

The costumes are colourful or metallic sculptural shapes whose formal and material peculiarities determine the actions of the dancers.

Of the total of 18 costumes created, only nine survived the Second World War, seven of which are now on display at the Staatsgalerie Stuttgart. By using these “museum pieces”, existing designs by Schlemmer as well as photos and descriptions, it was possible, in cooperation with costume designer Ulrike Dietrich, to accurately recreate the costumes for the new version of the ballet in 1977.

The choreographer and dancer Gerhard Bohner (1936–1992), one of the most important artistic personas of contemporary dance in Germany, began his study of Oskar Schlemmer while residing in Darmstadt in the early 1970s. Back in Berlin, he was commissioned by the Akademie der Künste, an institution he had been closely associated with throughout his life, to reconstruct the Triadic Ballet in 1976. The work process began with the costumes and the surviving designs in Stuttgart. However, almost no records existed documenting the figures’ actual movements. Bohner’s version was largely based on Schlemmer’s “figurine plan” and incorporated the division into a “yellow”, “pink” and “black row”.

“For me, the reconstruction was a reconstruction of the process of developing the piece. My idea was to proceed as Schlemmer had, to go to the studio, to tie the pieces to my body, to try things out and find out in that way.”

But at the same time, he was fascinated by the notion “that something as strict as the Triadic Ballet represents a kind of alternative to free dance, that through this contraposition something could be discovered about free dance.” But it was also about a radical renewal and independent meaning of dance alongside the dominant opera ballet.

Although Bohner chose classical dancers as performers, he rejected “the purely mechanical conception of this ballet”. “The costumes are three-dimensional and there is no reason to choreograph them in profile or from the front”. The figures speak through “their directions and relationships”, and “I tried to return the dancer to the centre, as Schlemmer says, to put the person in the room”.

As music, Gerhard Bohner decided – as Schlemmer had intended – to commission his own composition. For this he chose Hans-Joachim Hespos, with whom he had already worked, and who himself was familiar with Schlemmer's work.

After its premiere in 1977, the production by the Akademie der Künste enjoyed a very unusual run of 85 performances at 32 venues around the world that went on until 1989; the performance series came to an end following a legal dispute with the Schlemmer family.

In 2014, Gerhard Bohner's version was restaged in a collaboration between the Bayerisches Staatsballett and the Akademie der Künste. Since then, this production has enjoyed considerable success at numerous locations. 100 years after its premiere in 1922 and 45 years after the premiere in 1977, we hope to have the opportunity to once again present this unusual work of art at the Akademie der Künste. 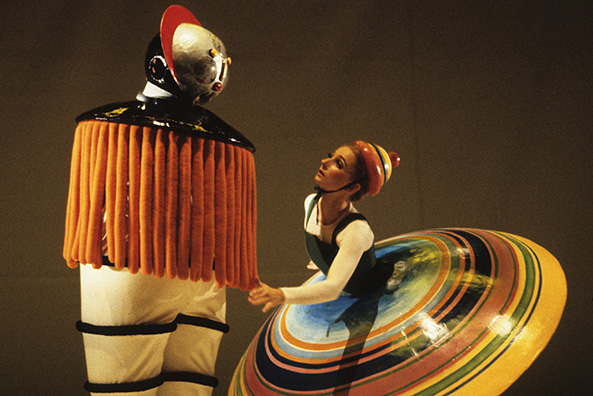 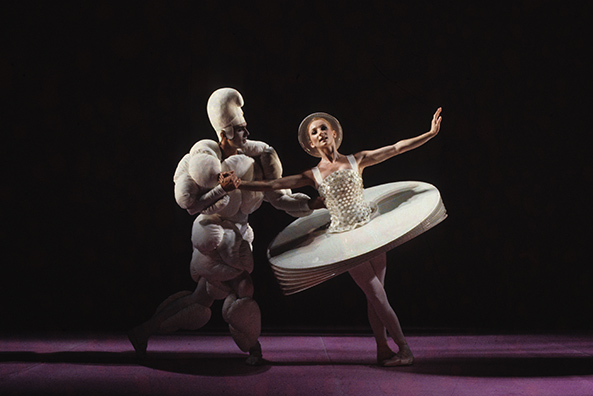 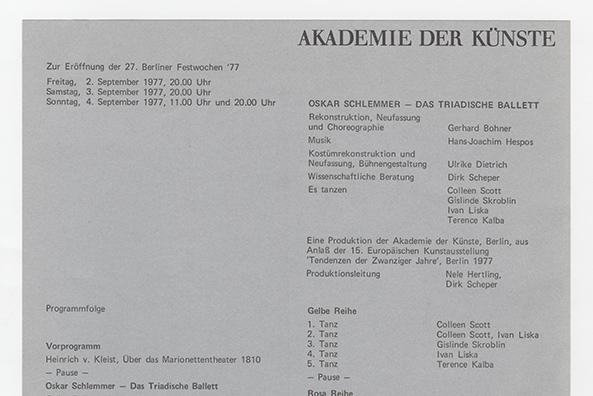 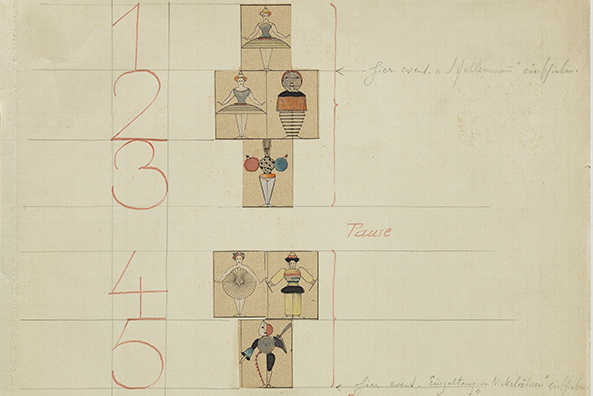 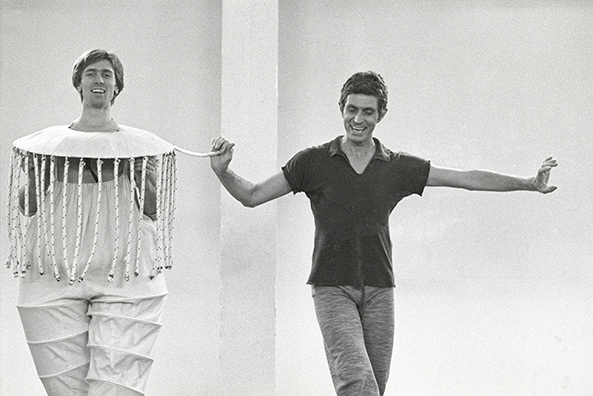 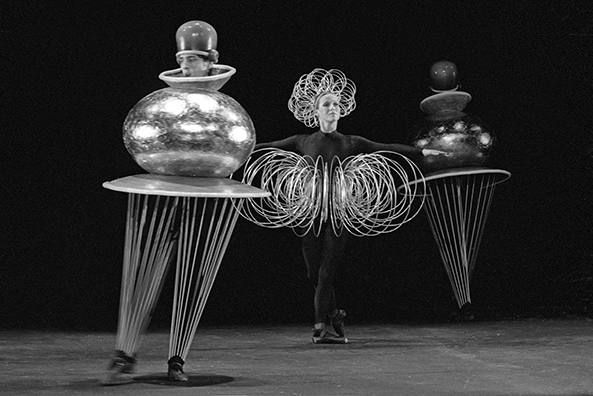