KUNSTWELTEN – The Education Programme of the Akademie der Künste

“We want to share the treasure with others” Klaus Staeck

On 29 September 2012, Akademie President Klaus Staeck, the programming department and the Archives of the Akademie der Künste, as well as representatives of the Minister of State for Culture and Media (BKM) convened to confirm the concept of the Akademie education programme and constitute KUNSTWELTEN. The programme is aligned with the institution’s statutory educational mission in terms of underlying ideas, inspiration and commitment, organising guided tours of exhibitions and teaching visitors about the Akademie’s thematic highlights. KUNSTWELTEN draws on the unique potential of the artists’ society, which is rooted in the diversity of and interplay between the work and experiences of members and fellows, as well as artists’ archives and collections, thereby developing a distinctive programme aimed primarily at children and young people in Berlin and the federal states of Saxony Anhalt and Mecklenburg-Western Pomerania. Many of the Akademie’s artists – among them Annesley Black, Michael Bräuer, Óscar Escudero, Thomas Heise, Kerstin Hensel, Miguel Hilari, Volker Koepp, Mark Lammert, Jeanine Meerapfel, Terézia Mora, Irina Raud, Kathrin Röggla, Thomas Rosenlöcher, Matthias Sauerbruch, Theresa Schütz, Ingo Schulze, Klaus Staeck, Uwe Timm, Andres Veiel, Wilfried Wang and Stefano Zangrando – meet with pupils in Berlin and the districts of Anhalt-Bitterfeld and Vorpommern-Greifswald, where they introduce their artworks and work together in art workshops. They invite children, teenagers and young adults from primary and secondary schools, remedial and vocational schools, higher secondary schools, educational institutions for secondary school equivalency degrees and homes for refugees to gain experience and joy through art.

By exploring their own creativity, many of the children make surprising discoveries in the world around them, and some may even feel the desire to change the world they live in. KUNSTWELTEN continues in the tradition of some of the Akademie der Künste’s valuable educational programmes: In the 1970s, the Akademie at Hanseatenweg was engaged in ground-breaking work in Berlin (West) with its international programmes for pupils, students and teachers; similarly, members of the Akademie der Künste (East) organised events for children and, in 1967, Grete Weiskopf established the Alex Wedding Prize for special achievements in children’s and young people’s literature, which is still awarded by the Akademie today. Renate Schubert has been initiating projects for children and young people since the 1990s.

KUNSTWELTEN takes artists into different areas of life, giving them a unique opportunity to reach young people and, ideally, through them, older generations who are not part of the usual Akademie audience. In the process, they are sometimes exposed to dramatic issues such as antisemitism and xenophobia. When Benjamin Scheuer taught a music workshop at a secondary school in Köthen in September 2018, he and his pupils found the city in a state of emergency. The tragic death of a young man had triggered nightly demonstrations by right-wing extremists. Benjamin Scheuer recalls composing sound poems as an exercise in tolerance. “I was fascinated to see how free of prejudice and how open to each other the children in Köthen were in dealing with the absurd fabrications of their classmates. I am certain that, in terms of creativity, openness and seriousness, they are quite a bit ahead of us adults in this beautiful country of ours.” (Journal der Künste 9)

There is real meaning and substance to be found in these programmes to foster equal opportunity and combat discrimination, and in the many invitations by artists to join young people in developing ideas and suggestions for an open society.

KUNSTWELTEN was nominated for the BKM prize for cultural education with the works “Ein Traum von Anklam” (2012) and “Kinder im Exil” (2016/17). 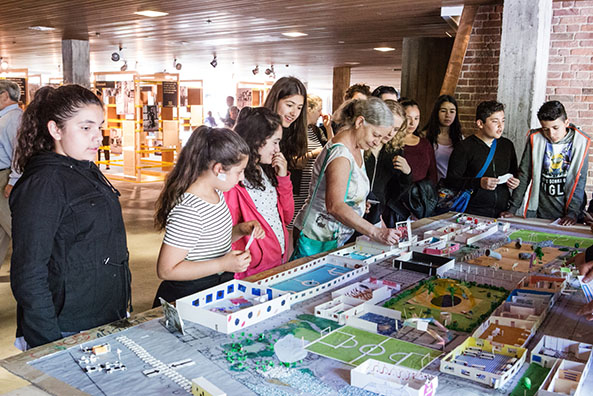 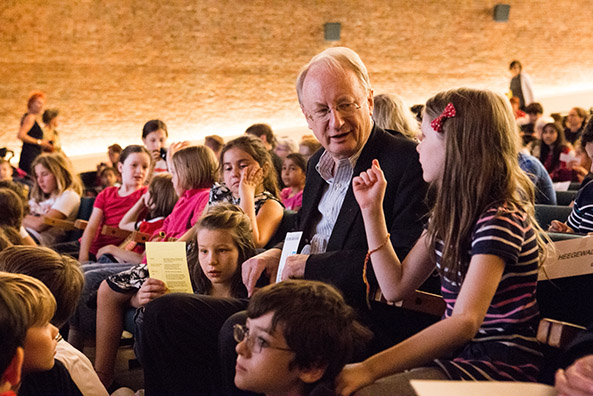 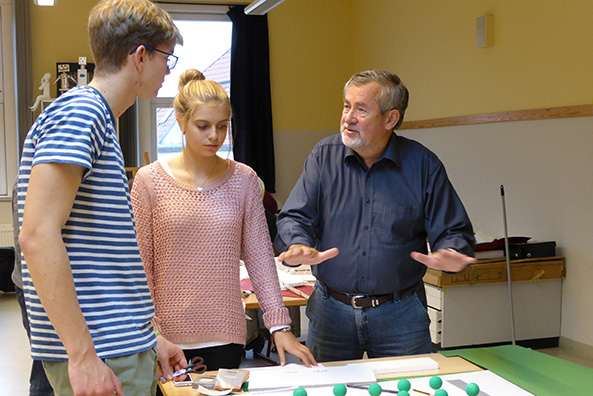 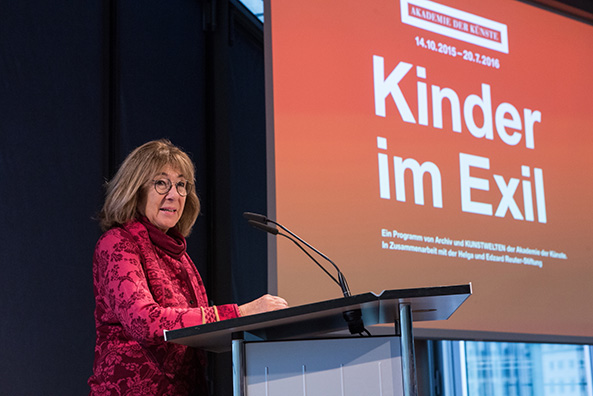 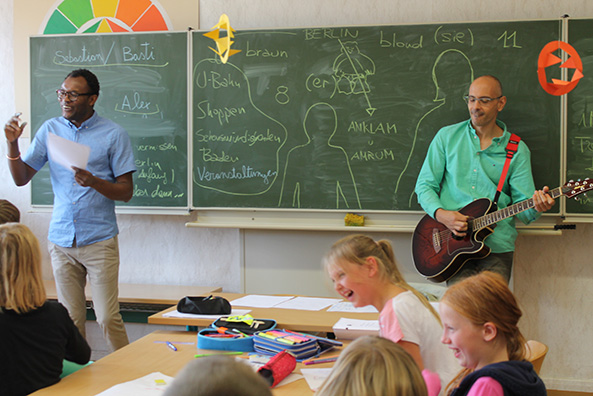 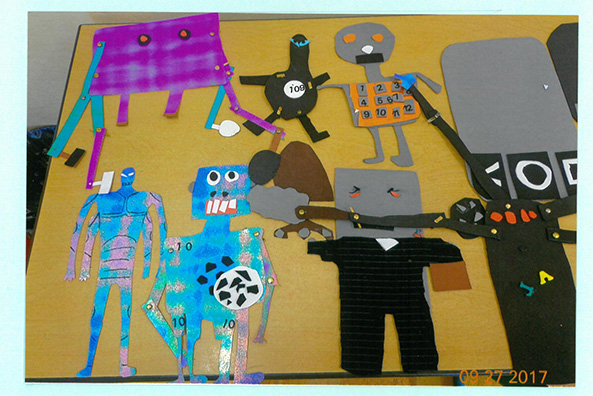 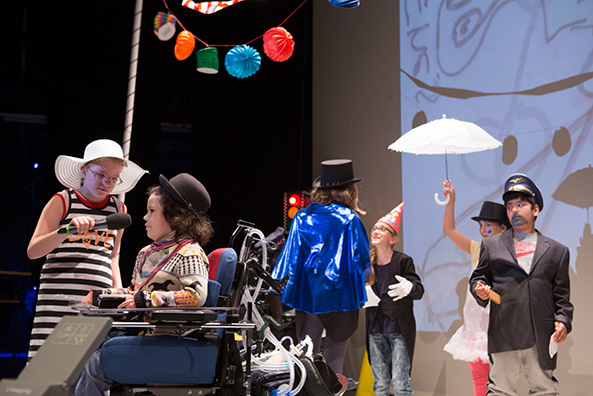