Metabolic Office for the Repair of Reality

The main programme “Vertigo of Reality” in autumn of 2014 turned the Akademie der Künste into a laboratory for aesthetic questions, a dynamic model, a place of exchange between artists, scientists and culture workers, a space for negotiating contemporary discourses.

In a total of 32 panel discussions held in the so-called preparations office, both in analogue form at the Akademie’s Hanseatenweg location and as a digital live stream with a global reach, “Vertigo of Reality” became the pilot project for the type of hybrid analogue and digital cultural event that would become a necessity six years later during the Covid-19 pandemic.

As a collaborative venture between the Sections and the artists working across the entire spectrum of media, the question was posed as to whether and how the arts can anticipate, change and shape reality, public and social order and the political sphere. In a large-scale discursive and practical workshop, artists explored their vanguard role in the construction and deconstruction of reality, a role that unfolded its full political and social significance only at a secondary level. To be clear, this was not about ostensibly setting political issues, but rather the radical investigation of one’s own possibilities and one’s own toolbox, about the importance of the grammar of artistic language development and language deconstruction, an aesthetic deep probe into the subject of virtuality.

The conceptual link connecting the exhibition of the same name with closed-circuit installations, computer games, participatory performances, machine-generated image production, an actor installation entitled “Spielweisen” (Play Modes) and other events was the “Metabolic Office for the Repair of Reality” – with each word of the title identifying a particular topic: We understood “metabolism” to mean a “therapy” of reality, an opportunity to create permeability and develop societal potentials – and as a reaction to the repercussions of the 2008 financial crisis, which revealed the threat the real economy faced from the virtual financial market. For us, metabolism meant not simply following solutions that had been found at some point, but instead a constant shifting of the experimental arrangement – much in the sense of Willy Brandt, who according to Egon Bahr would say, whenever a conflict produced an entrenched situation without a solution, “We have to rearrange the scene.”

The term “office” as a creative place led us to think about the western concept of work and the associated practices of socialisation. We understood office as a reference to social sculpture, to Joseph Beuys and his direct democracy initiative at “documenta 5” that bore the title “Befragung der Realität – Bildwelten heute”.

We associated the term “repair” not only with the idea of fixing something that no longer worked, but also with reflecting on what it had to do with care and concern, with the possibility of healing, with the preservation of what exists within the context of transformation – much in the sense of rearranging mentioned above. We can only repair within reality, not repair reality itself. “Are you real?” was one of the advertising slogans for a project that opened during Berlin Art Week on 17 September 2014, which attracted some 7,000 visitors. 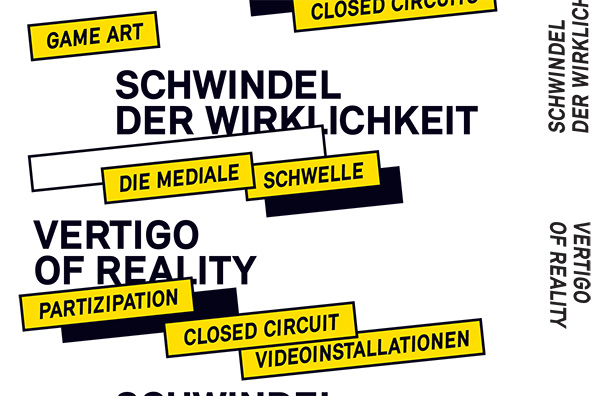 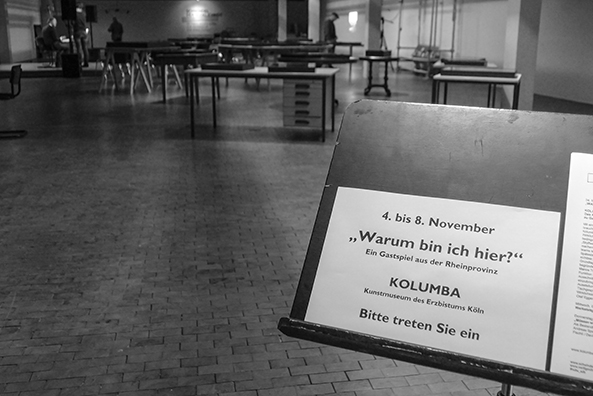 Why am I here? – A guest performance from the Rhine Province. Kolumba, Cologne, invited by the Metabolic Office. An exhibition under appropriation of what exists: On AdK work tables: Felix Droese, Der Grafenberg, 1972. 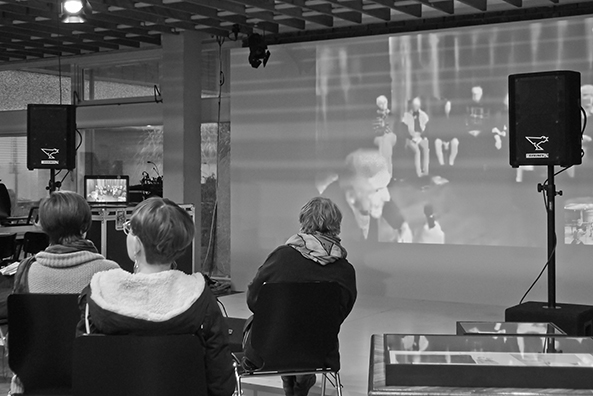 Why am I here? – A guest performance from the Rhine Province. Kolumba, Cologne, invited by the Metabolic Office. Live feed via Skype to the Kolumba reading room, Philosophical talk with Andreas Speer on questions posed by Peter Fischli/David Weiß, 6 November 2014. 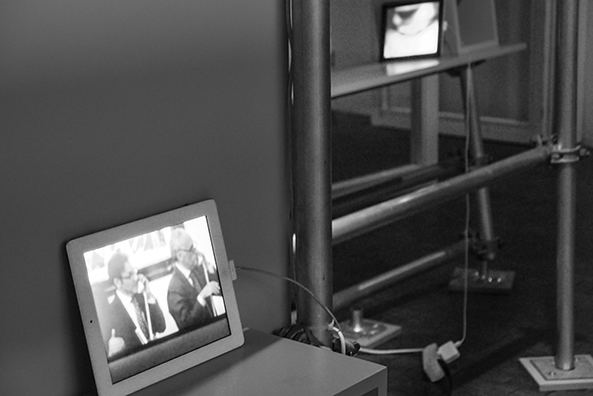 Why am I here? – A guest performance from the Rhine Province. Kolumba, Cologne, invited by the Metabolic Office. Incorporating remnants of the existing AdK exhibition architecture: Olaf Eggers, Untitled, 2013/14. 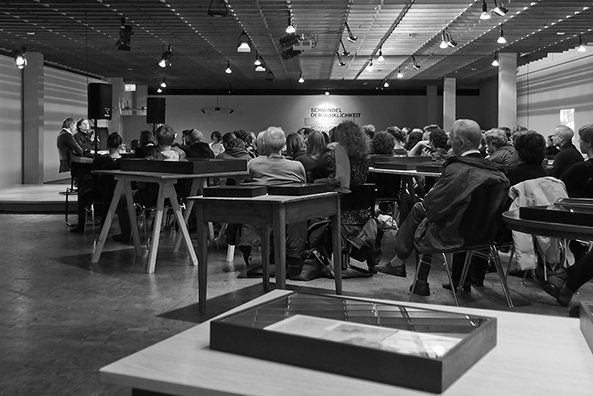 Why am I here? – A guest performance from the Rhine Province. Kolumba, Cologne, invited by the Metabolic Office. Metabolic Office Battle, Erich Hörl and Dieter Mersch, “How to understand the technological present? Cybernetics, ecology and the rule of the mathematical”, 6 November 2014. 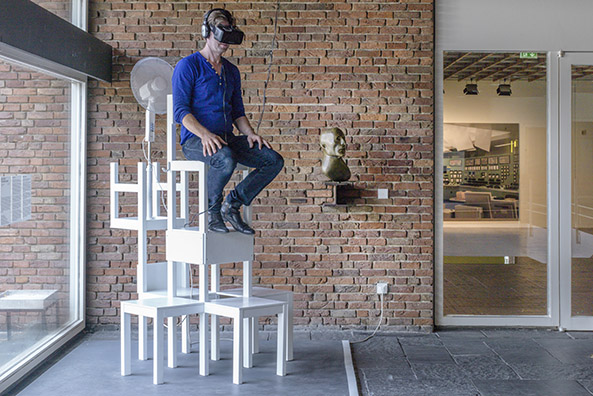