For over seventy years now, Sinn und Form has been the literary magazine of the Akademie der Künste. But that was not always the case.

“You’re right,” writes Peter Huchel on 18 October 1962 from Wilhelmshorst near Potsdam in a letter to Fritz J. Raddatz in Reinbek near Hamburg. “I jumped off my old Jeep. But I didn’t like the paint job the car was going to get. And even less the passenger who had been assigned to me; I know him all too well. Whenever he happens to take a wrong turn for the company, tears immediately well up in his eyes. And as for me, he’s tried often enough to throw nails onto the road before me. And besides, amidst all this cronyism, it’s impossible to take sharp turns. Fourteen years is a long time. Only now do I realise how attached I am to this beat-up vehicle.”

Raddatz, at the time chief copy editor of the Rowohlt Verlag publishing house, does not have much trouble deciphering this rally fable that was communicated from East to West. He realises that it is about Huchel getting fired as Editor-in-Chief of Sinn and Form. The old Jeep stands for the magazine, the passenger is Bodo Uhse, who has been appointed as overseer, and the company stands for Huchel’s employer, the Deutsche Akademie der Künste in East Berlin. The beat-up state of the vehicle is the result of the many crashes the company has caused. The company, however, is also the reason the car it is still even driving at all.

In 1949, when the first issue is published by Rütten & Loening, the magazine does not belong to any institution. The two founders, Johannes R. Becher and Paul Wiegler, have the goal of creating a “representative literary survey, not just for the Eastern zone, but for all of Germany, which will further the spirit of language and poetry and also communicate the spirit of humanity and socialism.” For the job of Editor-in-Chief, they choose the former Artistic Director of Berlin’s Haus des Rundfunks, Peter Huchel, who is not affiliated with any party and has just published his first volume of poetry with Aufbau Verlag. The magazine quickly gains a considerable reputation, both at home and abroad. However, Huchel soon realises that, because of limited financial resources (his salary has to also cover rent, electricity and repairs), lack of foreign currency and the isolated location (the editorial offices are located in the Western sector), the high standard of the first year cannot be ensured for the future.

In 1950, the Akademie der Künste decides to take over the magazine - which by then has established itself as an outstanding periodical despite its continuing financial debt - and to incorporate it into the “Section for Poetry”. The first issue with the imprint “Published by the Deutsche Akademie der Künste” is published as number 5/1950. In his preliminary remarks on “Taking over the magazine”, President Arnold Zweig makes clear what he expects from the new organ of the Akademie: “Morality and justice” are also among the “prerequisites of beauty”; the task of literature cannot consist of “violently or ornately elevating the achievements of verse and prose as long as a more just order does not exist in the foundation of society.” Quoting Rudolf Borchardt, who remains uncited, he says that “our appetite is awfully satiated, yet the world is full of hunger”. In this regard, the Akademie sees Sinn und Form as its “mouthpiece and its intellectual viewfinder”.

The short text already contains many of the smaller and larger potholes that would repeatedly threaten to run Huchel’s Jeep off the road in the years to come. Thanks to prominent supporters like Bertolt Brecht and Hanns Eisler, he just about manages to avoid some of them, while others he deliberately drives straight into. In 1950, the newly established Akademie is subject to the special scrutiny of the SED ruling party, which intends to use all its authority to implement its cultural policy agenda. For this purpose, guidelines are issued, commissions are established and the alignment of the cultural programme with the official line is subject to close supervision. The Akademie’s original claim to represent both Germanys, a position that the magazine also supports, is abandoned in favour of the two-state solution and a clear Eastern Block affiliation. Art is expected to serve the re-building of the country and to distance itself from anything considered to be Western or decadent. Ernst Barlach, whose drama fragment, “Der Graf von Ratzeburg”, Huchel included in the first Akademie issue, is defamed by Wilhelm Girnus in the newspaper Neues Deutschland as being backward-looking, formalistic and bourgeois; other authors and articles perceived to be too liberal or elitist experience ideological pushback as well. In the section meetings, Huchel has to repeatedly defend himself against the accusation of being “politically and artistically” incapable of “continuing the responsible editorial leadership of the magazine Sinn und Form.” For a while, only Brecht prevents him from being fired.

As early as March 1952, Huchel complains to Hans Henny Jahnn that “ever since the magazine was taken over by the Deutsche Akademie der Künste, he no longer enjoys full latitude of action”, and that he has had to “put up with a lot” already. At this time, he does not yet realise that the real crises are still ahead of him. He does, however, understand that Sinn und Form can only continue to exist under the Akademie’s umbrella. By the time he is forced to hand over the rudder, the magazine has long become the site of intensive debates, an organ of the members who are now also able to publish texts that run counter to the official line. A mouthpiece that is quite different to what Arnold Zweig had imagined. And a Jeep with its very own driving style. And this doesn’t change under Huchel’s one-time adversary, Girnus, who takes over the magazine in 1964 on company orders. 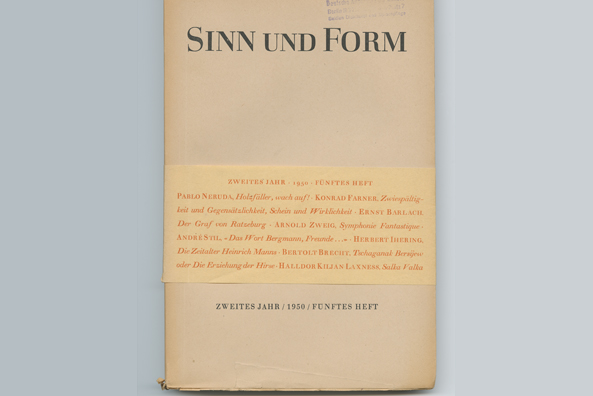 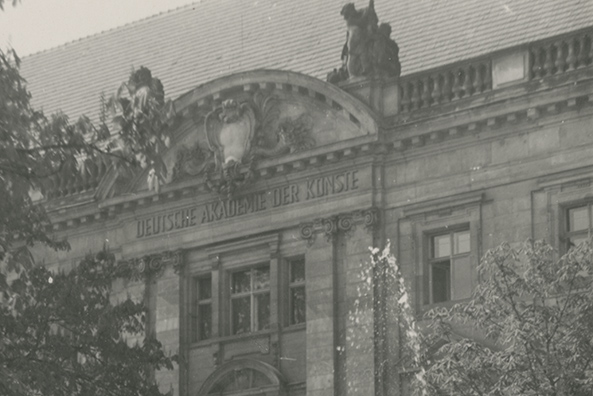 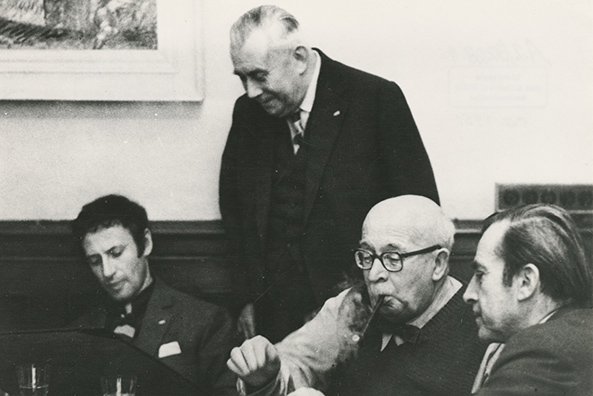 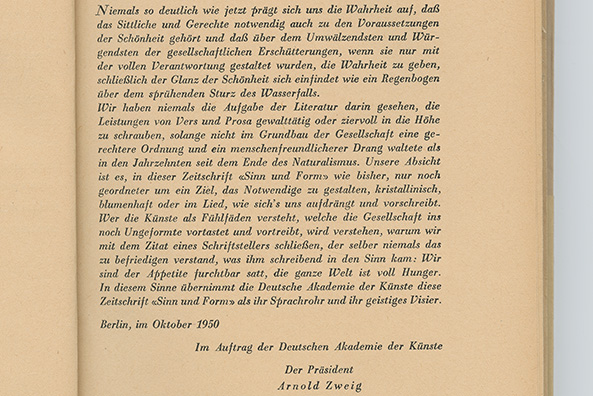 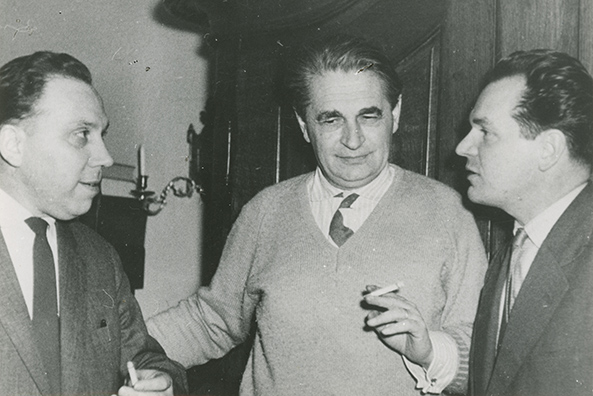 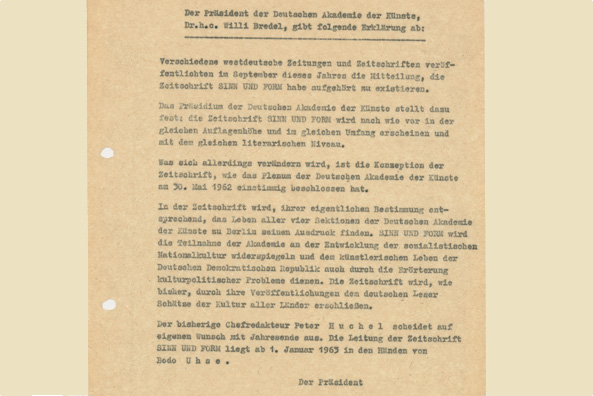