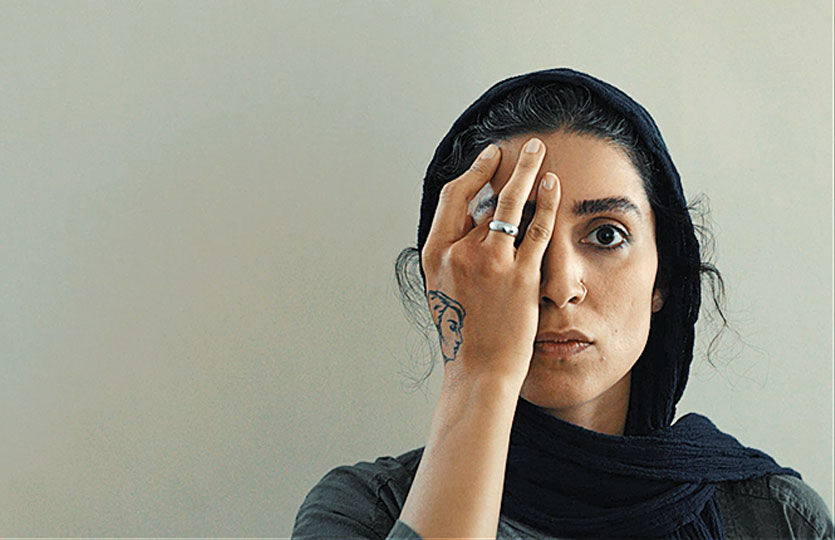 The enduring strength of Iranian women has widely fascinated, attracted and disturbed Western societies since the dawn of time. Ancient Greek portrayals of influential Persian empresses and leaders ‒ such as Cassandane, Atossa, Amestris, Artunis and Artemisia ‒ convey not only their male biographers’ respect and awe but also their fear and resentment. They bring to light male insecurity stemming from the great influence that these women had on their environments. Even though their history and stories play an inextricable role in the identity of Iranian woman to the present day, Western media’s perspective represents a stark contrast, often portraying them as voiceless victims.

Prior to the 1979 Iranian Revolution – when the monarchy, seeking to modernise the country in line with Western standards, was overthrown by an Islamic theocracy – progress was being made regarding certain women’s rights and freedoms, such as increased familial rights and freedom of expression through fashion. However, the deeply rooted religious and cultural conservatism prevalent in Iranian culture presented major challenges during this liberal period. Although Iranian women appeared to enjoy many of the same freedoms as their male counterparts, they were still forbidden from doing so by their families and communities. Opponents of this liberalisation ultimately prevailed, and as a result of the Revolution, these restrictions were enacted into law.

Changes ushered in since the Revolution have dramatically impacted the daily lives of Iranian women, requiring them to wear a hijab in public, to obtain permission from their husband or male guardian to travel, and stripping them of their rights to custody and property following a divorce – among other things. The spark of liberal progress in Iran’s history has all but been forgotten. Icons from this brief but profound period – such as legendary poet and filmmaker Forough Farokhzad – however, serve as lasting sources of inspiration for the generations of women who have grown up outside of this short-lived period of liberty.

The film programme Covered Memories offers a glimpse into the life of modern Iranian women and the society surrounding them. The films selected for this screening are dedicated to the people who, despite punitive social and political forces, show that Iranian women continue to persevere in the face of adversity. “Covered” reflects both the physical coverings imposed on women and also the self-censorship inherent in Iranian culture that affects the daily life of Iranian women, inhibiting their ability to express themselves freely. Currently, Iranian women have to constantly exercise caution to survive within the constraints society forces upon them. “Memories” on the other hand, reflects the profound history of women as protagonists in Iranian culture, not merely as objects of male oppression, but as artists, philosophers, scientists, leaders and active forces in world history.

If you come to my house, friend,
bring me a lamp and a window I can look through
at the crowd in the happy alley.

Ayat Najafi’s feature-length documentary No Land’s Song (2014) shows the struggles his sister faced as a composer trying to organise a public concert in Tehran with only female singers, which is prohibited under Iranian law.

Information and tickets about the short film programme from 6:30 – 9 pm.

The film programme was co-curated by Afsun Moshiry and Farhad Delaram (fellow of the Young Academy).