The origins of the Archives of the Akademie der Künste

“Oh, you and your Heinrich Mann, your damned Heinrich Mann.” The reaction of KPD party members to Alfred Kantorowicz’s affinity to Heinrich Mann in 1935 is drastic and culminates in an official reprimand. After the war, his appointment as director of the Heinrich Mann Archive is initially seen as a good choice. The SED functionaries, however, will soon revise this position.

Within the context of the Volksfront policy (People’s Front policy), the official party line changes around 1938, and Heinrich Mann becomes a courted representative who is later offered the presidency of the Deutsche Akademie der Künste. He had already been chairman of the Section for Poetry of the Prussian Academy of Arts from 1931 to 1933. For some time after the end of the war, he resists the call of leading party functionaries close to Walter Ulbricht, whom he despises; in spring 1950, however, trusting in the advice of former companions, he decides to return from exile. Just one week before his planned departure, he confides in Ludwig Marcuse: “I can completely rely on Kantorowicz.” He also asks Arnold Zweig, chairman of the preparatory committee for the founding of the Academy, to arrange for him to be picked up without any fuss at the port of Gdynia, if possible by Kantorowicz alone.

However, Heinrich Mann dies on 11 March 1950 while in exile in the United States. Just four days after his death, the government of the still young GDR decides to honour the writer by founding an archive at the Academy of Arts and publishing an edition of his works. Academy Director Rudolf Engel secures the engagement of journalist and literature scholar Alfred Kantorowicz (1899–1979) as director. The two know each other from the Spanish Civil War, where they fought together in the International Brigades. And so, on 1 July 1950, Kantorowicz begins his work, which he will later refer to as “my home, my inner focal point, my energy field.”

The first difficulty is in consolidating the author’s papers, which have been widely scattered through his exile. It takes eight years for the last of three larger segments of the author’s estate to make their way into the archives. Today, we distinguish between the “Munich papers”, the “French papers” and the “American papers”. Donations and acquisitions from friends and acquaintances of Heinrich Mann complete the collection.

Kantorowicz, who in the meantime is also working as head of the Thomas Mann Archive at the Akademie der Wissenschaften and as professor for contemporary German literature at the Humboldt University, initially sees his task as the publication of the works of Heinrich Mann. He and Mann’s daughter Leonie Mann-Askenazy are in agreement on this. Thanks to her generous donation, much of the manuscripts, documents and letters, as well as the bequest library, are now in the possession of the Akademie der Künste.

The publication of selected works begins in 1951 and continues at a rapid pace. Other tasks, such as the systematic organisation of archival materials, takes a back seat. After the government initially considers centralising the collection of writers’ estates in Weimar, the Academy’s management executive decides to found its own archives department, and in March 1955 Kantorowicz is appointed as its director.

As Kantorowicz is now, in addition to his many other tasks, also director of the Institute for German Studies at the Humboldt University, not enough time remains for the task of archiving the estate. The documents are spread out between the offices at Pariser Platz, Robert-Koch-Platz and his private flat in Pankow. In October 1955, Kantorowicz gives up his directorship of the archives department for health reasons but remains in charge of the Heinrich Mann Archive. The archive continues to grow - a development that was by no means foreseeable upon its founding. The spectrum of the collection gradually expands to include all artistic genres, thereby creating the foundations for it to successfully develop into a leading interdisciplinary archive of modern art and culture in the German-speaking world.

Alfred Kantorowicz once referred to Heinrich Mann as his “admired fatherly friend and intellectual advisor”. He will never be closer to Mann’s work than he is in the 1950s. On 22 August 1957, he flees to the West. Due to his status in the East as a “West Emigrant” and having been under pressure for years because of some of his published works, he capitulates. “The truth is that I was at my wits’ end and couldn’t take it any longer”, he later explains to the media, justifying his decision to leave the GDR, which causes a sensation throughout Germany. In East Germany, he becomes an apostate to be ignored, whose contribution to developing the Heinrich Mann Archive can only be acknowledged again after 1990. 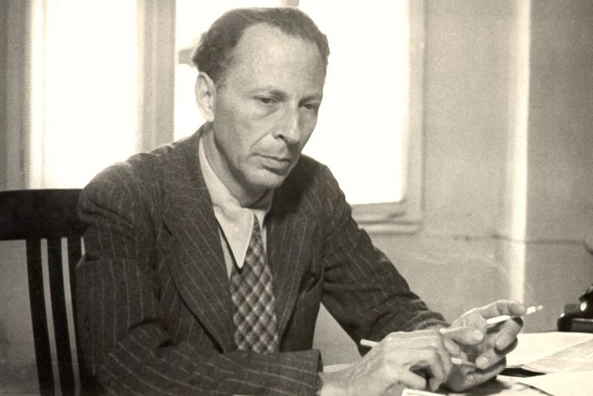 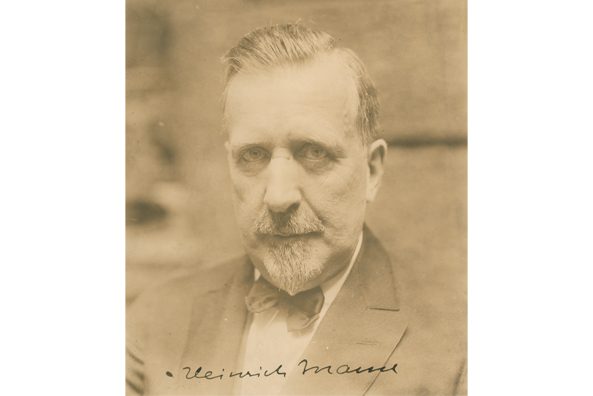 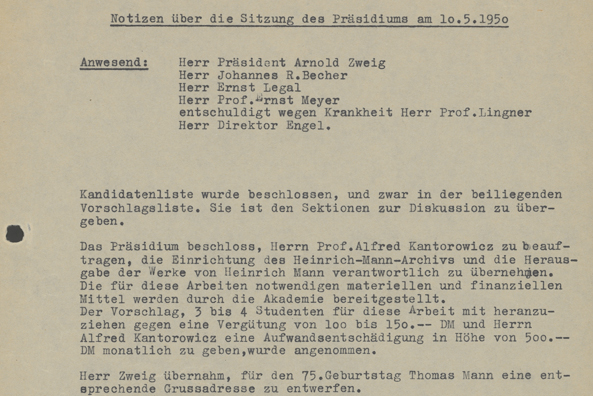 Decision by the management executive of the Akademie der Künste regarding the founding of the Heinrich Mann Archive and publication of works by Heinrich Mann, 10 May 1950. 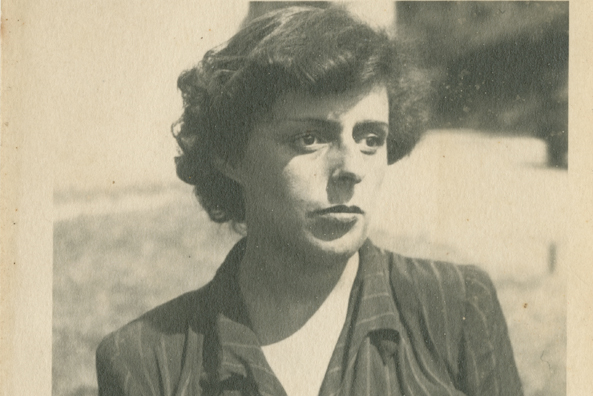 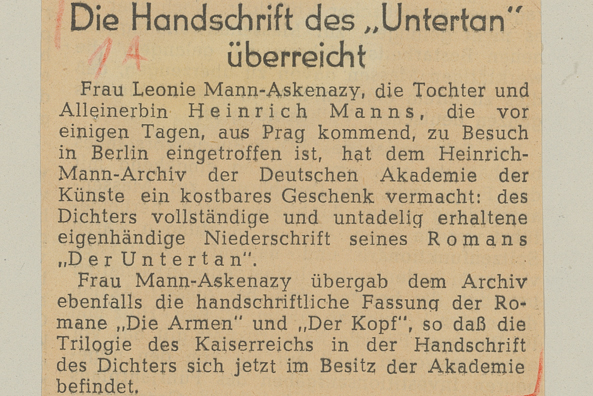 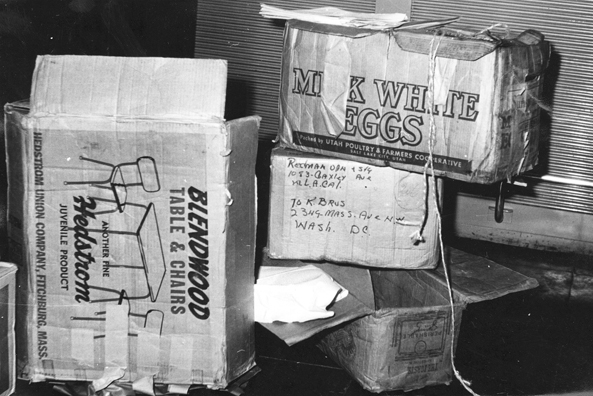 Arrival of Heinrich Mann’s estate from the United States in Prague, 1956/1957. Photo: unknown

Arrival of Heinrich Mann’s estate from the United States in Prague, 1956/1957. Photo: unknown 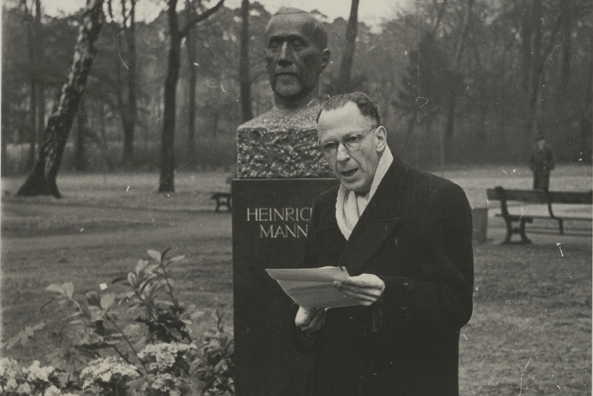 Alfred Kantorowicz at the unveiling of the bust of Heinrich Mann, Berlin, Niederschönhausen, 27 March 1954. Photo: unknown

Alfred Kantorowicz at the unveiling of the bust of Heinrich Mann, Berlin, Niederschönhausen, 27 March 1954. Photo: unknown 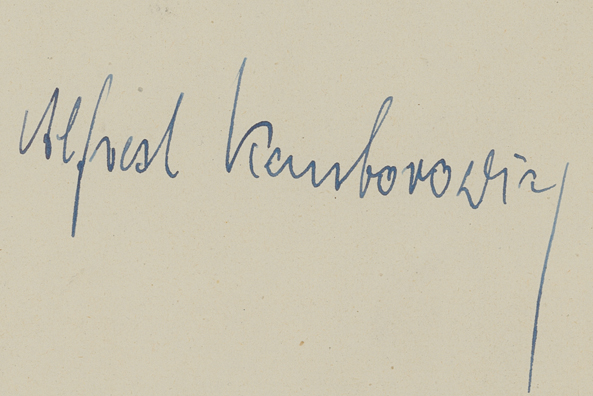