Founded not only for the practice, but also for the appreciation of art

The founding of the Berliner Kunstakademie in 1696

The Akademie der Mahl-, Bild- und Baukunst (Academy of the Art of Painting, Pictorial Art and Architecture) was opened on 11 July 1696 by Elector Frederick III, later King Frederick I. After the Academies in Paris and Rome, the Berlin institution was the third of its kind ever in Europe and the first state Academy of Arts in the German-speaking world.

In the course of shaping Berlin as his royal residence, Frederick III entrusted his minister of state, Eberhard von Danckelmann, with founding the Academy, which was modelled after the French Academy. The aim was to create a school of fine arts that was “founded not only for the practice, but also for the appreciation of art”. “In such a school, students were not to learn a trade, but were instead to study the secrets of the arts.”

The Academy was devoted to the pursuit of three tasks: As a society of members, it brought together under one roof the best artists, who engaged in regular academic discussions on the arts of painting and sculpture and furthered in collegial fashion their own artistic development. As an educational institution, its task was to give instruction to young artistic talents; members taught the introductory class as well as advanced subjects such as object drawing, architecture, perspective, geometry and anatomy. As a committee of artists, it advised the King on matters of art, for example with regard to the design of Berlin’s royal palace.

In 1696, the Academy was made up of five members, among them the first director, Bernese painter Joseph Werner (1637–1710), Dutch baroque painter Augustin Terwesten (1649–1711) and sculptor and architect Andreas Schlüter (around 1660–1714), Berlin’s most prominent artist of the time. The founding of the Academy on 11 July, the Elector’s 39th birthday, had been preceded by a two-year trial run. A draft of the founding Statute had already been drawn up in 1696. A copy dating from the mid-18th century can still be found in the Historical Archives of the Akademie der Künste, making it one of the oldest documents on the history of the Academy.

The new Marstall building in Berlin’s Dorotheenstadt neighbourhood was designated as the seat of the Academy. In order to create space, a second floor was added to the south wing of the building looking out onto Unter den Linden, based on plans by architect and master builder Johann Arnold Nering. Six halls were designated as classrooms, assembly halls and exhibition space for the Academy. Because the financial foundation had been secured through a fund, it was possible to establish the Academy taking a long-term perspective and the institution became a fixture in Berlin’s flourishing artistic and intellectual life from about 1700.

Today’s Akademie looks back on an eventful 325-year history. Then as now, the focus was and continues to be on the joint task of promoting the arts. 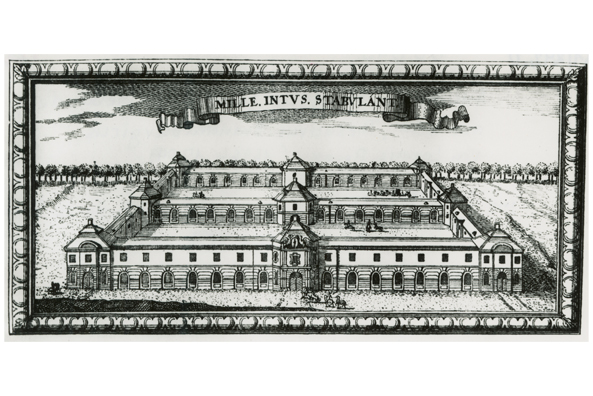 Seat of the Academy at the Neuer Marstall in the Dorotheenstadt neighbourhood, around 1700, unknown artist. 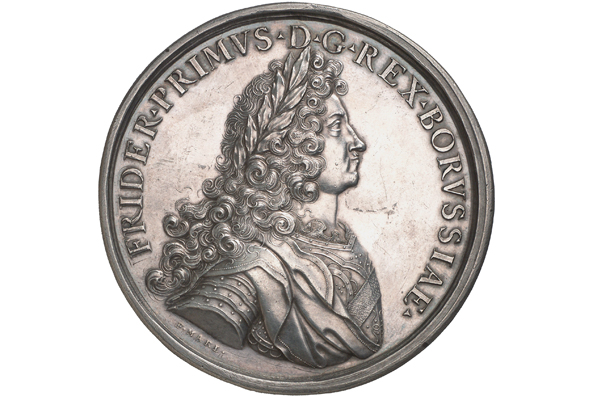 Portrait of Frederick I King of Prussia. Medal from Friedrich Eberhard Marl commemorating the founding of the Academy of Arts, 1706/1707. Münzkabinett der Staatlichen Museen zu Berlin, 18205704. 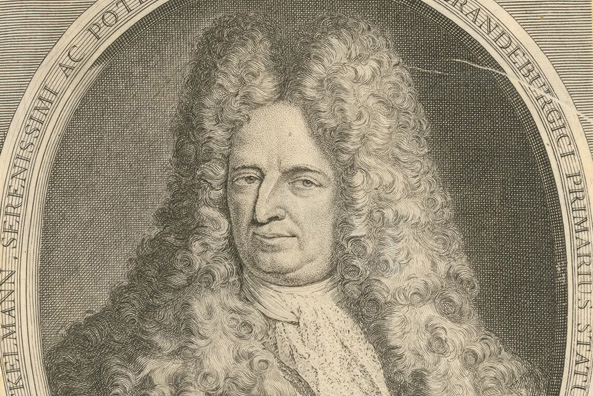 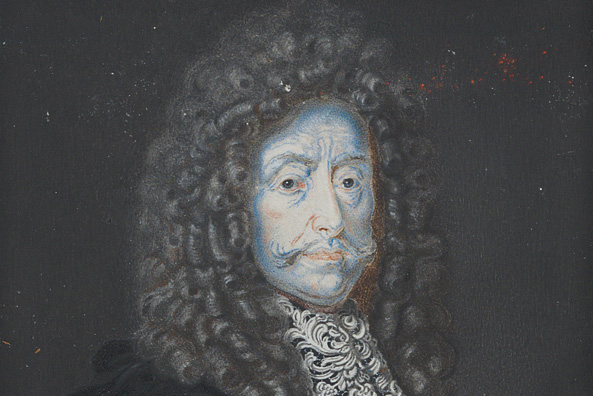 Self-portrait by Joseph Werner, copy by Anna Waser, around 1693 (detail). 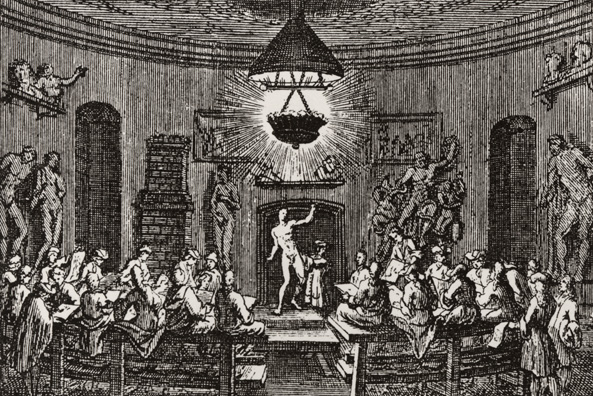 Figure drawing hall of the Kunstakademie, copper etching by Christoph Weigel based on Augustin Terwesten, 1697. 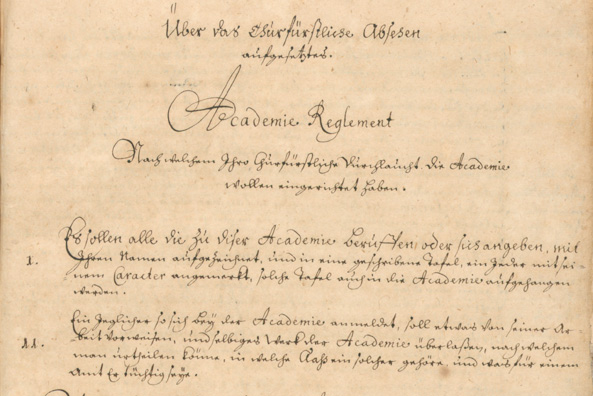 Draft for the first Statute of the Academy by Joseph Werner, 1695/96, copy from the mid-18th century.