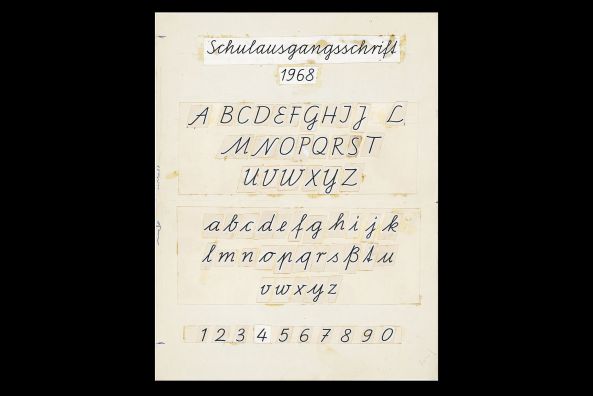 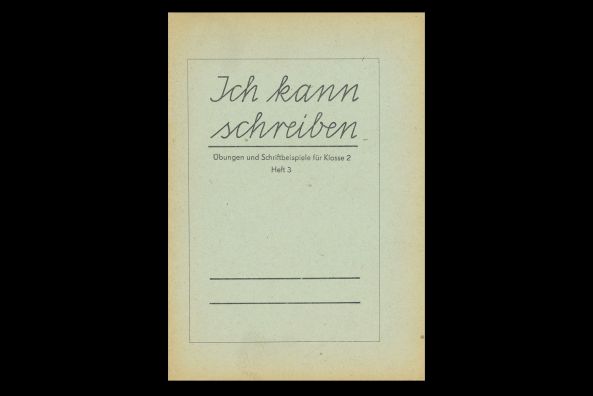 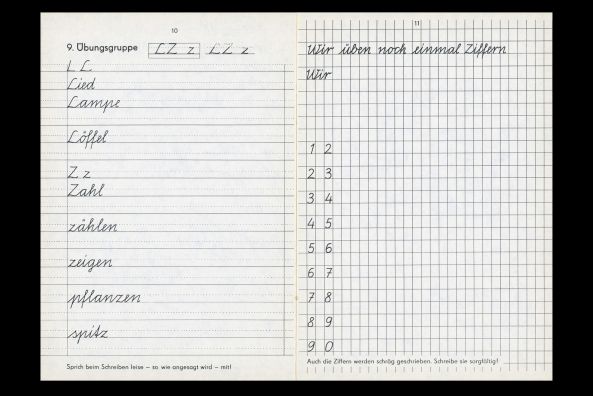 Nobody is in any doubt that computers and smartphones have had a palpable impact on the written word: the smaller the medium, the simpler the characters, the more reduced the language, the more informal the messages. The function of handwriting as the primary means of communicating information has been drastically reduced, and – where it still exists at all – it is predominantly confined to the private sphere: notes, infrequent picture postcards, letters. Who still uses handwriting? Either an older generation that no longer has any desire to befriend new technology, or a group that has already become almost elitist, using it quite deliberately as an alternative to the digital world, or out of nostalgia. Whether these technical developments will supplant handwriting, or even make it superfluous, is something no one at present can predict.

One of the key building blocks of day-to-day work in the Archives – deciphering or identifying a person’s handwriting – plays virtually no part in everyday life any more. Only the future can tell what a loss for cultural history this might mean.

Since 1999 the Academy Library has been curating the Berlin Calligraphy Collection. This brings together examples of handwriting in its freest form from the past forty to fifty years, alongside selected typographic works by the most famous calligraphers and font designers from Europe and even further afield. The Archives database at present comprises approximately 1,800 sheets and materials, which can be viewed in the reading room at 4 Pariser Platz.

In 2017 the Dresden-based typeface designer, calligrapher, and artist Renate Tost (b. 1937) donated a considerable part of her future calligraphic and typographic legacy to us. One of the special highlights of the collection are the handwriting samples, preliminary drafts, and original version of the alphabet for the standardised school handwriting system [Schulausgangs-schrift] that was established as a mandatory first step for schools of the German Democratic Republic in 1968. The basis for this was the introduction of a new curriculum that was intended to provide a more effective form of written language acquisition and aimed to revise didactic practice in handwriting classes.

The initiative for this came from Albert Kapr. As professor of font and book design at the Hochschule für Grafik und Buchkunst Leipzig, for three decades he had a decisive influence on the high quality of font and book design in the GDR, which was recognised internationally. Spurred on by his international contacts, he campaigned insistently for an improvement and simplification of school handwriting at the Ministry of National Education, and he delegated the research contract from the Central German Education Institute to his former student Renate Tost. Working together with the educationist Elisabeth Kaestner, from 1961 Tost developed a number of variants for changing the alphabet, and developed writing templates that were trialled in selected school classes. In 1968 the final draft led to the present mandatory standardised script, created on the basis of the humanist cursive. “The capital letters are simplified, the pattern of movement in lower case letters is […] designed to be easier and tighter. The distinguishing characteristics emerge more clearly in these simplified forms. This has decisive benefits for legibility: the capitals are less prone to errors of deformation caused by rapid writing or the individually determined handwriting style. […] Oriented towards utility, the forms provide a neutral starting point for the development of an individually formed handwriting style, because details are less rigidly prescribed than in the previous standardised system”(“Zur neuen Schulausgangsschrift 1968” [“The new standardised school handwriting system of 1968”], in Kunsterziehung 6 (1968), p. 8).

From the political perspective of the West, the script was seen as a further isolation of the East from the common German spirit. Positive voices praised its brisk and rational writing style and hoped for something similar in the West, but also realised, cynically, that reform initiatives would become stalled in federal turf wars.

Since the 1970s there have been two alternatives to substitute the “standardised Latin script” in Germany: the “standardised school handwriting” in the GDR, as already described, and the “simplified standard script” [vereinfachte Ausgangsschrift] in the West. Since the turn of the millennium the “basic script”[Grundschrift] has been in use. Its basic principle is to develop a personal hand directly from printed writing. At present, every federal state decides for itself how children learn to write – and the pros and cons of handwriting issues are the topic of much highly controversial discussion.

For fifty years now, Renate Tost’s scholarly work has maintained its place in everyday classroom life. Even today, the standardised school handwriting system is taught in some federal states, both East and West.

Author: Susanne Nagel, Curator of the Berlin Calligraphy Collection of the Archives in the Library of the Akademie der Künste, Berlin