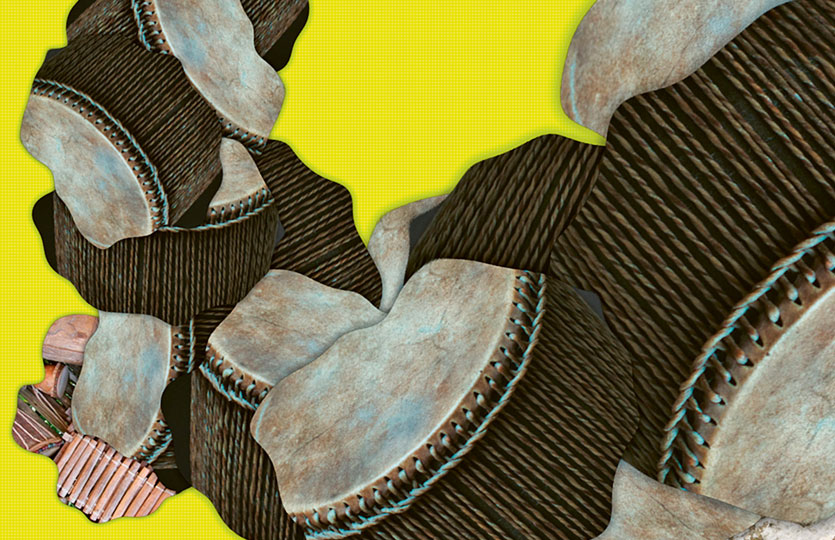 SOUNDINGS – Assemblies of Listenings and Voices Across the Souths

What do sounds and the concept of music mean to those musicians, sound artists and thinkers who do not recognise their tradition, culture or worldview in the globally dominant Eurocentric artistic and intellectual sound and music practices? Who derive their listening from other origins, other contexts, other myths, other models than those common in Western modernity? Who pursue their own attitudes to sound and music outside the Euro-American cultural and scientific establishment?

For five days, their listening habits, their aesthetic conditions, their forms of knowledge and their goals and hopes will be expressed and listened to in conversations, musical forms and discourses. Decolonisation, then, not as a process of relieving European cultural institutions, but as an opportunity to think, listen and sound without having to fit into Europe's sound histories at all: Discussions and listening situations that cut across those in the Global North. We invite attentive listeners and sound seekers from all over the world!

Under the title "Curating Diversity", the Akademie der Künste, inm - intiative neue musik berlin/field notes, Ultima Festival Oslo and the Sounds Now network have been hosting conferences since 2019. Following an Open Space in 2019 and a first hybrid symposium the following year, which were primarily led by the institutions, the second edition of the symposium saw the appointment of an Advisory Board to prescribe the thematic focus and formats. At the Summer School in August, the decision-making power shifts once again: decisions on content and planning are entirely the responsibility of the Steering Committee and the network that has grown up around it. The Academy of Arts, the inm/field notes and the Ultima Festival Oslo now support the project only as silent partners.