The Significance of Electronic Sound Art at the Akademie der Künste

On 4 July 1986, the Studio for Electroacoustic Music at the Akademie der Künste der DDR (East German Academy of Arts) was officially opened in the Hermann-Matern-Straße (today Luisenstraße). The founding of the Studio was the outcome of a long process, largely driven forwards by Georg Katzer (a member of the East German Academy from 1978) as well as others who actively supported this idea. However, the original proposal for such a studio, and the arguments in favour of it, actually date back to the 1960s.

Even as early as the 1950s, for example, Paul Dessau (East German Academy of Arts member in 1952 and Vice-President from 1957) championed the Labor für akustisch-musikalische Grenzprobleme (Laboratory for problems at the acoustics/music interface). When this research lab was set up in Berlin-Adlershof in 1956, it was integrated into the Deutsche Post in-house laboratory for radio and television (later the Radio and Television Research Centre – RFZ). Headed by Gerhard Steinke, the Labor für akustisch-musikalische Grenzprobleme was the first venue dedicated to experimental sound research in East Germany. The Music Section at the Akademie der Künste, in particular, was in close contact with the laboratory. In 1966 and 1967, this led to a cooperation in which the Akademie hosted the “Electronic Sound Art” symposia. Moreover, the contact to those involved in the RFZ laboratory continued even after the end of the project in 1970.

In East Germany, the authorities in particular regarded electronic music as ideologically suspect, since it was thought to represent some allegedly cosmopolitan formalism. This scepticism towards it only showed signs of abating again in the 1980s. Georg Katzer's initiative to establish a Studio for Electroacoustic Music also generated the KONTAKTE concert series launched in 1980, his monthly seminars on the history, aesthetics and technology of electroacoustic music, and his design for the planned equipment in such as studio.

As early as 1960, the Studio for Electronic Music at the Cologne public broadcaster Westdeutschen Rundfunk Köln (WDR) provided music for the ceremony to open the Akademie's new building in Hanseatenweg. In the subsequent years, Hanseatenweg also served as a venue for a range of electronic music events. Boris Blacher (West Berlin Academy of Arts member in 1955 and Akademie President from 1968) cofounded the Working Group for Electronic Music at the TU Berlin (Technische Universität Berlin) and encouraged cooperation with the electronic studio there. Such cooperation also resulted in the Music Section organising the “Week of Experimental Music / Congress for Electronic Music” in autumn 1964, which attracted various studios as participants, including ones from New York, Milan and Tokyo. Four years later in 1968, a follow-up event entitled the “Internationale Week of Experimental Music” was organised as a joint congress and held at the TU Berlin.

In the early 1980s, the influential Inventionen festival series was launched, once again together with the TU Berlin's electronic studio and in cooperation with the German Academic Exchange Service (DAAD). The main venue for the 1990 edition of the Inventionen festival was the Akademie's Hanseatenweg building. There, on 22 January 1990, the Studio for Electroacoustic Music at the East German Akademie der Künste also performed works by Lutz Glandien, Klaus Martin Kopitz, Helmut Zapf, Hermann Keller and Georg Katzer. 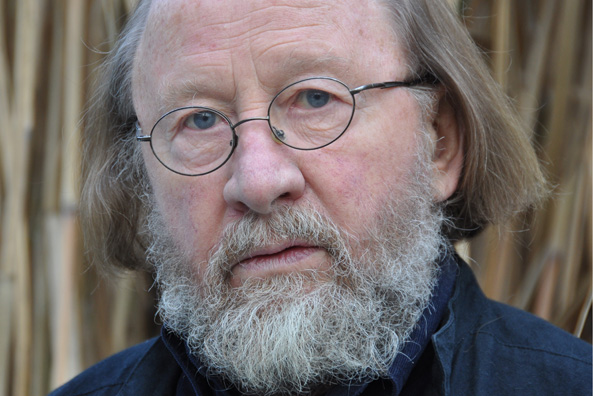