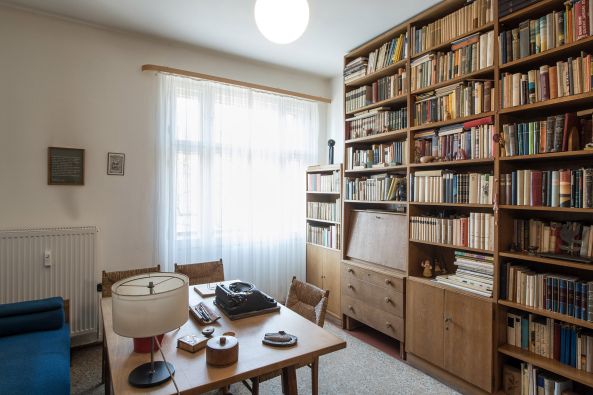 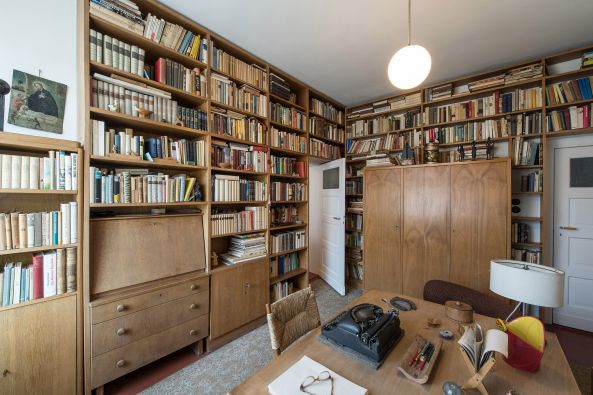 After the Nazi seizure of power, Anna Seghers spent fourteen years in exile, first in France and then in Mexico. She finally returned to Berlin in 1947. Born in Mainz in 1900, Anna Seghers enjoyed her first major literary success as a young writer in Berlin in the 1920s. Her return here after the end of the Second World War was largely motivated by her desire to live again in a city where she could speak her first language and write for a German-speaking audience. From 1950, she lived in Adlershof in East Berlin, initially in Altheider Straße. Five years later she and her husband Laszlo Radvanyi moved into the upper floor of a newly constructed three-storey apartment house at number 81 in Volkswohlstraße, today's Anna-Seghers-Straße. She lived in this apartment until her death in 1983.

I am quite indifferent to this apartment, but it has two places that I like – a corner in the window of my little bedroom – Ruth calls it a cabin –, a window corner with a view far into the distance, where you can imagine that there lies beyond the sea and ships, or something like that. And it’s also good to lie on the tiny little balcony, in the evenings I watch the birds and wonder why they are flying around, and think that humankind has not yet invented such a way of flying. ... And first and foremost: I can write a lot, and hopefully some of it is good.

People passing below her balcony in good weather could often hear the clatter of her typewriter. For Anna Seghers, this location, surrounded by the tops of the linden trees and so often windy, recalled writing on board ship on her Atlantic crossings. On her return voyage from her second trip to Brazil in 1963, she started her novel Überfahrt. Eine Liebesgeschichte which she finished in Adlershof in 1970/71. In a letter to her friend Wladimir Steshenski in 1956, she referred to the balcony at the front of her apartment as her ‘crow’s nest’. 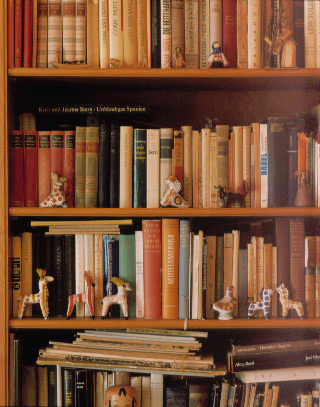 After Anna Seghers’ death, her home and study were preserved as a Museum, today managed by the Akademie der Künste. Not only does the apartment still have all the original furnishings, but also Anna Seghers’ personal souvenirs from across the world including a collection of stones and sea snail shells, as well as pottery and musical instruments from Mexico. Her private library, comprising around 10,000 volumes, is especially impressive. The books, in shelves in all four rooms and the hallway, include volumes with dedications by authors from many countries who were her friends. A permanent display case exhibition shows photographs and documents illustrating the life of Anna Seghers and her family. The exhibition includes first editions of her books, such as Das siebte Kreuz which appeared in 1942 in the USA as The Seventh Cross and became a worldwide success. In addition, editions of German writers in exile published by the Querido Verlag in Amsterdam are also on show, together with Anna Seghers’ dissertation presented at Heidelberg University in 1925.

Visiting the Museum is only possible on a scheduled tour. Tours take place on the hour.